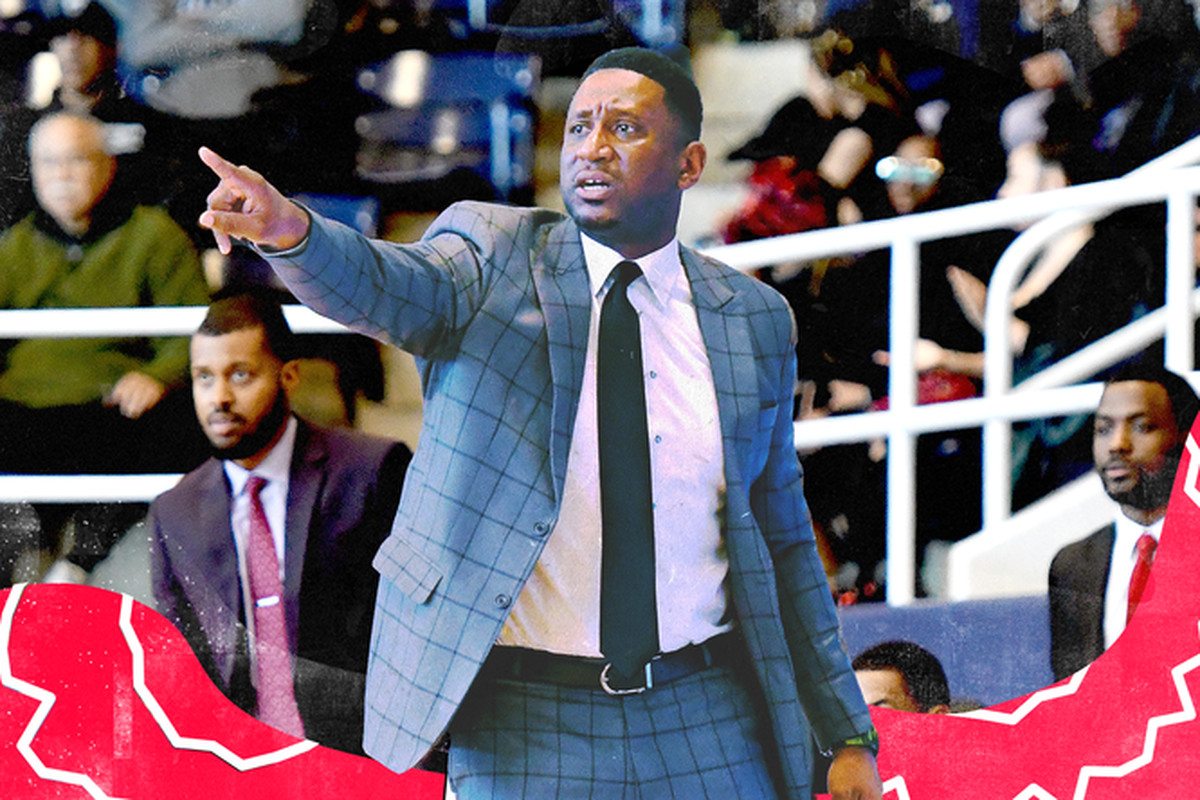 Former Duke products’ teams battle to the wire at Howard

Howard head coach Kenny Blakeney and Austin Peay head coach Nate James both played for Coach K at Duke. Their teams showed off their grit and determination in a down-to-the-wire battle at Howard.

WASHINGTON, DC – The teams of two former Duke players and Coach K proteges showed all the grit and determination indicative of the program from which the two coaches came in a hard-fought, after-Thanksgiving Day battle.

They fought through ten ties and 12 lead changes before Austin Peay (2-2) prevailed with an exciting 69-67 win. APU center Elijah Hutchins-Everett’s jump hook in the lane with :02 seconds left was the game-winner. After a timeout, Howard’s Kyle Foster got off a long range three at the buzzer that did not connect.

The new-look Bison, after a year in the spotlight based on the recruitment of now-departed five-star big man Makur Maker, have been impressive. Starting two freshmen and a sophomore, Howard is 4-3 including road wins over Bradley and William & Mary and close road losses to Tubby Smith’s High Point squad (73-63) and Jay Wright’s nationally-ranked (No. 5) Villanova team (100-81). Against Villanova, then ranked fifth in the nation, the young Bison squad only trailed by eight with 12 minutes left.

“I don’t think I did a good job of preparing my team for this game,” a disappointed Blakeney said after the APU loss Friday. “It’s a game I’ve been very concerned with. I knew they were a good program. They were coming off a big win against Dayton and I think the slippage that we had leading up this game slipped into what we were trying to get done and accomplished today. So I take complete responsibility for this.”

“We had 22 turnovers in the game and 11 assists,” said Blakeney. “I don’t think that you can beat anybody with 22 turnovers and 11 assists in a game and that’s something we’ve been talking about and something that we’ve tried to have a more consistent effort in, with having more assists than turnovers.”

Freshman point guard Elijah Hawkins – like Blakeney a product of the local famed DeMatha High School program – had 16 points and 11 assists but six turnovers against Villanova. He had 11 points and five assists vs. APU but also gave the ball away six times while logging 32 minutes. Freshman off-guard Bryce Harris had five turnovers to go along with six points.

“When you’re playing a young guy (point guard Hawkins), and playing him a lot of minutes, you have to go through the growing pains and these are some of the growing pains that we’re going through,” Blakeney said. “We had two freshman who had 11 turnovers. So you have to take the good with the bad sometimes.”

Austin Peay has also shown promise in the early season under James. The biggest win for the Governors (3-2) was on the road at Dayton, 87-81. It was the first win ever over the Flyers and the first time Austin Peay, a member of the Ohio Valley Conference, has beaten an Atlantic-10 program. Dayton has since posted wins over Miami of the ACC (76-60) and national power Kansas (74-73).

James’ team however could not shake the Bison.

The back-and-fourth started early with the teams tied six times in the first half and neither team building more than a four-point lead. The last tie was at 36-all on a 3-pointer by APU’s Cameron Copeland with 1:39 to play in the half. Copeland, who scored 16 first-half points, hit a layup in the final minute to send the Govs into the half with a 36-34 lead.

The tight game continued in the second half. Howard took its first second-half lead at 52-49 on a 3-pointer by Tai Bibbs at the 9:54 mark. The Bison grabbed their biggest lead, and the largest lead for either team in the game, at 59-51 on a layup by Deven Richmond with 7:15 to play.

From there, APU went on a 11-3 run culminating in a fastbreak three from Tariq Silver to tie the game at 62 with 4:04 left. The Governors went ahead at 64-62 on a jumper in the paint by Hutchins-Everett with 2:53 to play. Down 67-64 in the final minute, Howard tied the game at 67 after a steal by Steve Settle and a game-tying 3-pointer from the wing by Foster with a half-minute left.

Hutchins-Everett’s game winner came after a mad scramble in the lane.

Copeland did not score in the second half and finished with 16 points to lead the Governors. Hutchins-Everett and Silver each had 14 points while Caleb Stone-Carrawell had 10. Point guard Carlos Paez had nine points, five assists and four steals with just one turnover.

Bibbs and Foster both had 12 points to lead Howard. Devon Richmond added ten.

Howard is back on the road Tuesday at Mount Saint Mary’s before returning home for two local games. The Bison play at home vs. American on Dec. 4 and then at Georgetown on Dec. 15.

Former Duke products’ teams battle to the wire at Howard