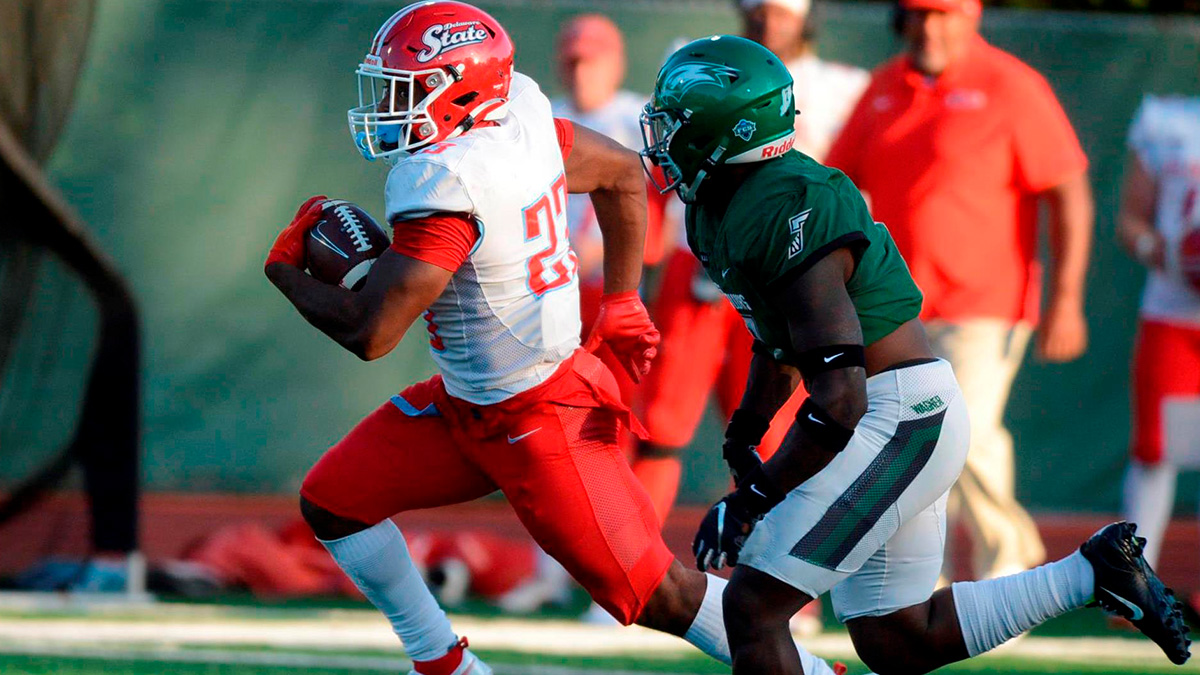 Delaware State running back Sy’Veon Wilkerson is leaving via the transfer portal after an impact 2021 freshman campaign.

Sy’Veon Wilkerson was one of the key figures in Delaware State having one of its best seasons in the last decade. But the talented running back will soon bar looking for lanes behind a new offensive line as he’s entered the transfer portal.

Wilkerson announced his intention to transfer on Wednesday afternoon.

“I truly appreciate Delaware State for giving me an opportunity and I will miss the brotherhood that I formed with the guys. I’m grateful for it all and even more grateful for what’s to come. With that being said, I have entered the transfer portal with three years of eligibility remaining.

Wilkerson led the MEAC in rushing attempts as a freshman (220), while finishing second with 848 rushing yards and eight touchdowns — both behind fellow rookie sensation J.J. Davis of Norfolk State. He was named first-team All-MEAC along with Davis on Tuesday and is a finalist for the Jerry Rice Award, given to the top freshman in FCS football.

The 5’8, 205 pound back from Eldridge, MD had a big debut in the season opener, scoring three touchdowns and rushing for 92 yards in a 32-24 win over Bowie State. He also had a big game against Wagner rushing 40 times for 169 yards and a score.

It’s a big blow for Delaware State, whose 5-6 record was the best since it hit that mark in 2013.

Just a few weeks before Wilkerson’s announcement, DSU head coach Rod Milstead made mention of how the transfer portal hadn’t been particularly good to his program.

“I can’t make a kid stay in my program. I can do everything I can to treat him like I treat the other 104, “he continued. “But there’s no guarantee that kids are going to stay in the program and continue to trust the process, which I always say all the time. It takes time.”