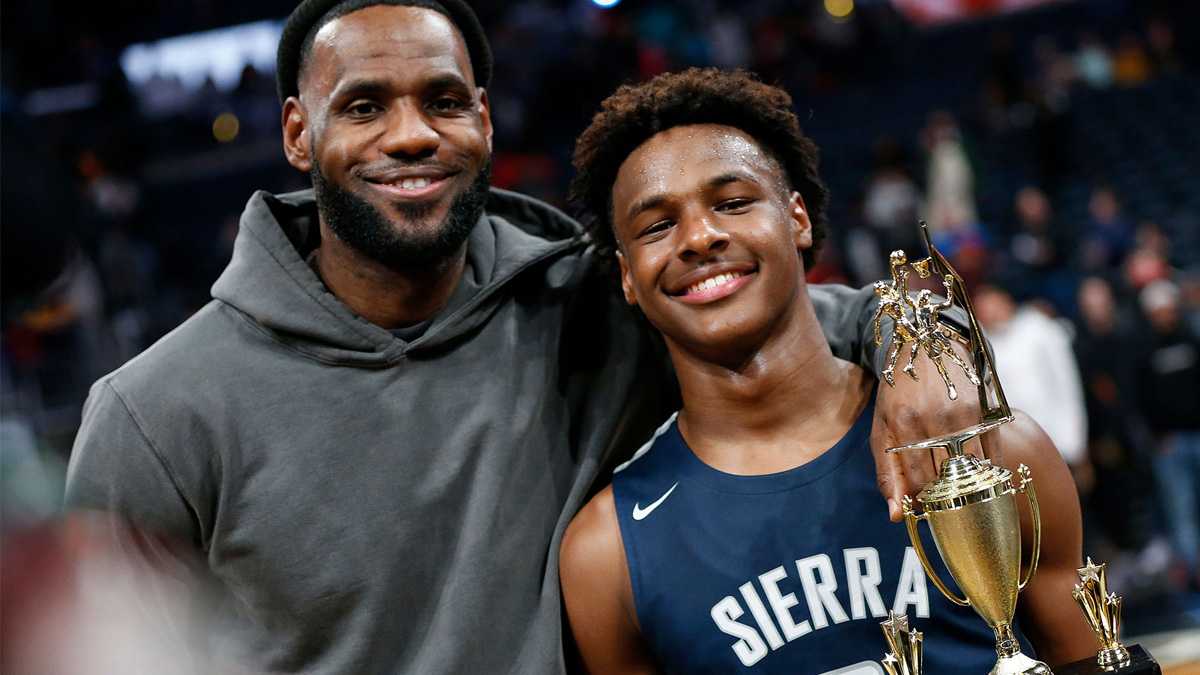 It may be a long shot, but LeBron “Bronny” James Jr. has an offer from an HBCU.

North Carolina Central picked up a big win on Saturday, but the program is eyeing another big win, even if it is a longshot.

NCCU has offered LeBron James Jr. AKA “Bronny” a scholarship according to Verbal Commits, a recruiting website. James is a freshman at Sierra Canyon (CA) High School, and the son of NBA superstar LeBron James.

Currently a 6’2 guard, 15-year-old James is still three years away from graduating high school. Because of his father’s name and his game, however, he’s already a household name and will likely be highly-sought after in the class of 2023.

This wouldn’t be the first time that NCCU has gone after a big-name recruit. NCCU head coach LeVelle Moton continued to recruit Raleigh prep sensation John Wall when it was clear that he was Power Five bound when the Durham school was just a few years into Division I basketball.

For now it looks like NCCU is a long shot, but there’s plenty of time before Bronny James has to make his “decision.”