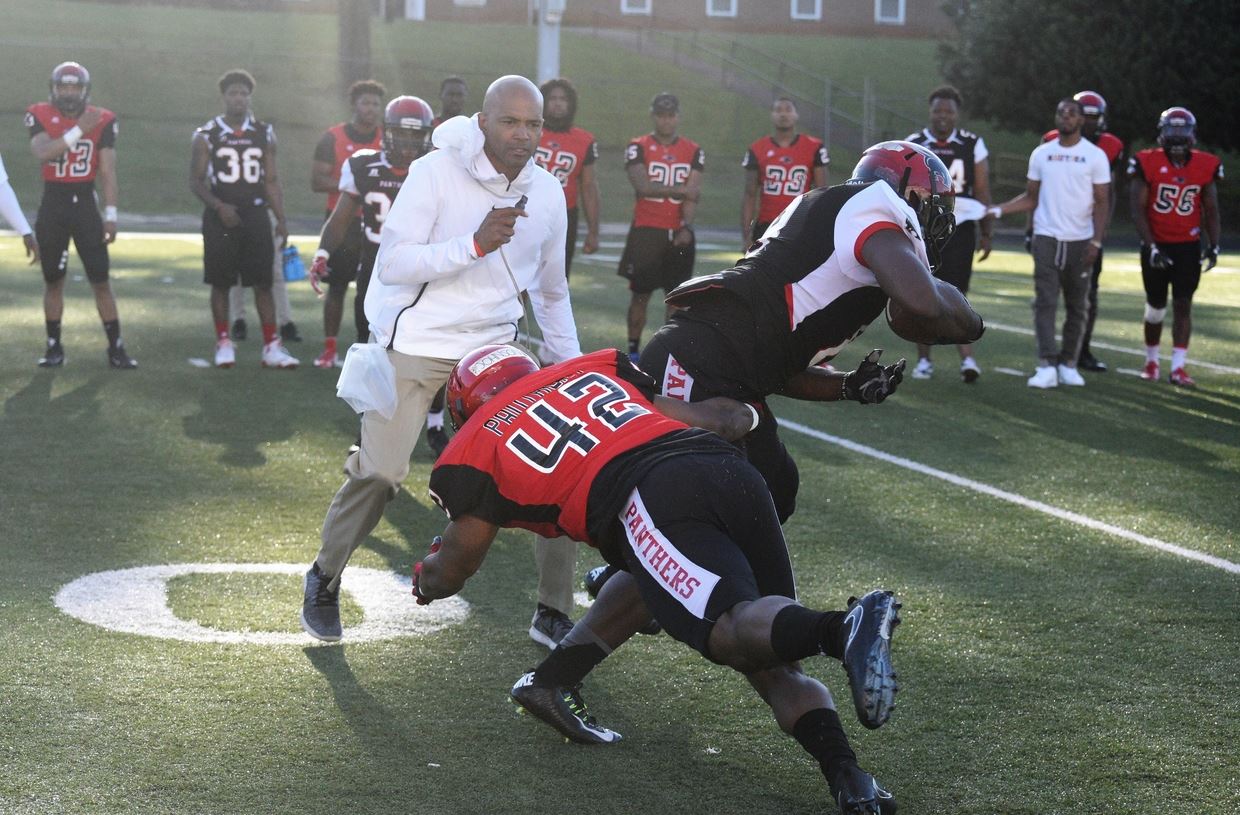 Bowens out at Clark Atlanta after 20 games

The Panthers will be moving on to their third coach in the last five years.

The man hired to turn around the Clark Atlanta football program was relieved of his duties on Thursday. Tim Bowens the head coach for the past three years is now out.

“I appreciate the hard work that Tim Bowens has put in the past three years,” said Clark Atlanta University Athletic Director Dr. J Lin Dawson. “As head of this Department, I pledged to make sure that we meet and exceed high expectations on the field and
off, and sometimes that requires some hard decisions. Bowens is a very high-character leader and I appreciate his service and commitment to Clark Atlanta University athletics. I wish the best for Tim and his family in the future.”

Bowens was hired by Dawson in March of 2019, taking over for Kevin Ramsey. Bowens came to CAU from Georgia State University where he was the running backs coach. He played collegiately at the University of Alabama. At the time Dawson expected the two to field a championship caliber team.

“Tim embodies the qualities that I see in most successful coaches, primarily transformational leadership, passion and an unsurpassed work ethic,” Dawson said at the time.

“I look forward to partnering with him as we win championships, graduate student-athletes and develop them as leaders.”

What was unforeseen at the time was an oncoming pandemic that would wipe out the 2020 fall season and the 2021 spring practice for many teams. Combined with an 0-10 start in his first season, it was two and a half calendar years before the Panthers experienced a win under the watch of Bowens. He finished with a 2-18 record as the head coach. The Panthers were outscored by an average of 11 points per game in 2019. In 2021 the deficit rose to nearly 17 points per defeat.

Statistics don’t measure the man. Bowens had a smooth personality that mirrored that of a Tony Dungy type. By my personal observations he nurtured a family atmosphere with his staff and players. Prior to the pandemic he attended church service with some of his players who wished to attend.

But in college athletics winning is the name of the game and Clark Atlanta will try it again. The next coach hired will be the third of the Dawson era at CAU. He inherited Ramsey before hiring Bowens.

A national search will begin immediately to identify the next head coach of the football program according to Thursday’s release.

“The Clark Atlanta University football program is one of the most attractive and tradition-clad programs
in our conference and among all HBCUs. I look forward to identifying the next coach to lead this
program forward,” Dawson said.

Bowens out at Clark Atlanta after 20 games