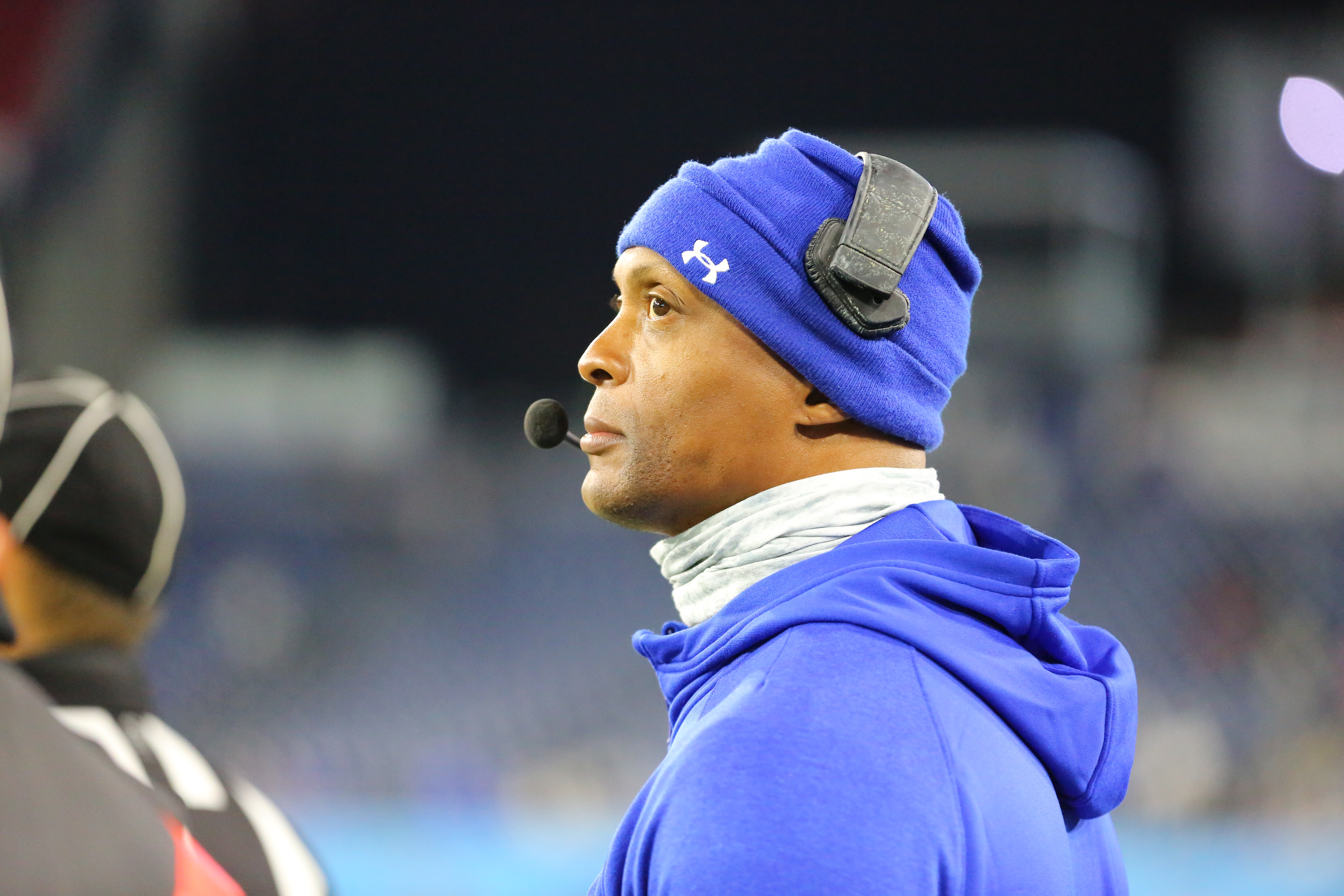 When 2021 started, Eddie George had no thoughts or desires to be a football coach. Now the Tennessee State head coach has had to extinguish rumors that he’s a candidate for an FBS job.

Eddie George is only 10 games into his career as a college football head coach and he’s already being mentioned for bigger jobs.

The rookie Tennessee State head coach’s name came up as a potential candidate for the vacancy at Akron, according to Bruce Feldman of The Athletic. But George was quick to shut down any potential chatter regarding that job.

“My commitment is to Tennessee State, and I don’t want to send any mixed messages,” George told The Tennessean. “I am just enjoying my boys, trying to build this program in the right way. We had a great recruiting weekend. We’re trying to get the right recruits in, and I am just focused on getting my offense back up and ready for the game the week.”

“This is the first I am hearing about this,” George told The Tennessean about the Akron job. “I am just focused on finishing the season strong at Tennessee State.”

Tennessee State will finish the 2021 season on Saturday when it takes on Mississippi State of the SEC.

George is currently in the first year of a five-year deal that pays him $400k per season.

Eddie George was hired to take over TSU this spring despite having no previous coaching experience at all, and according to him, no desire to coach. After a slow start, his team went on a four game winning streak, something it hasn’t done in more than half a decade. It’s currently on a two-game skid, but just like TCU’s interest in Deion Sanders, it hasn’t taken long for the former NFL star to start gaining notoriety coaching at an HBCU.

With several other HBCU jobs opening up as the season ends, don’t be surprised if other former NFL players looking to get into coaching don’t work themselves into the mix at HBCUs.