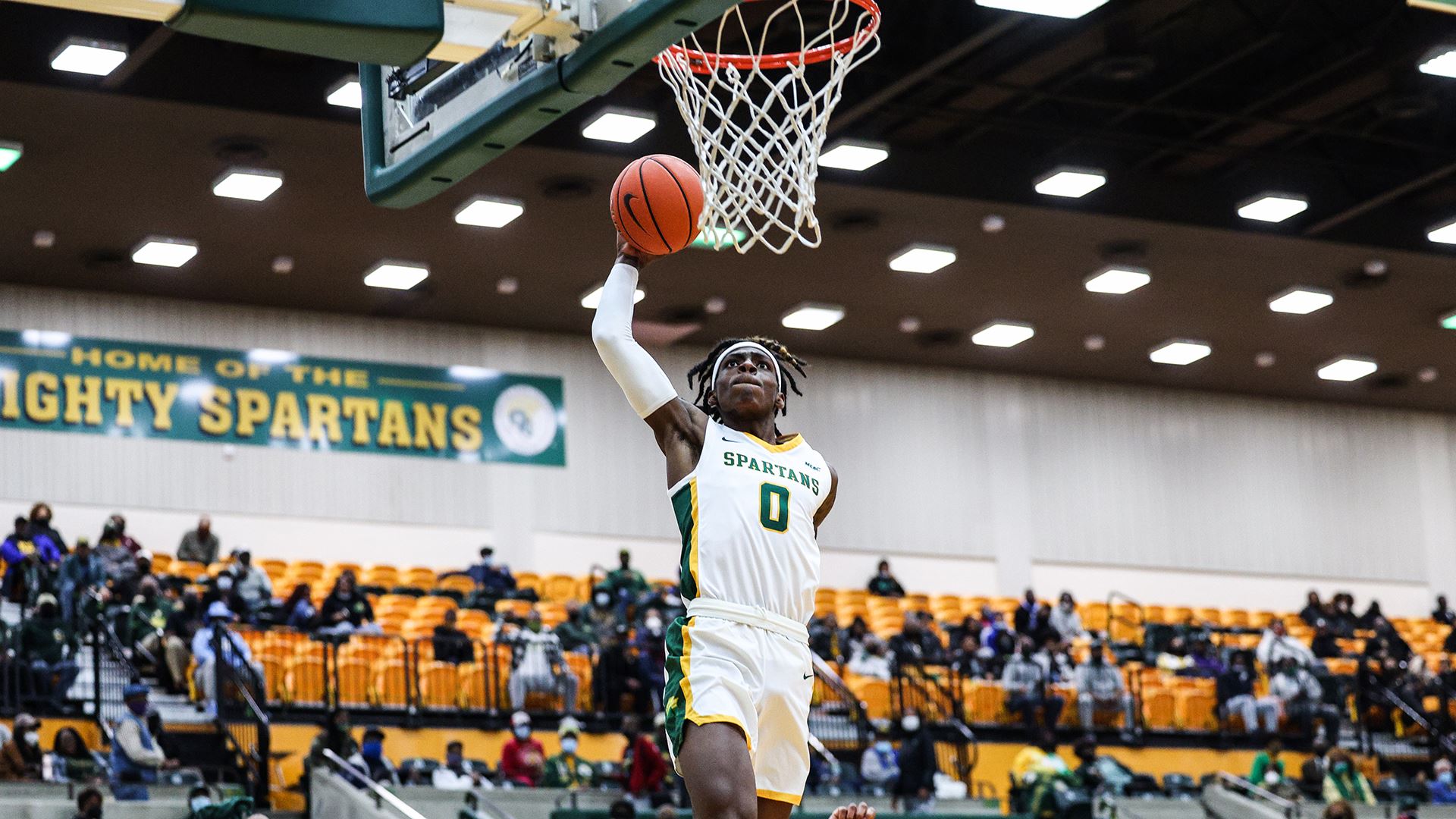 Norfolk State is 4-0 for the first time as a Division I men’s basketball program after knocking off William & Mary.

The Spartans improved to 4-0 on the season, their best start since the 1988-89 season, while the Tribe fell to 0-3 in the first-ever meeting between the teams in Norfolk.

NSU displayed its efficiency and athleticism throughout, shooting 57 percent from the floor, 47 percent from deep. Five Spartans scored in double figures on the night, but Ings was the story. The Rider transfer, whose previous career high was 15 coming into this season, hit his first 10 field goals on the way to a 12-for-15 night which included a variety of acrobatic driving layups, two 3-pointers and a pair of dunks. He was perfect from both the free-throw line (5-of-5) and beyond the arc (2-of-2).

With the scored tied 8-8, the Spartans went on a 15-3 run to take a 23-10 lead. Ings had eight points in the run, Nyzaiah Chambers four and Daryl Anderson nailed a 3-pointer in the spurt.

W&M responded with three straight 3-pointers by Yuri Covington, who scored a team-high 14 points. But NSU closed the half strong, outscoring the Tribe 14-3 over the final 3:19 of the period. Ings had five points, Cahiem Brown four and Ings capped the run with a dish to Chambers for a slam that made it 47-30 in NSU’s favor.

The second half was more of the same. Ings’ driving layup pushed the lead to 20 for the first time at 60-40. Kris Bankston and Ings threw down vicious dunks on consecutive possessions to get the crowd on its feet. The lead eventually swelled to 31, 87-56, on a jumper by Joe Bryant with 3:58 left.

Norfolk State hits the road for its next two games, beginning with a 5:30 p.m. matchup Friday against Bowling Green.