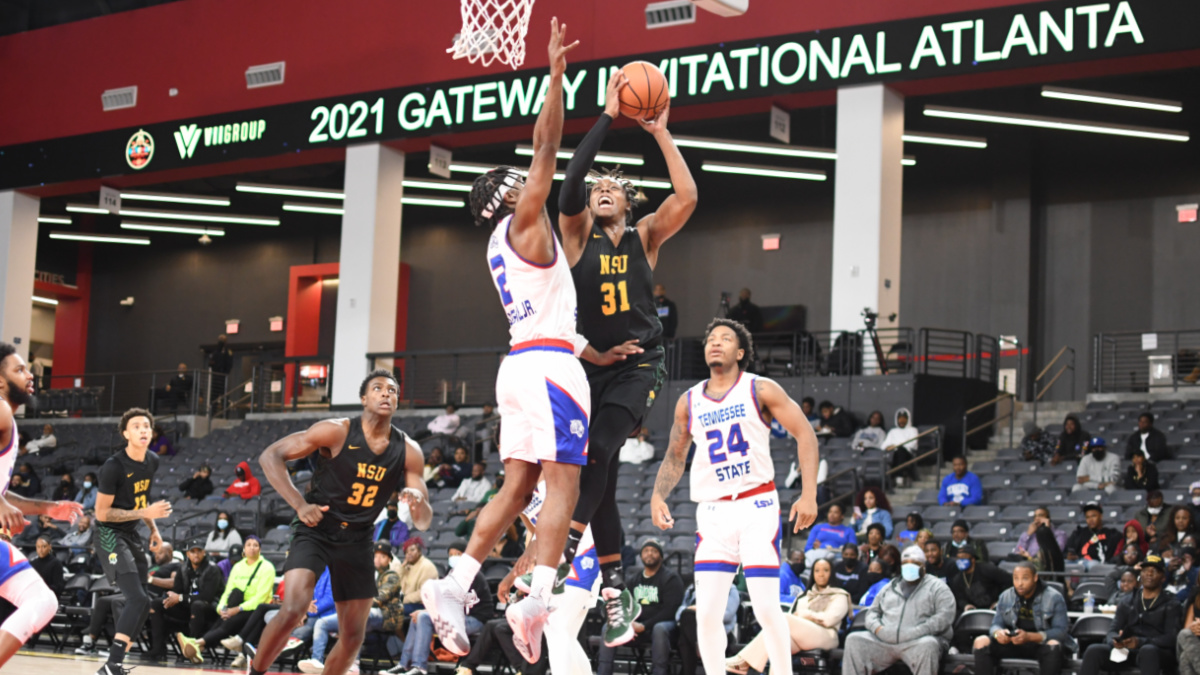 The Norfolk State Spartans are off to a 3-0 start after taking down Tennessee State at the Gateway Invitational in Atlanta.

The Norfolk State University Spartans are off to a 3-0 start after taking down Tennessee State 66-59 at the Gateway Invitational in Atlanta, Ga. This was the first men’s basketball matchup between the Spartans and Tigers in program history.

THE SPARTANS OR THE SWIPERS?

The Spartan’s defense grabbed 15 steals and forced 30 total turnovers in their win over the Tigers. The team was able to convert 22 points off of the turnovers created. The defense was the name of the game for the Spartans.

“We’re playing defense and it is a good thing right now that we have to keep up,” Norfolk State University Head Coach Robert Jones told HBCU Gameday.

“We keep emphasizing it in practice and force turnovers in the games.”

Senior guard Joe Bryant was the leading scorer in the game with 26 points, six rebounds, and four steals. The floor general is averaging 19 games so far this season. The Tigers had no answer for his finish at the rim and had to resort to fouling to slow him down. Bryant was 14-14 from the free-throw line.

“I stayed locked in and executed the game plan,” Joe Bryant explained.

“We just wanted to show who was the best HBCU and clearly it was us.”

TSU IS DOWN BUT NOT OUT

The Tennessee State University Tigers are now 0-2 on the season. The Tigers do need to clean up their ball-handling if they want to make some noise in the OVC. The Tigers shot well at 45% from the field and 36% from the three. The team just could not take care of the ball in crucial possessions. TSU will look for their first win against Fisk at home on Tuesday. The Norfolk State Spartans are set to face William and Mary at home on Tuesday.