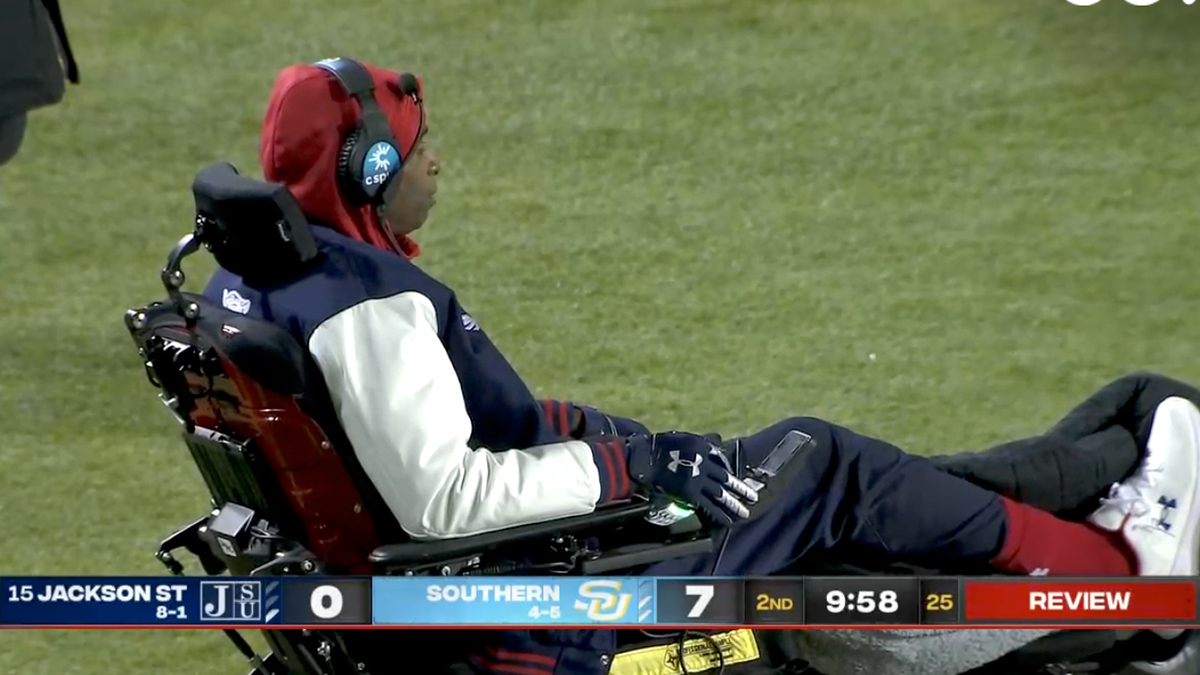 Deion Sanders made his return to the sidelines on Saturday and his team responded with a win over rival Southern.

Deion Sanders rejoined Jackson State on the sideline for the first time in nearly a month and the team delivered him the biggest win of his career.

Jackson State rallied from a ten-point fourth quarter deficit to come away with a 21-17 win over Southern University in Baton Rouge, LA. The win ended a nine-game losing streak to SU, but more importantly, it clinched the SWAC East title and a spot in the SWAC Championship Game.

JSU’s offense struggled for much of the game, but it came alive behind freshman Shedeur Sanders. Sanders threw a pair of fourth quarter touchdowns to redshirt freshman Malachi Wideman. Down 17-7, he found Wideman for a 13 yard score with 5:42 remaining in the game. Four minutes later he threw the game-winner to Wideman for a 50 yard score to give JSU the lead for the first time all game with 1:52 remaining.

Southern still had time left to try to win the game, but the win was sealed with a late interception by Shilo Sanders as both sons of Deion Sanders made big plays down the stretch.

Things got chippy at the end of the game as Jackson State brought out its flag to midfield and Southern took exception to it, but it appears to have been broken up without any major instances.

Shedeur Sanders had an up-and-down game by his lofty standards, throwing two interceptions before tossing his two touchdowns. He completed 24 of 31 passes for 260 yards.

JSU improved to 9-1 on the season with the win as it clinched its first division title since 2013. It will return to Mississippi Veterans Memorial Stadium on Saturday to host Alcorn State before hosting the SWAC Championship Game on Dec. 4.