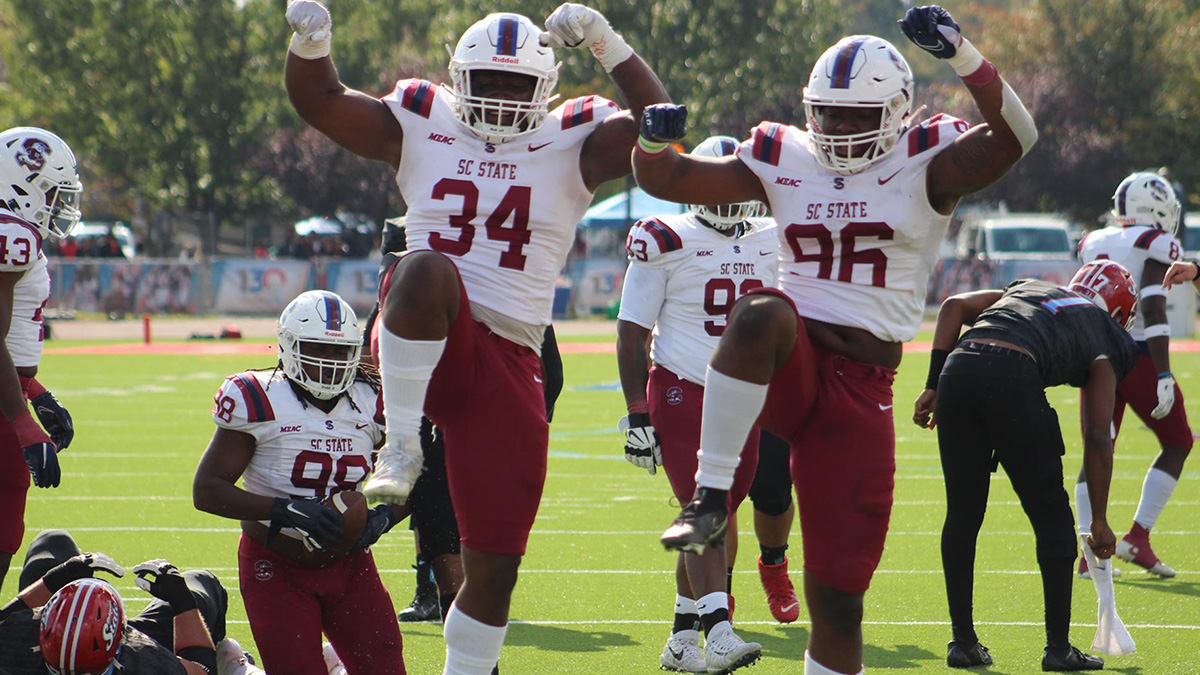 South Carolina State lost to rival North Carolina A&T on Saturday, but ultimately won a bid to the Celebration Bowl.

SC State (5-5 overall, 4-0 MEAC) has clinched at least a share of the MEAC title. Norfolk State’s loss to Delaware State means that even if it loses next week’s matchup against NSU, it will — at worst — be tied with North Carolina Central,  whom it beat on Oct. 30.

That means that South Carolina State will meet the SWAC winner in Atlanta on Saturday, Dec. 18. It will be the first trip for SCSU. Only North Carolina A&T (2015, 2017, 2018, 2019) and North Carolina Central (2016) have represented the conference against the SWAC in the game’s first

Norfolk State started the day with a chance to win at least a share of the title and go to the Celebration Bowl. And it looked like it would do so as it went into halftime with a 26-0 lead over DSU on the road in Dover. But DSU came out a different team in the second half, scoring 28 points. And so did NSU, going scoreless over the last 30 minutes. It was the second time in as many games that NSU allowed a 20-plus lead to turn into a loss as it led 21-0 with 14:56 remaining in the second quarter.

SC State got the news that it was going to the Celebration Bowl about the same time that North Carolina A&T took the lead on its old MEAC rival. A&T beat SCSU 27-17 in Orangeburg.

NC Central’s 45-27 win at Howard on Saturday improved its MEAC record to 3-1. If it beats Delaware State at home in Durham next week it could win a piece of the title. But its 30-27 loss to SC State gives SCSU the head-to-head which would be the first tie-breaker.

Alcorn State, Prairie View, Jackson State and Florida A&M are all SWAC Championship Game scenariosstill in the running to represent the SWAC in the Celebration Bowl.