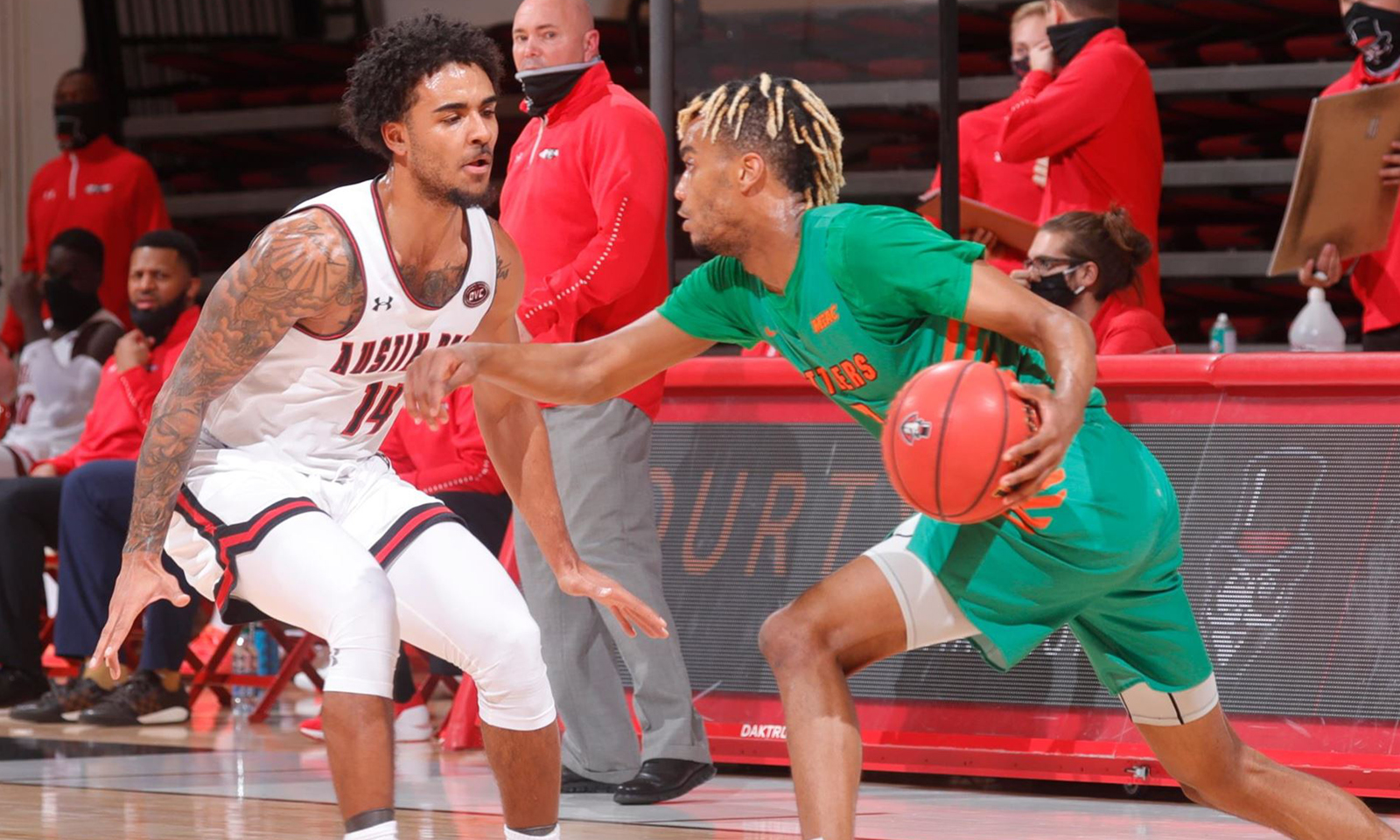 FAMU opened up the season with a competitive effort but a losing result. MJ Randolph was in midseason form.

The Florida A&M (FAMU) Rattlers took Kansas State deep into the second half trading leads, but in the end Kansas State would prevail 67-57.  The star of the show was FAMU senior MJ Randolph who scored 27 points.  Jalen Spear would be the only other Rattler in double figures with 10 points.

Kansas State would have three players to finish in double figures with Nijel Pack leading the way with 18, Mark Smith adding 12 and Selton Miguel chipping in 10.

“I thought we played very good basketball for 30 minutes.  It was down the stretch where we hit a wall and K State took advantage of it and kind of got beyond our reach.  I thought we played well against a Big 12 opponent on the road.  I like the way we competed,” he said.

Turnovers, triples do FAMU in

Both teams shot 42 percent from the field.  The difference would be in three-point shooting.  While FAMU made three, K State made nine.  KSU shot 40 percent from the 3-point arc.  FAMU would come away with the lead in free throw percentage at a clip of 71.4% to 64% for KSU.

KSU held the rebounding edge with 41 to FAMU’s 32.

If the Rattlers are going to be competitive in the SWAC, they will have to cut down on turnovers.  The Rattlers had 17 miscues with possession.

FAMU has a solid break before it gets back on the court next. It will host Lemoyne-Owen of the SIAC on Monday, Nov. 15 before traveling to Coral Gables, FL to take on the University of Miami on Nov. 21.