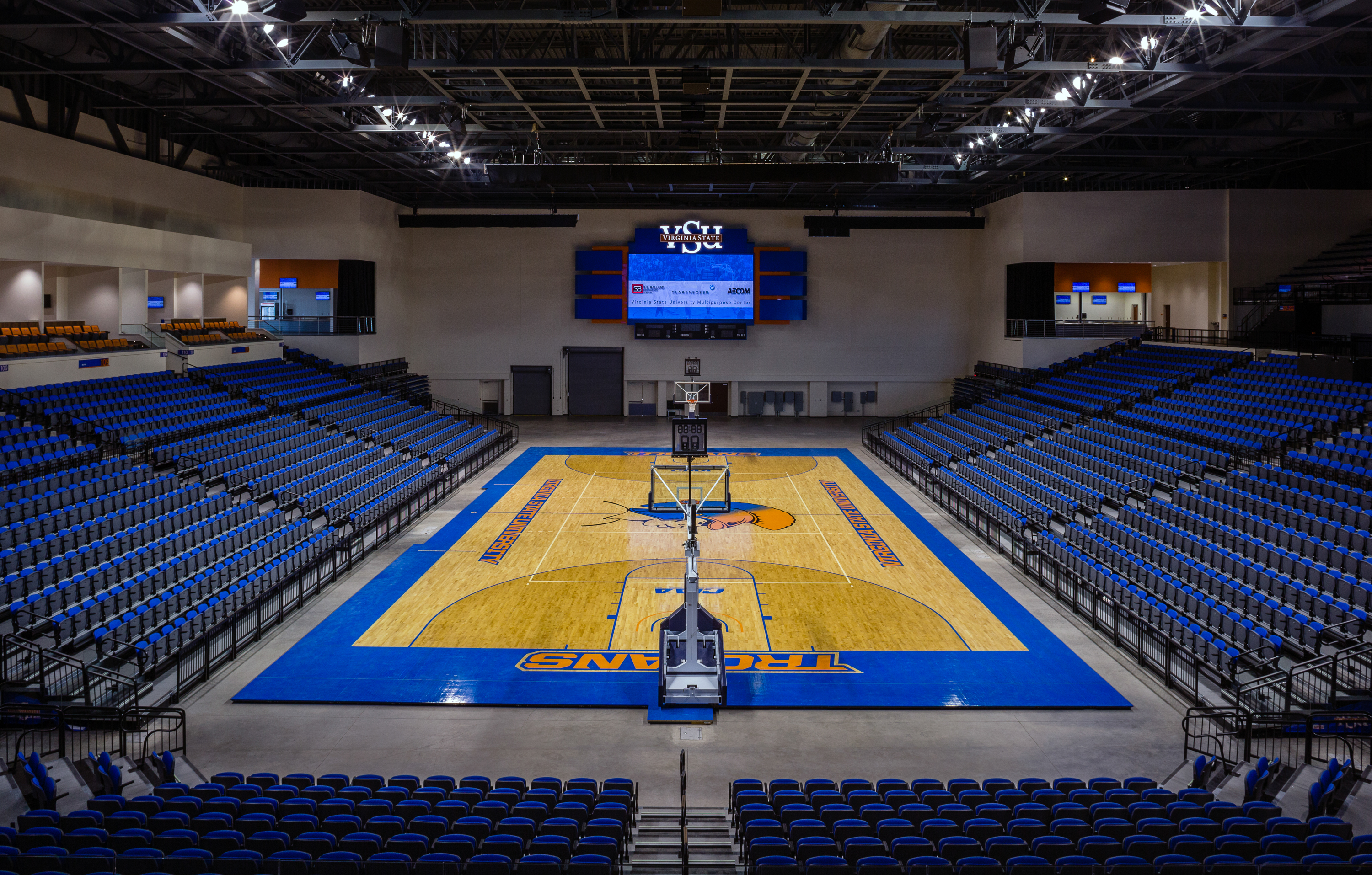 Virginia State will host an impromptu/unofficial “CIAA/PSAC Challenge” this weekend in its multipurpose center as NCAA Division II basketball tips off.

The Virginia State men’s basketball team will open the season hosting the Trojan Tip-Off Classic, as the Trojans will welcome Mansfield University, Shippensburg University and Virginia Union University to the VSU Multipurpose center. This tournament could also be called the CIAA/PSAC challenge as the conference foes will attempt to join forces to take down the PSAC conference. This weekend’s slate of games goes as follows:

Last Time Out
The Trojans defense dictated play in the opening 20 minutes as Virginia State held a 38-32 lead at the intermission with the Gators shooting 30 percent.

Francis Fitzgerald and Dajour Ruckers tied for the game-high 12 points as the two played the most minutes of anyone on the VSU roster. The two shot extremely efficiently upholding a field goal percentage of 50% or more.
Jordan Hernandez nearly recorded the season’s first double-double with 11 points and eight rebounds along with three blocks and an emphatic put back dunk.

Antwan Miles dropped a game-high four dimes accompanied by four points and four rebounds in the afternoon match up.
The Trojans dominated the paint as 48 of the squads 75 total points came in the painted area.

Free throws assisted VSU in upholding the lead as VSU attempted 31 while the Gators shot 19.

Scouting the Mountaineers
The Mountaineers of Mansfield University are a part of the Pennsylvania State Athletic Conference (PSAC). The Mountaineers have had an extremely rough go of things with their last winning season dating back to 2010. Last season Mansfield finished the regular season 6-21. That being said, one of those wins came early in the season against, CIAA member, St. Augustine’s, 100-95.

Defensively the Mountaineers were solid accounting for nearly six steals per game along with three blocks per game. Jaz Ferrell is the leading scorer (7.7) returning from the 2019-2020 season shooting 40% from the field and 34% from beyond the arc while also accounting for 17 steals (second on team). Eli Alvin averaged 7.2 points per contest while upholding a 47% shooting percentage. Alvin also led his squad in steals with 19. The Mountaineers have a young squad as 10 of the teams 16 players are freshman.

Scouting the Raiders
The Raiders of Shippensburg University are a part of the Pennsylvania State Athletic Conference (PSAC). This will be the first of two meetings between the Trojans and Raiders as the next meeting will take place January 2, 2022 at Shippensburg. The Raiders were the PSAC runner-ups in the 2019-2020 season finishing the season 24-7 and made the NCAA Men’s Basketball playoffs before the cancellation of the season due to the pandemic. The Raiders went on a 10-game winning streak, which lead them to an 18-4 conference record. Offensively, the Raiders outscored their opponents by nearly 10 points while upholding a 35% three-point percentage. Defensively, SU averaged 5.7 steals per game while outrebounding their opponents by eight. The Raiders leading scorer Jake Biss will be returning for his senior season as he brings 15.9 points per game back to the team. Dom Sleva is the leading rebounder for the Raiders averaging nearly seven rebounds per game.