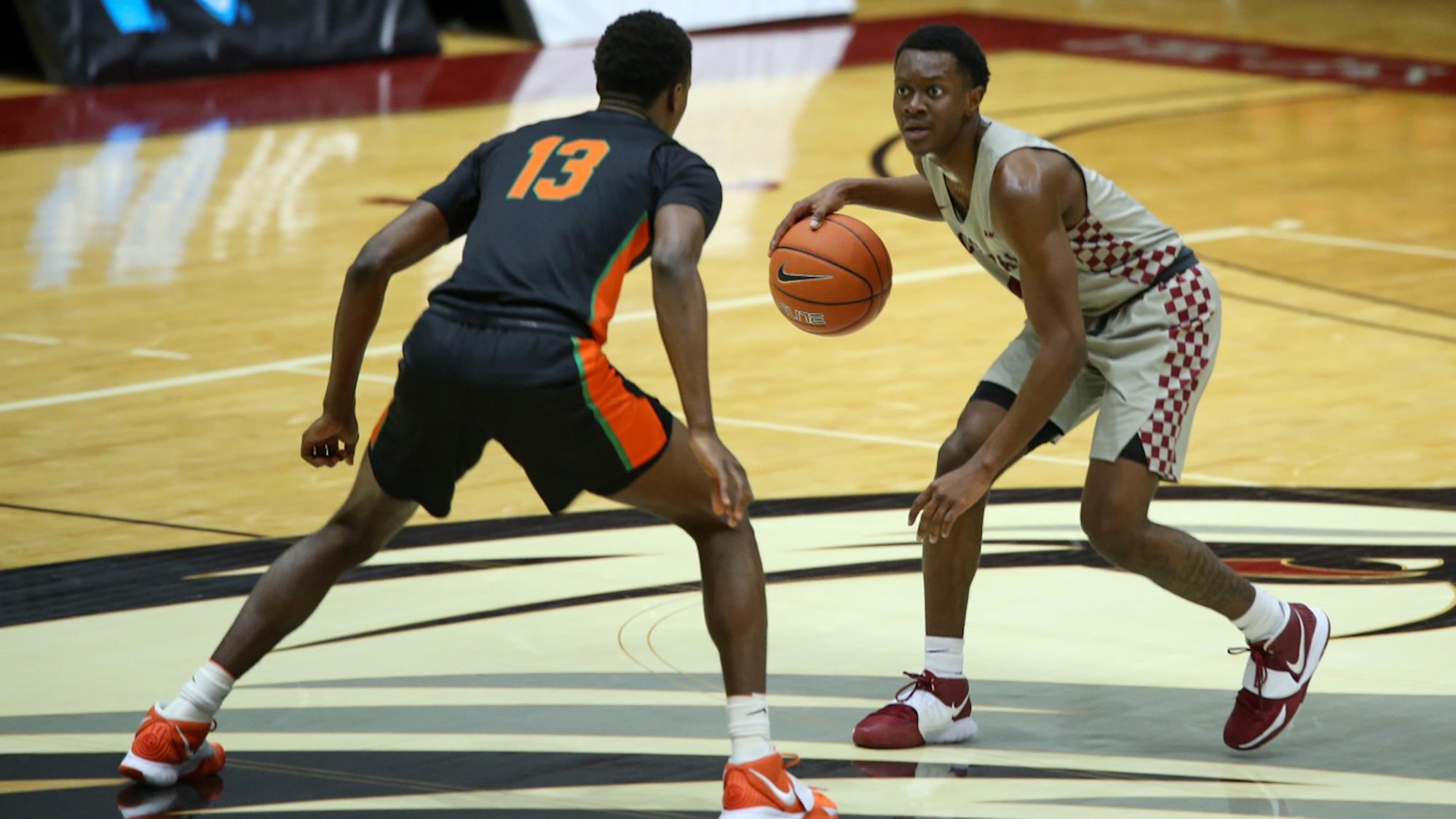 NC Central tripped up by Richmond in opener

New-look NC Central got off to a fast start in it’s 2021-22 opener against Richmond before running out of gas.

RICHMOND, Va. – North Carolina Central University used blistering 3-point shooting to jump out to a 14-point first-half advantage on the road at the University of Richmond, but the host Spiders crawled their way back for a 70-60 season-opening victory at the Robins Center on Tuesday night.

NCCU torched the nets on 8 of 14 shooting from long range in the first 15 minutes, including back-to-back triples by Asanti Price and Alex Caldwell to cap a 22-8 run and provide the visiting Eagles with a 33-19 cushion with 5:05 remaining before intermission.

However, the Eagles missed the mark on their last three 3-pointers of the first stanza, while the Spiders slashed the visitor’s lead to just five points, 36-31, at halftime.

The struggles from long distance continued in the second half, as NCCU converted just 1 of 9 from behind the arc after the break.

Facing a five-point halftime deficit, Richmond stormed out of the locker room with a 16-4 run to take a 47-40 lead, one the Spiders never relinquished. The home team opened up a gap of as much as 13 points before settling for the 10-point triumph.

While the teams finished with the same number of field goal attempts (58) and a nearly identical shooting percentage from the floor (NCCU 40%, Richmond 41%), the disparity came at the free-throw line. On the night, the Eagles were perfect in their five attempts from the charity stripe, but Richmond was afforded 16 more attempts from the foul line and converted 16 out of 21, resulting in an 11-point advantage.

Still, NCCU did not help its cause with 21 turnovers, which translated into 22 points for the Spiders, compared to 15 points-off-turnovers for the Eagles.

Caldwell topped NCCU with 17 points on 6-for-8 shooting from the field, making all four 3-point shots, while adding six rebounds and five assists.

Marque Maultsby was the Eagles’ only other double-digit scorer with 11 points on 5-for-7 shooting.

Up next, NCCU visits the University of Memphis on Saturday, Nov. 13 at 7 p.m. (ET) inside FedEx Forum.

NC Central tripped up by Richmond in opener