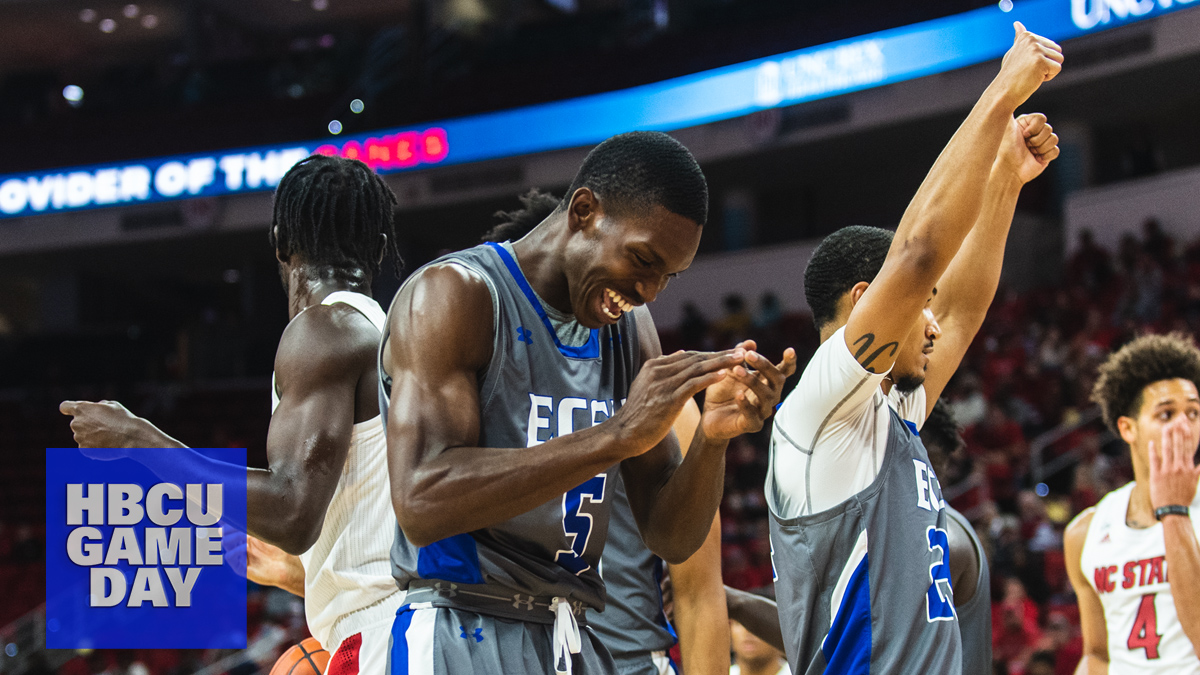 Elizabeth City State played an ACC opponent after 600 days and held it’s own on the court and the sideline.

RALEIGH — Dr. Karrie G. Dixon’s face was covered with an Elizabeth City State Viking mask, but you could feel her smile coming through blue material.

And while they didn’t pull off the upset, Dixon’s Vikings held their own against the ACC squad. It had been something she had eyed since she arrived at the school a few years back.

“I wanted to make sure we played the big boys — we played NC State and that we take on Carolina on Friday,” Dr. Dixon said after the game. “I’m very happy that we were able to play my alma mater, but moreso that the guys came out here with a great attitude and they came out here with an attitude to play well and we saw that demonstrated. We didn’t win the game, but that’s okay because it was a win-win and great exposure for our team.”

NC State won the exhibition game against ECSU 87-68, but it wasn’t a cakewalk. ECSU actually outshot and out-rebounded (38 to 35) its ACC foe on the evening in addition to getting more points in the paint (42 to 24).

The down fall for the Vikings was turnovers. The bigger Wolfpack pressed on defense all night long, leading to 27 turnovers. More than a third of their points (30) came via turnovers. They also held a solid advantage at the free throw line, attempting 33 on the night and hitting 23 of them.

Still, it was a solid performance for a team that hasn’t played since February of 2020.

ECSU also had a sizable cheering section in the nearly 20k seat arena on the outskirts of the state capital. A few busloads of students along with local alumni not only showed up — taking advantage of free admission — they showed out. There where plenty of audible fans in blue helping to turn the ACC Arena into a Triangle version of the Robert L. Vaughan Center back home.

Elizabeth City State will look to replicate those vibes on Friday when the team returns to the Triangle to take on the University of North Carolina in Chapel Hill. Dr. Dixon its definitely looking for a repeat.

“We brought a lot of energy into this arena. We brought two busloads of our students, our alumni turned out. It was an exciting game, and so we’re so proud of our Vikings. They played competitively, they did a great job on the court and we just know now — it’s only up from here.”