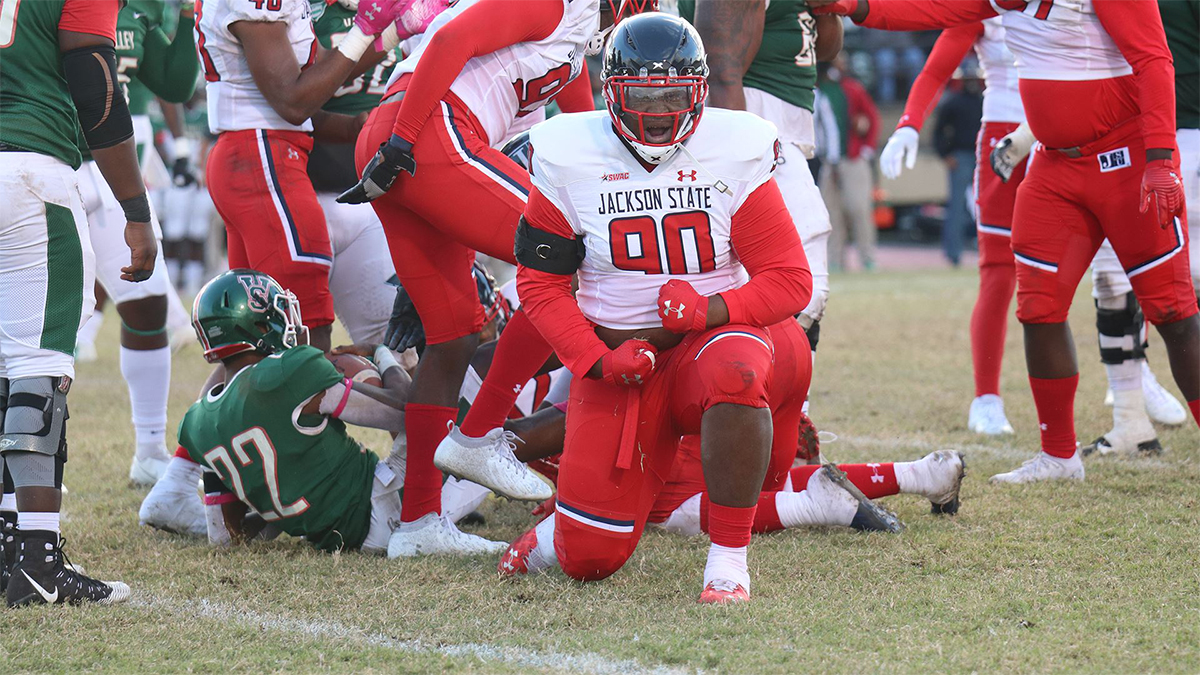 Deion Sanders sat out again as Jackson State picked up another win. It was far from easy, though.

Jackson State went out to battle for the second-straight week without head coach Deion Sanders on Saturday. It would win again, but the separation was not as great this time.

Shedeur Sanders threw a 74 yard touchdown strike to fellow freshman Trevante Rucker to increase put distance between the two teams as JSU came away with a 28-19 win.

Sanders completed 18 of his 31 pass attempts for 257 yards and three touchdowns. He also threw two interceptions after coming into the game being picked off just once in his first seven collegiate contests. The JSU passing game had to compensate for a rushing attack that gained just 30 yards on 23 attempts on the day.

Deion Sanders did not make the trip with his team to Itta Bena, but he did share a post-game message via Instagram, praising his team and promising to return as soon as possible.

“We have truly been tested these past couple of weeks regarding our strength, mentally and physically, as individuals, and as a team. I AM SO DARN PROUD of each and every one of these young men and women that are a part and connected to this team,” Sanders posted.

As you know, recovering from my recent surgeries has taken longer than expected. (Mostly because I could not sit my butt down somewhere.) Thank GOD I have a wonderful team of Doctors and Nurses and I am still under their care.

THANK YOU JSU and TIGER NATION for all the love and support you have bestowed upon the team, my family, and myself. I can’t wait to get back on the field with my JSU Tigers.