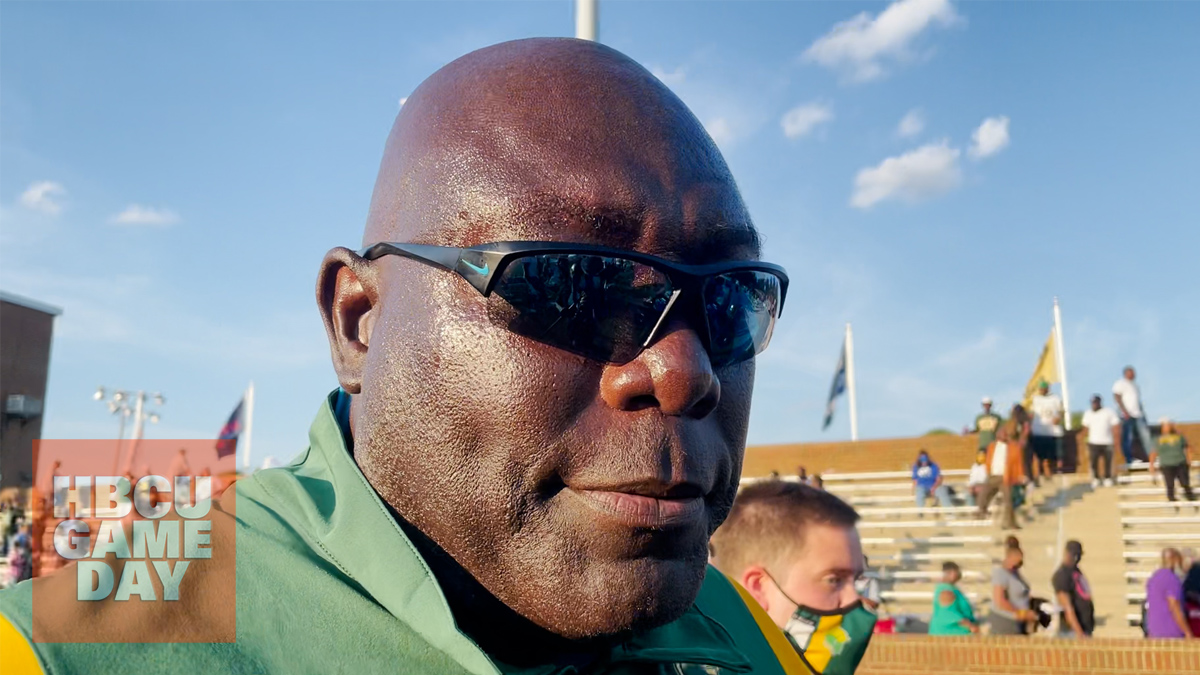 From the outside looking in, Dawson Odums’ first homecoming at Norfolk State was a success.

NSU took care of business on the field, easily handling an inferior opponent in Virginia-Lynchburg 42-14. A total of 16,716 fans made their way into the 30k-capacity William “Dick” Price Stadium on a sunny day that that tapped out at 83 degrees with a brisk wind from the nearby Atlantic Ocean.

Let most coaches tell it, crowds aren’t their focus or concern. But Odums wasn’t happy with the attendance at the homecoming game, and he let it be known following the game.

“To me, that’s not a good homecoming. What do you want me to tell you,” Odums asked rhetorically when he was told the final attendance figure. “I’ve been other places where a rat can’t find a seat on a corn chip. With football being gone for a couple of years, there’s an expectation that I think I have in my mind of what it’s supposed to look like.”

“I’m going to keep working towards that expectation, because I think these players deserve to play in that kind of environment. That’s what we’re going to shoot for. That’s not a big homecoming crowd at all in my eyes.”

As with almost all homecomings, there were plenty of people on the campus that never made it inside the game. That missed revenue matters to coaches like Odums.

“If they want to see it grow and get better, then you gotta come inside the stadium. Without that, our budgets can’t grow. What we want to do with the program is tough. It falls on our alumni, family and friends. But homecoming, should be a packed house.”

Odums acknowledged that putting a winning product on the field was an important part of drawing fans into games. His team is now on a four-game winning streak — the program’s longest in a decade. But even that wasn’t enough to get fans to come inside and invest money in the program. At least not to Odums’ standard.

“I think when you look at it and budget standpoint, it’s important for fans to be inside stands. I think when you look at it from a leadership standpoint about trying to get a program resurrected, it takes all hands on deck. It takes everybody buying into the vision. It takes everybody understanding the financial contribution that’s needed. And you got to take one step at a time.” he said during the weekly MEAC Media Session.

“And it takes us understanding that we need a winning product. We all know that people want to support a winning product, but when the winning product is there and you’re playing electric football, and you’re doing the necessary things to put a team in position to be competitive. Now the expectation is that everybody else has to rise up. And if everybody can get together and get on the same page, I think we got an opportunity here at Norfolk State to achieve some greatness, not only in football, but as an athletic department as a whole.

Norfolk State has had a hit-or-miss football program historically. No head coach has finished his career at NSU with a winning record since Willard Bailey wrapped up his career in the early 1990s. Odums wants to change that, but he knows it will take fan support in the form of revenue to make it happen.

As an institution, we have great leadership. We have a great student body. We have great academics. It’s just a place that a lot of people don’t know about, but it’s a hidden gem. But at some point in time, we got to knock the dust off that gem, and let everybody know how shiny it is. And I think Norfolk State is a place that’s very attractive to many people, and hopefully we can continue to have some success and put a positive program in front of everybody so they can continue to realize that.”