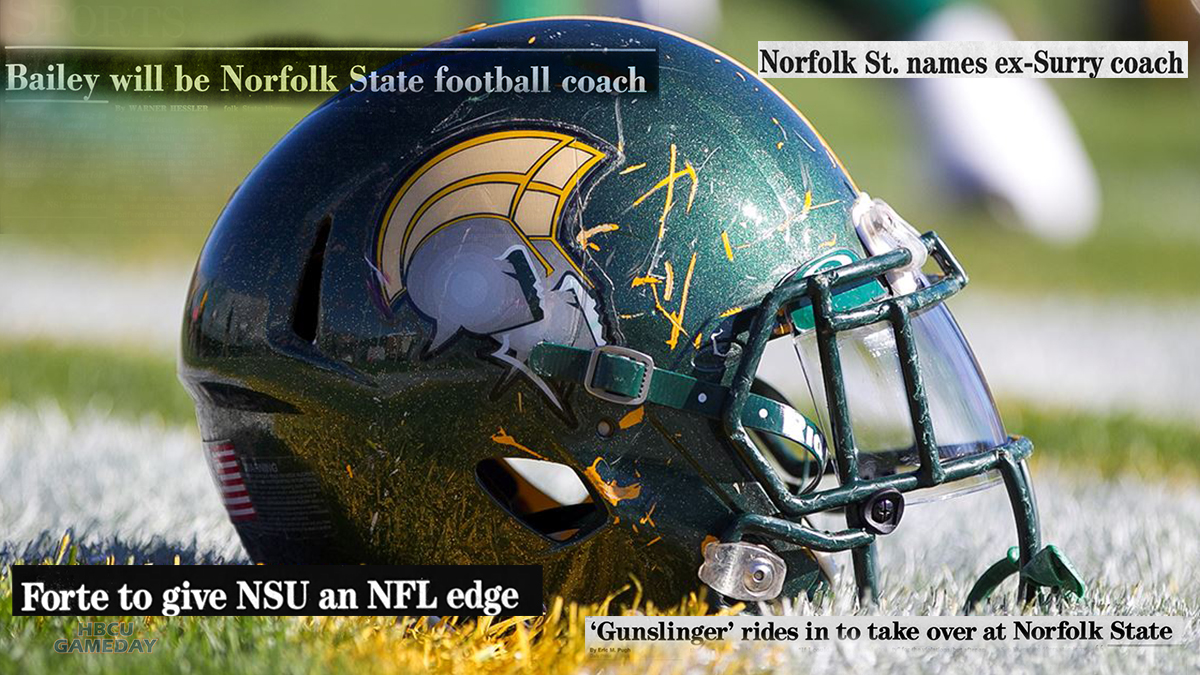 Norfolk State University is surrounded by football talent, yet many its program has consistently underachieved. Can Dawson Odums change that?

It’s no longer a secret — Norfolk State football has a new head coach.

Former Southern University head coach Dawson Odums has accepted the position after resigning on Tuesday, as first reported by HBCU Gameday. It’s a job that he’s held on to for nearly a decade, and a program that he helped rebuild.

Now the Shelby, North Carolina native is headed back east to take over NSU. It’s a program that has a lot of talent and potential, but also an extended history of mediocrity and underachievement.

The 5-7 record that NSU posted under Latrell Scott in 2019 was the best record that the program has had since 2011. That season, NSU won its one and only MEAC football title under Pete Adrian. Overall, NSU went 42-60 over the last decade if you include the wins from that title, which was later vacated due to academic violations.

But Norfolk State’s gridiron struggles go back much further than Scott and Adrian. In fact, those are the two most successful coaches at the school in its short Division I tenure. You would have to go back four coaches to find one who didn’t leave NSU with a losing record. That would be Darnell Moore, whose record was dead even at 26-26 as he led NSU to three-straight winning seasons from 1994 through 1996.

Even Archie Cooley, “The Gunslinger” himself, couldn’t get it done in Norfolk. He only lasted one season. Which is longer than Rick Comegy stuck around in the early 2000s before he went back to Tuskegee before you could say “BEHOLD.”

You’d have to go back even further to find a coach with a winning record at NSU. That would be the legendary Willard Bailey. Bailey led NSU to a 52-40-1 record during his eight years at NSU, including the 1984 CIAA title. Coincidently — or not — Bailey was also the Director of Athletics at NSU after arriving from rival Virginia Union. Norfolk State’s most successful coach is William “Dick” Price who went 62-41-4 and led NSU to three consecutive CIAA titles in the 1970s.

Resources, or lack thereof, have reportedly been an issue for NSU’s football program. The reported six-year, $225k salary that Odums will be paid is a good start, but resources also include the funds to hire the type of assistants needed to turn the corner. NSU has looked into the option of returning to Division II athletics in the past, but it looks like it won’t happen based on the salary the school is giving Odums.

One thing that is attractive about the NSU job is its location, specifically when it comes to recruiting. NSU is located in the heart of the talent-rich 757 area which produces some of the best athletes in America. Not only that, but the 804 (Richmond Metro) is right around the corner.

“Acquiring talent has never been a problem at Norfolk State,” Dave Fairbank wrote of NSU in 1986. “But the Spartans need to consistency if they are to return to the top of the Central Intercollegiate Athletic Association.”

The years change, but the situation hasn’t changed much. Quarterback Juwan “Pootie” Carter is the best returning quarterback in the MEAC, and he’s got several players with all-MEAC level talent around him.

Odums is a proven winner as a coach, and one of the most reputable in HBCU and FCS football in terms of character. But he’s also taking over a senior-heavy program less than six months before it kicks off its first season in two calendar years. Many of the holdovers from the Scott Era have said publicly, via media or social media, that they would hit the transfer portal if assistant B.T. Sherman was not named the interim coach for the 2021 football season.

Perhaps those young men will re-think their approach once they meet Odums. Again, Odums is a good coach and a stand-up guy. But that hasn’t always equated to winning in Norfolk. Time will tell if things in Sparta will finally make the epic turn that so many desire.