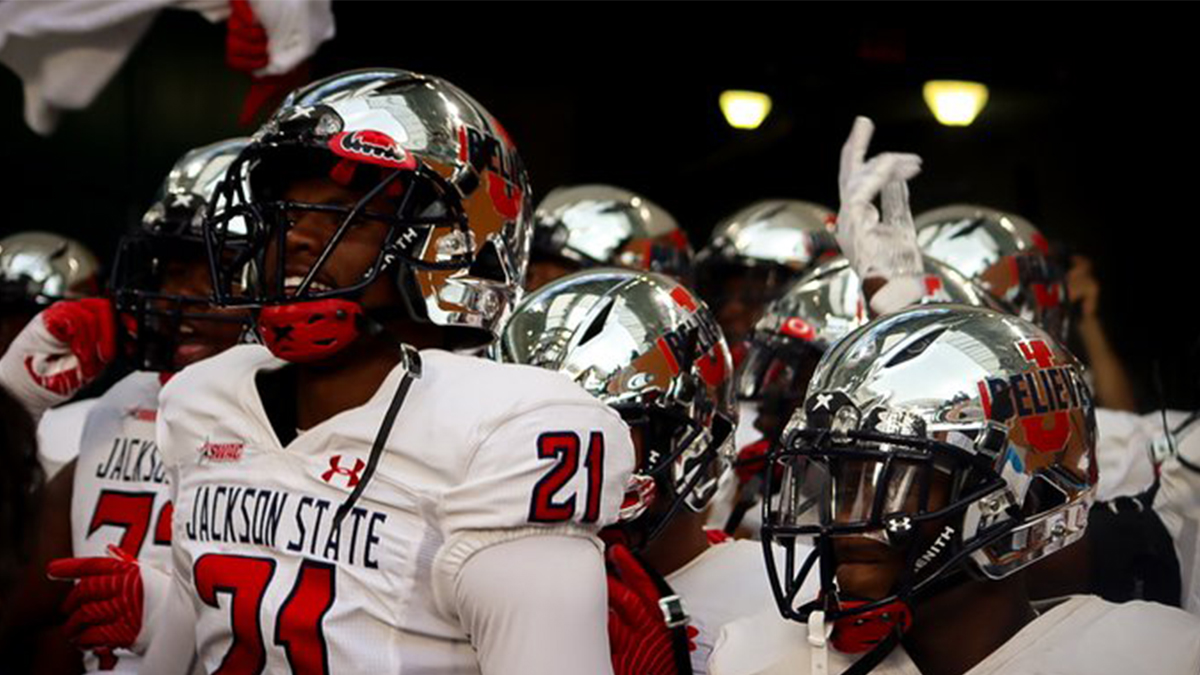 Jackson State came to Normal, AL looking to show why it is the team to beat in the SWAC. It looked the part.

Jackson State showed its defensive dominance early in the 2021 season, but Saturday it put it all together in a dominant performance against Alabama A&M.

JSU went to AAMU’s homecoming looking to make a statement to the rest of the SWAC, and it definitely did that with an overpowering 61-15 win over the defending SWAC champions on their own home field.

It was the defense that put the first points on the board. Florida grad transfer James Houston took the ball from Aqeel Glass and returned it 67 yards for a score to put his team up 7-0.

The JSU offense got its first rushing touchdown of the season when JD Martin ran it in from two yards out, increasing the lead to 14-0. AAMU would cut it to 14-7 as Glass connected with Zabrian Moore for a 10-yard score with 11:58 remaining in the second quarter.

But that would be as close as it would get. Shedeur Sanders connected with Trevante Rucker for a 37-yard touchdown toss, then threw another one to Warren Newman for 12 yards to make the score 33-7 at halftime.

It would be more of the same in the third quarter as JSU scored 21 unanswered points. Sanders threw for a score to Malachi Wideman and then ran for one from 29 yards out. Sante Marshall added a 53-yard score on the ground to increase the lead to 54-7 heading into the fourth quarter.

AAMU would get on the board once Moore with a three yard pass from Glass to Odieu Hilare with 12:01 remaining in the fourth. Jackson State finished out the scoring with a four yard run from Marshall.