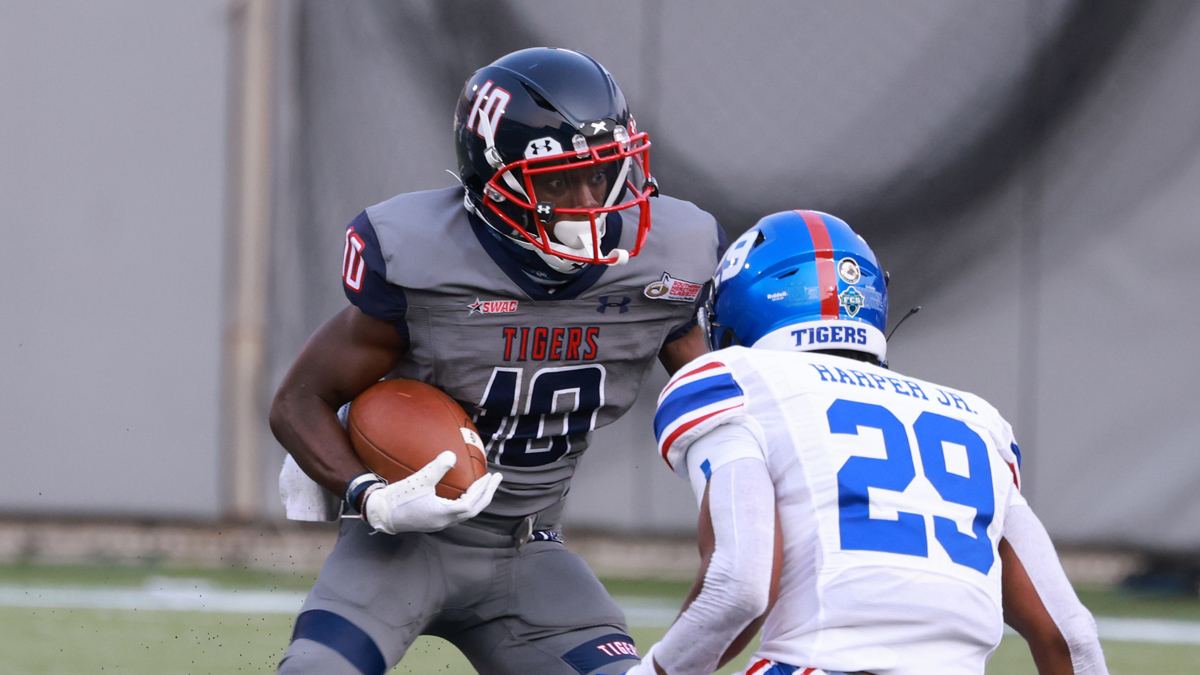 Deion Sanders has done his best to bring in players he feel elevate Jackson State. And Warren Newman finds a way to stay on the field.

Deion Sanders can not get Warren Newman III off the field. And it’s not that he hasn’t tried.

“You try to out-recruit him,” Sanders said during the SWAC’s weekly media session. “You try to bring guys in that force him out, sit him down — and he won’t let you. We bring in receiver after receiver after receiver — specialists, punt returners — you guy guys with tremendous talents and he refuses to let you outwork him and out play him. And he finds himself always in the position where he’s on the field. And he’s going to make a play.”

That’s exactly what the Jackson State senior did on Saturday night in Memphis. His 81-yard punt return against Tennessee State midway throughout the fourth quarter effectively put the game out of reach as JSU won 38-16 in front of better than 46,000 fans at Nissan Stadium in the Southern Heritage Classic.

Sanders posted the return on his Instagram page and he earned props from several pros, including all-time great return man Devin Hester.

Newman is one of the few remaining skill players from when Deion Sanders took over at Jackson State this spring. He caught a SWAC-high 35 passes this spring, scoring on seven of them.

“He’s a worker and he wants it. So he’s been here to see the transition and see the greatness of what God has brought to this program through resources when he didn’t have it,” Sanders said on Monday. “Now he’s one of the most appreciative young men that we have.”

The senior from New Orleans is listed at 5’8, 175. Deion Sanders knows that’s something that doesn’t favor him making it to the NFL, but he also acknowledged that players like Newman keep him working hard to help find opportunities outside the game as well.

“I pray to God he gets a shot at the league. I want him to get a shot at really making six figures for the rest of his life,” Sanders said. “He’s always on time. He’s smart. He’s disciplined. He’s tough-minded. He’s a father. He’s a dern good father from I see. I love this kid.”