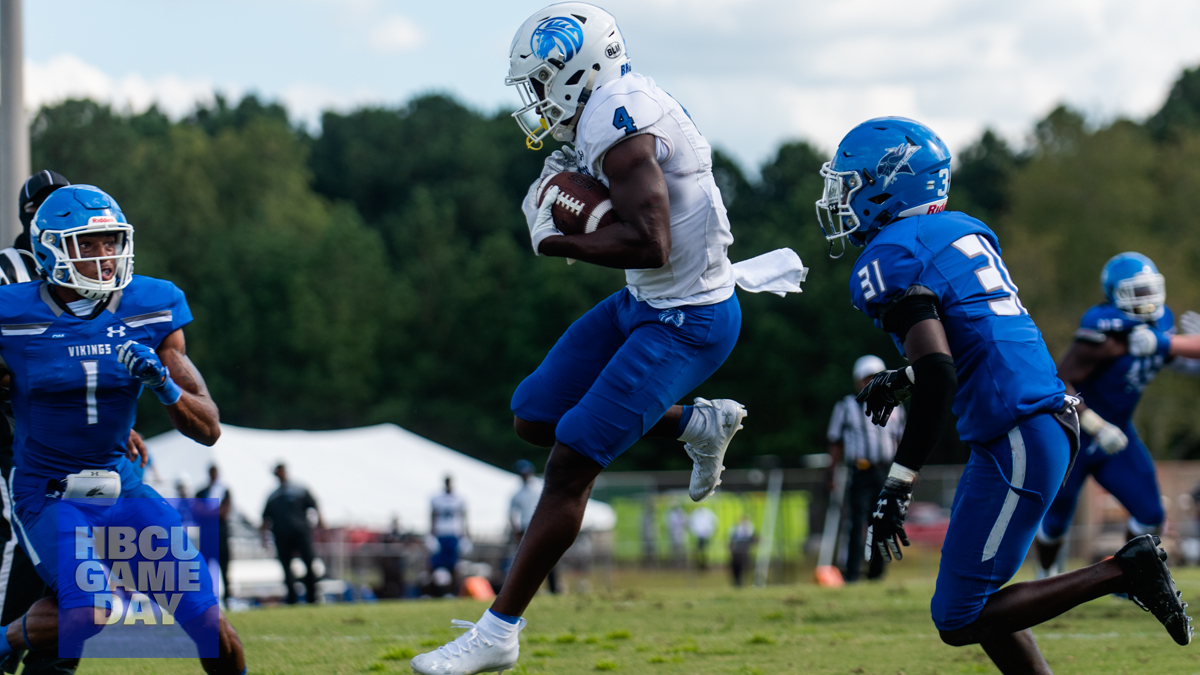 Fayetteville State has had a grip on the CIAA South for the past three years, and it may well make it four.

FSU rebounded from a half-time deficit to knock off CIAA South Challenger Shaw 15-12 on the road in Raleigh.

Tyeous Sharpe caught five passes for 52 yards, including a six-yard pass from Khari Lane that tied the game at 12 just before the start of the fourth quarter. Andrew Elton nailed a 43-yard field goal with 47 seconds remaining to lift FSU to the victory.

FSU struck early in the game, scoring on a 32 yard run by Elijah Henry. Jacob Young’s PAT was no good, giving FSU a 6-0 lead.

Shaw would get on the board twice in the first quarter. The first score came on a 29 yard field goal and five minutes later Andrew Brandon ran in from three yards out to give his team a 9-point lead after a failed two-point attempt. Shaw would add to that lead with a 27 yard field goal to take a 12-6 lead into halftime.

That would be all the scoring from Shaw as the FSU defense limited it to just 9 first downs all game, as Shaw went 2-for-14 on fourth down. FSU was actually worse, converting just one of 12 third-down attempts. It also fumbled the ball five times, losing two of them.

It was far from a pretty win, but the victory puts Fayetteville State (4-1, 3-0 CIAA) in the driver’s seat for the CIAA South title and makes it the odds-on favorite to return to the CIAA Championship game for the fourth year in a row. Shaw falls to 3-3 overall and 2-1 in CIAA play. It would need Fayetteville State to lose two of its last four games to make up the difference. Two of the four remaining opponents for FSU are winless (JC Smith and St. Aug) while the other two (WSSU and LC) picked up their first wins against the winless opponents.