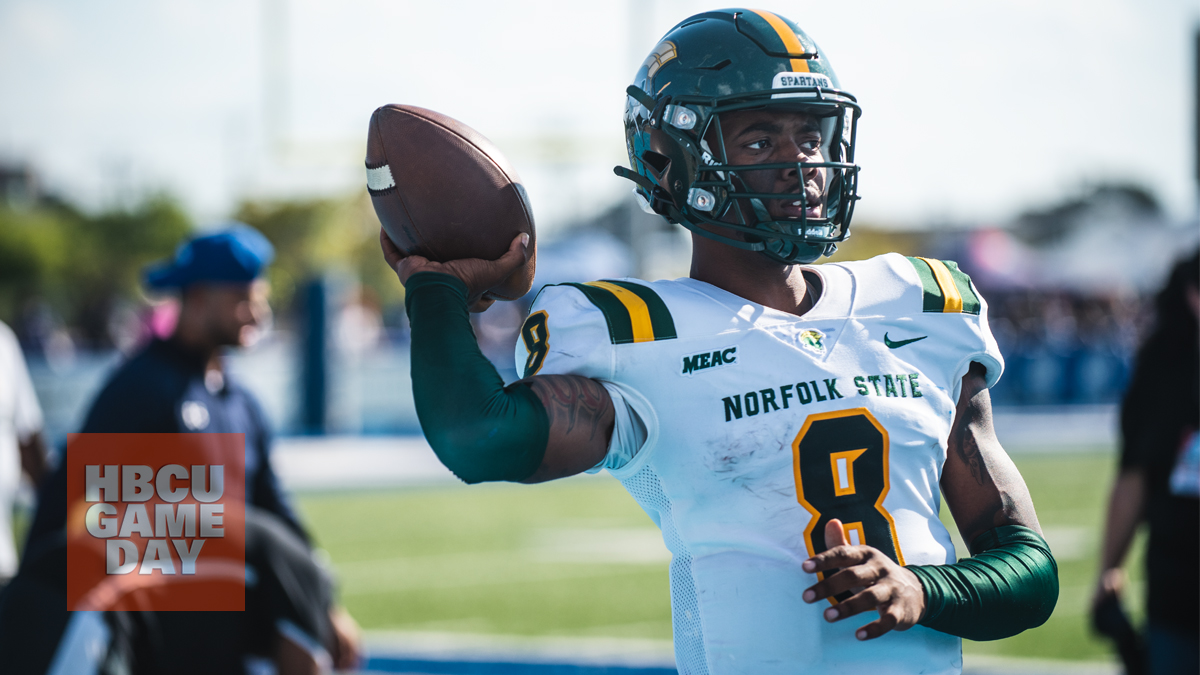 Norfolk State continues to rack up MEAC Player of The Week honors as a trio was awarded for their Battle of The Bay performance.

Carter picked up his third MEAC Offensive Player of the Week award of the year after accounting for five touchdowns and 386 yards of total offense in the 47-44 overtime win. Carter completed 17-of-31 passes for 294 yards and two touchdowns, and also recorded career highs of 92 rushing yards and three touchdowns to help NSU win the highest-scoring game in rivalry history. Carter, whose 1-yard sneak in OT was the game-winner, also surpassed Aaron Sparrow’s school records for total offense and completions in the win.

Toler notched two interceptions – the first two of his collegiate career – in the Battle of the Bay. He returned the first one 47 yards to the Hampton 19-yard line, setting up a Spartan touchdown in the second quarter. Toler also picked off a pass in the fourth quarter, which he returned 21 yards to the Pirates’ 24 to set up an NSU field goal. Toler also notched two tackles in the defensive effort.

Redd earned the conference’s weekly offensive lineman award for the second straight week. He graded out at 96 percent on his assignments and did not allow a sack or commit a penalty. Redd also registered six knockdown blocks while helping the Spartans amass 496 yards of offense (202 rushing, 294 passing) and 47 points. The Spartans have now won the last four MEAC Offensive Lineman of the Week awards.

Norfolk State garnered multiple weekly MEAC awards for four consecutive weeks. They are on a three-game winning streak entering their bye week and next play on Oct. 16 against Virginia-Lynchburg on Homecoming at Dick Price Stadium.