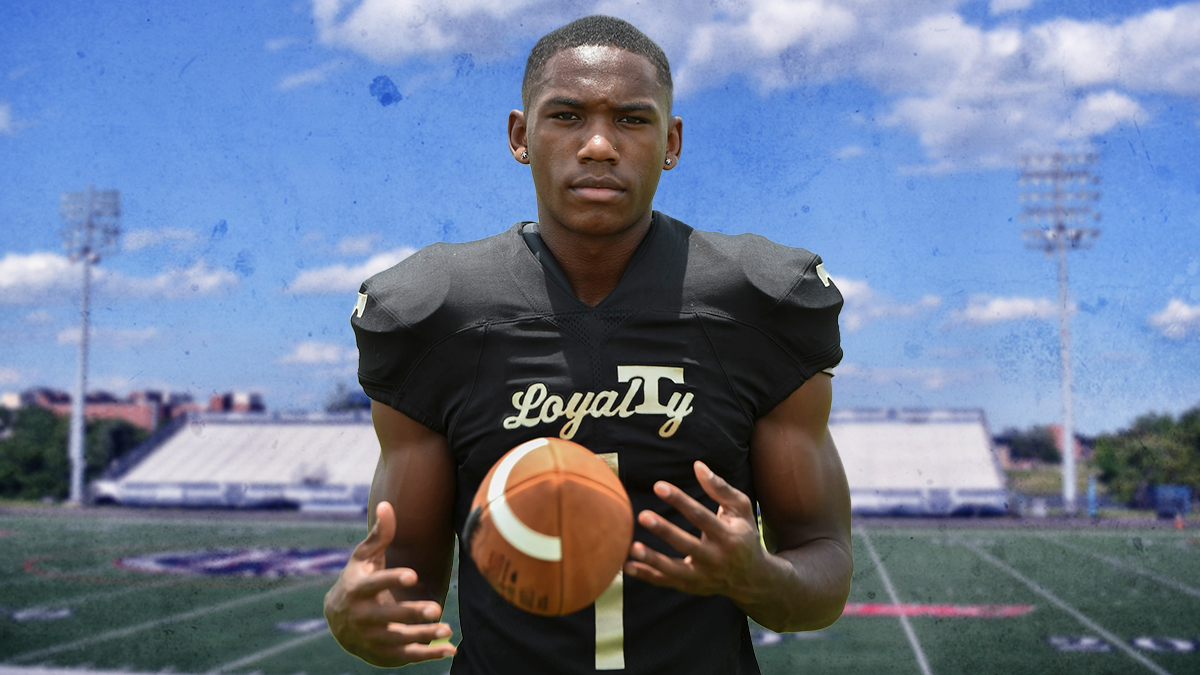 Edgerrin James played his collegiate football at “The U,” but his son will play football at Howard University.”

Edge James, son of the newly-minted Pro Football Hall of Famers has committed to play college ball for Howard University.

James is rated as a three-star back by 247Sports, the 92nd best at his position in the class of 2022. He had offers from several FBS schools — including Miami, his father’s alma mater. Wake Forest, Indiana and Army had also offered him as well. Florida A&M had offered him as well.

His father, of course, was recently inducted into the Pro Football Hall of Fame in Canton.

“He’s going to be one of the smartest football players to play the game because I have already taught him everything about the game and he plays the position I play. The football part is easy,” Edgerrin James told 247Sports earlier this year when asked about Eden. “I want to him to enjoy this [recruiting process], but at the same time you also got to work. Now a days a lot of these kids get caught up in social media and all these things that are irrelevant. We just work. We’re not looking for some rating. He doesn’t need to be a four-star or a five-star. That’s all irrelevant. He’s already got his grades. I mean he’s pretty much done with school. We’re locked in on football. My main thing is that he’s got to just take care of his body and work.”

Eden James is the latest in what is shaping up to be an impressive 2022 class for Howard head coach Larry Scott.  Scott has worked in the FBS ranks for years, and now he’s trying to work his magic on a Howard football program that has been stagnant for quite sometime. According to Eden’s twitter account, Scott and Howard were the first to offer him. Howard picked up his first win under Larry Scott on Saturday and now has another one in short succession.