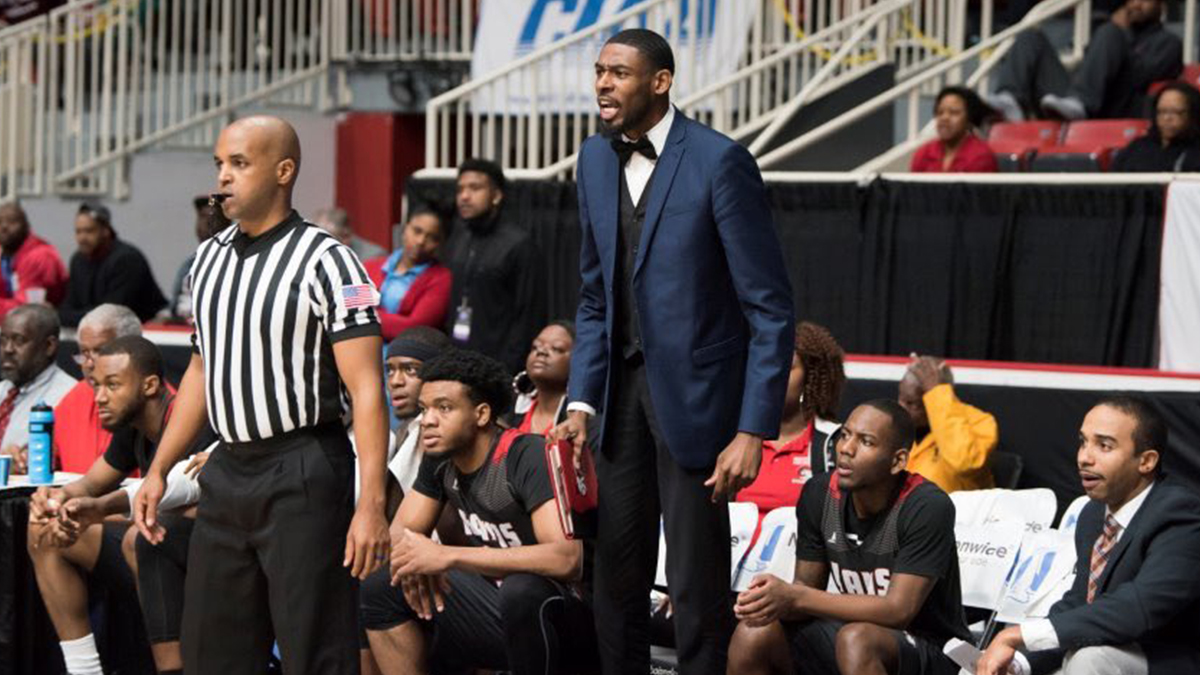 Davis is a 2012 graduate of Winston-Salem State University (WSSU). He also received a Master’s degree and a Project Management certificate in 2021 from Western Carolina University.

He began his coaching career with the WSSU men’s basketball team. He spent two seasons there before moving on to Queens University in Charlotte, NC.

In his one season at Queens, he helped the Royals win their conference championship, as well as the regional championship, advancing to the NCAA Division II Elite Eight Finals.

At WSSU, Davis was noted for his defense. He finished as the school’s seventh all-time rebounder and was named the CIAA Defensive Player of the Year and to its All-Conference First Team in 2012.

“A huge thank you to Athletics Director, Derrick Price, Associate AD Bailey, and President Capehart. I am so excited and blessed to be here at Bluefield State College and working with some amazing people,” Davis said.. “My goal is to make sure this program reflects a family atmosphere in all that we do. I care deeply about all of these players and their success on and off the court, said head coach Paul Davis.”

In introducing Coach Davis, Director of Athletics Derrick Price said, “Bluefield State College is truly blessed with the addition of Paul Davis. He will bring a new look to our women’s team. His combined playing and coaching experience will help our women on and off the court. Welcome to the family, Coach Davis!”

I’m going to push them to achieve their highest goals as well as love them and respect them throughout the process. We have a lot of work to do and a lot of goals but we can only get there by taking advantage of each practice, each weight room session, each film session etc. Controlling what we can control and getting a little bit better each day, said coach Davis.

Bluefield State would like to officially welcome head women’s basketball coach, Paul Davis and is looking forward to a dynamic first season. With the support of the athletics department and campus community, we know Davis will make positive contributions to Bluefield State.