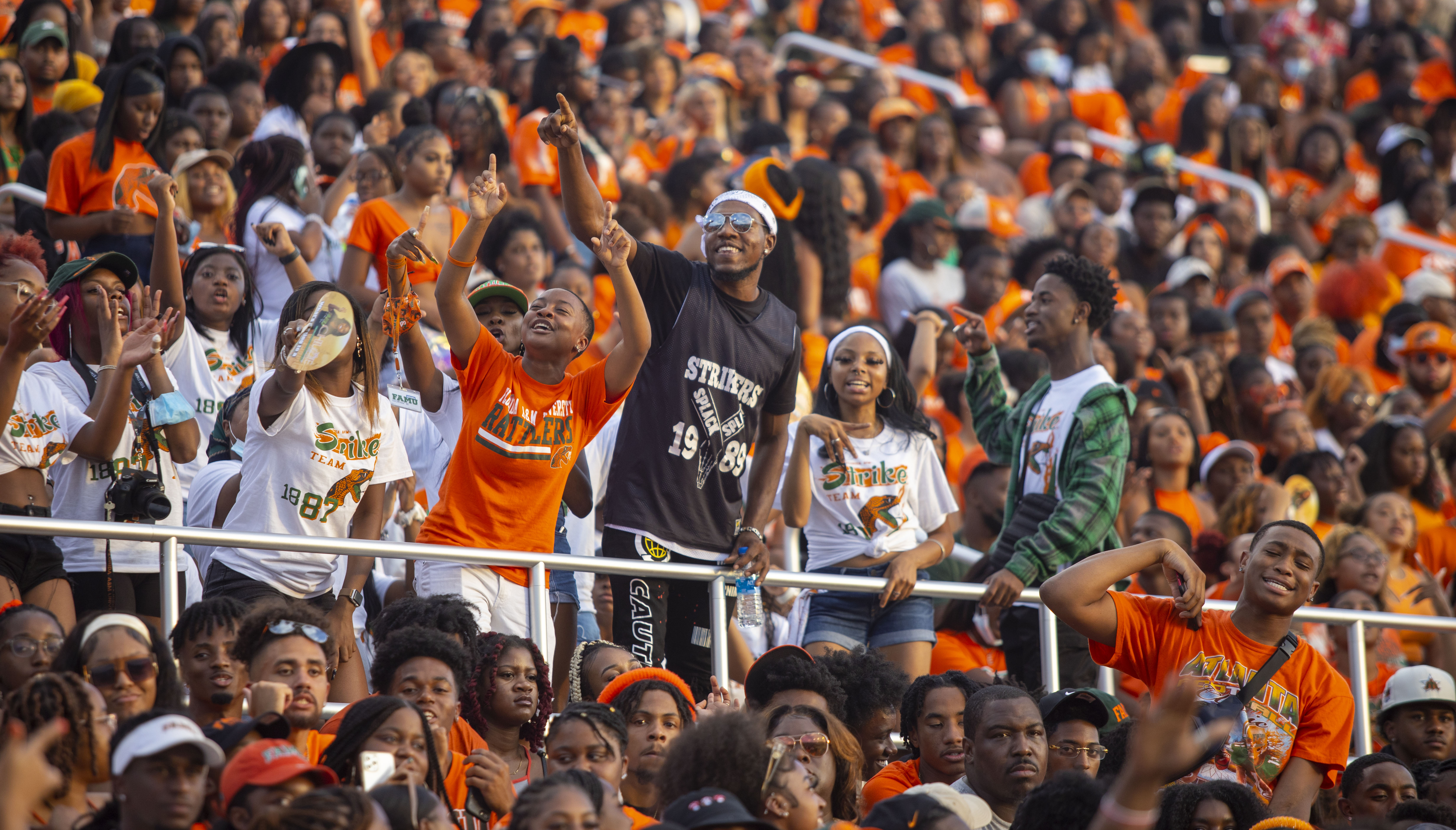 TALLAHASSEE, FL – FAMU head coach Willie Simmons can exhale, at least for a day.  Questions about his offense have mounted over the restart season, but several of them were answered against the Alabama State Hornets.  FAMU (2-2, 1-1 SWAC) shut out the visitng Hornets (2-2, 1-1 SWAC) 28-0 in from of over 21,000 in Bragg Stadium.

There were three major reasons for the Rattlers’ dominance:

The Rattler defense established themselves from the jump.  With a full two-deep of defensive linemen, the Hornet offensive linemen had no time to breathe as they kept facing fresh bodies.  It began to show as early as the second quarter as several ASU players went down with injury.  It was a sad recurring theme throughout the game.  There were no less than six injury timeouts.

Add in the hard-hitting FAMU secondary and above all, the defense was the reason for the stifling of Don Hill-Ely’s Hornets.

The Rattler weapons were clicking

Behind All-American receiver Xavier Smith who has found a groove this season, FAMU used it’s arsenal of weapons to keep the Bama State defense on its heels.

Along with Smith, tight end Kamari Young showed hands as well as speed as he broke straight up the middle for a 49-yard touchdown on a seam route.

Probably the most effective set of players on the Rattler offense were the running backs. Bishop Bonnet is probably the star of the backfield, but the most effective were the one-two punch of FAMU’s “Big Backs.”  The last thing a defensive back wants is a huge back running downhill.  Terrell Jennings (6’0/230) and Jaylen McCloud (6’2/230) ran right through the Hornet defense.  Jennings ran for 49 yards, while McCloud ran for 29.  While the numbers may not tell the story, the duo got the tough yards.  They extended drives getting tough third down yardage.  By the end of the game, the ASU defense grew tired of holding up those big backs.

The crowd was electric

From the first snap ASU looked flat.  The energy was just not there for the Hornets.  Meanwhile, the Marching “100” and FAMU student section was on 100.  Adding in Plies’ official DJ (DJ Loosekid), he knew exactly how to get the student section pumping.  It was a whole party on the East side of Bragg Memorial Stadium.

Between the third and fourth quarters, the Marching “100” broke out into “He’s an On-time God.”  ASU fans tried to resist, but their spirits had to join in as the entire Bragg Stadium was singing along with the band.  That got the biggest applause of anything the entire night.
—