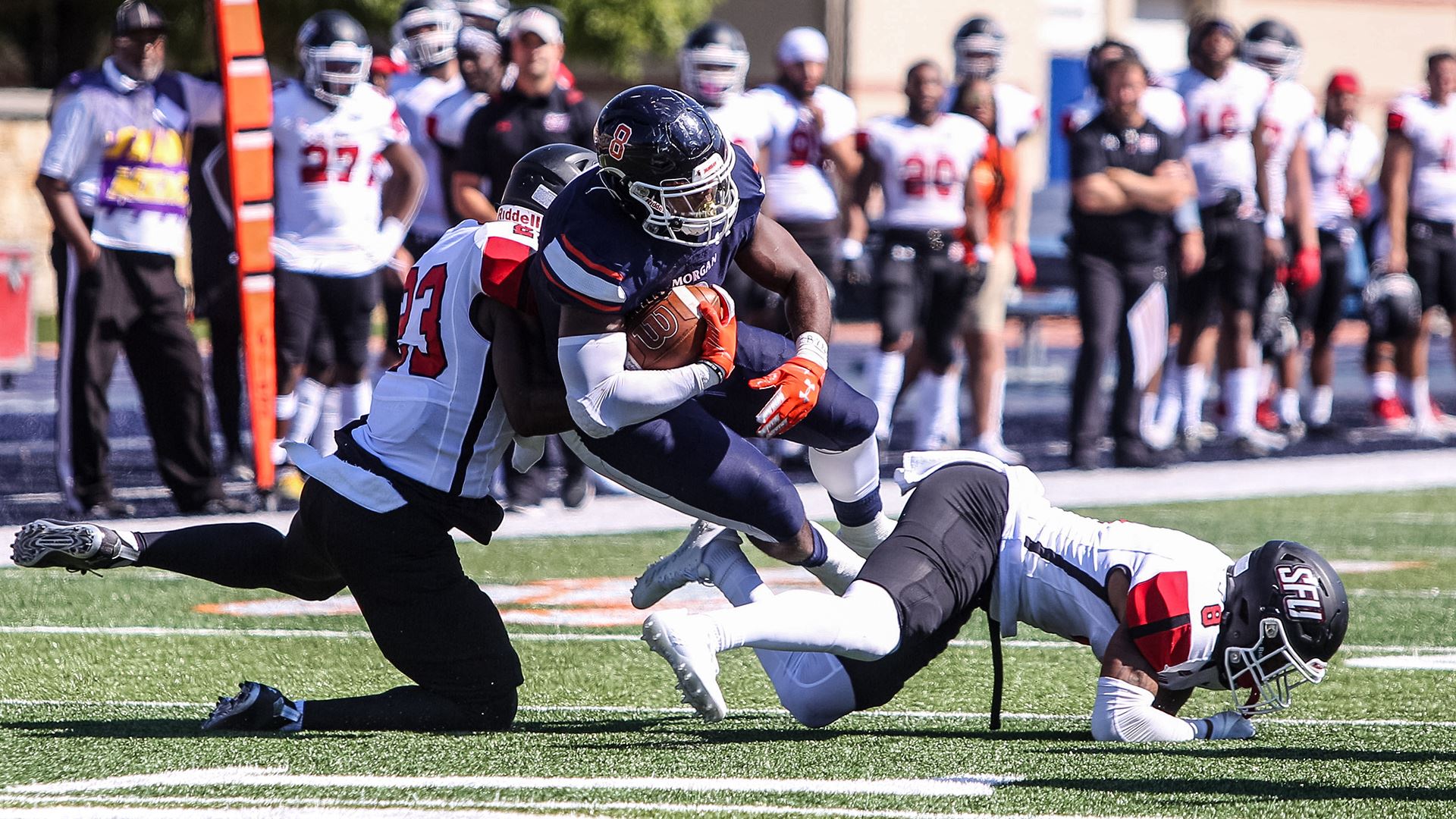 Morgan State hoping to turn it around in MEAC play

Morgan State dropped its fourth-consecutive game to open the season. But there are winnable games on the horizon.

BALTIMORE- There are often times in life when we judge a book by its cover, and that’s not a good thing for Morgan State.

Morgan State (0-4) is still searching for its first taste of victory on the young season after a 27-14 loss to Saint Francis on Saturday. While the winless record looks disheartening, the Bears still have everything to play for this season.

Morgan State is currently on a four-game skid, but none of its losses have come from Mid Eastern Athletic Conference teams.

With no teams in the MEAC having played a single conference game to date, the conference championship is still up for grabs. Morgan State will have a five-week stretch of MEAC games which gives them the perfect opportunity to make a splash.

First-year quarterback and fifth-year senior Neil Boudreau showed that he can lead his team, displaying tremendous arm strength on a 47-yard bomb to junior wideout Devin Mondy early in the second quarter to set up the Bears first score of the game, tying it 7-7. The former safety-turned-quarterback Boudreau showed his ability to improvise by consistently avoiding pressure throughout the game, though he was sacked four times. Boudreau connected with senior wideout Wes Wolfolk over the middle for a 19-yard touchdown strike in the fourth to come up with the final margin.

When you consider NSU came into the game being outscored 121-27 by opponents, this was a somewhat promising effort by the defense.

Former NFL running back Tyrone Wheatley and his Bears have a legitimate chance to turn things around and light up the MEAC this season. One of the bright spots has been sophomore running back Jabriel Johnson, coming off of a season-high 106 yards on 12 carries. This is Johnson’s second consecutive game averaging over 4.8 yards per carry as he looks to keep up the momentum against a Howard University defense that allows 5.2 yards per attempt.

If Morgan State can make a late season push with conference play on the horizon, it can still have a shot to hoist this year’s MEAC championship trophy.

So keep reading because this story isn’t over yet.

Morgan State hoping to turn it around in MEAC play