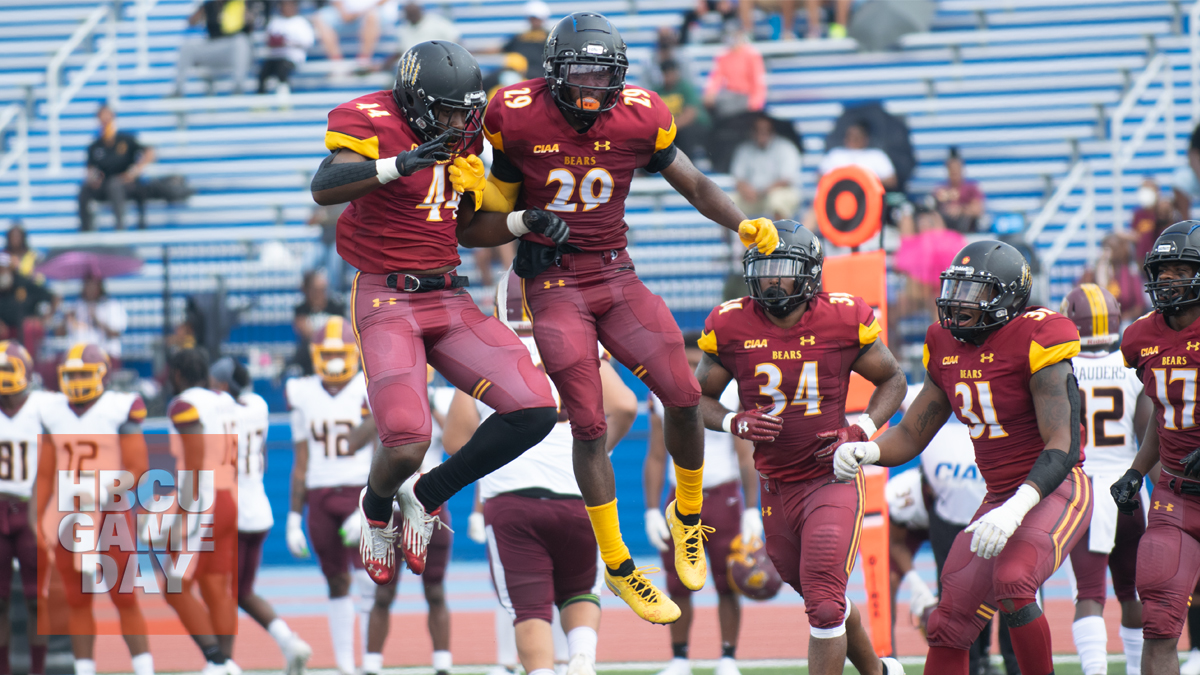 The Shaw University Bears went up to Richmond and came back with a solid win over Virginia Union.

Shaw last played Virginia Union in 2015, and that game resulted in a loss.

The Bears made sure that the same result did not occur this season, as they never trailed in Saturday’s contest against the Panthers, coming up with a 27-7 win in Richmond.

Shaw (3-2) opened up the scoring with a Devin Versteegen 22 yard field goal in the first quarter.  Andre Brandon, Jr added a rushing touchdown as the first quarter winded down to give the Bears a 10-0 lead. Shaw took advantage of a short field late in the first half, capped off by a Roberts pass reception from quarterback Christian Peters.

It wasn’t until midway through the third quarter that Virginia Union reached the endzone. Defensive back Domantay Rhem intercepted Peters’ pass, and VUU (2-3) cashed in via a one-yard Jada Byers rush. Shaw responded with a Versteegen field goal on the next drive.  The final score came from Shaw, as Sidney Gibbs scored on a two-yard rush.  Shaw had an opportunity for that score because VUU quarterback Khalid Morris’s fumble deep in Panther territory and Shaw defensive lineman Dast Sturkie recovered the fumble.

Shaw dominated this game in nearly every major statistical category. The Bears outgained the Panthers 393-166 yards, and did so via a balanced effort between the passing and rushing play.  Moreover, Shaw controlled the time of possession (31 to 27 minutes), converted on five of six redzone chances, and forced more turnovers than VUU (two to one).

Peters paced the Bears’ passing attack with 194 yards on 15 completions. He also had one touchdown pass and one interception.  Gibbs and Brandon combined for 139 rushing yards and rushing touchdowns.  Defensively, Kevin Sherman had seven tackles and two interceptions from his secondary spot, while Devon Hunt notched seven tackles, three tackles for loss, and a sack.

VUU’s Morris passed for 125 yards, while Byers recorded 67 rushing yards. Rhem collected 11 tackles and an interception, and fellow defensive back Tovias Parker had 10 tackles, including two tackles for loss.

Shaw’s win allowed them to keep pace with division rival Fayetteville State, who also won its second conference game yesterday. Shaw will host Fayetteville State in a high stakes matchup next week, while VUU will be looking to regroup vs Lincoln (PA) for homecoming.