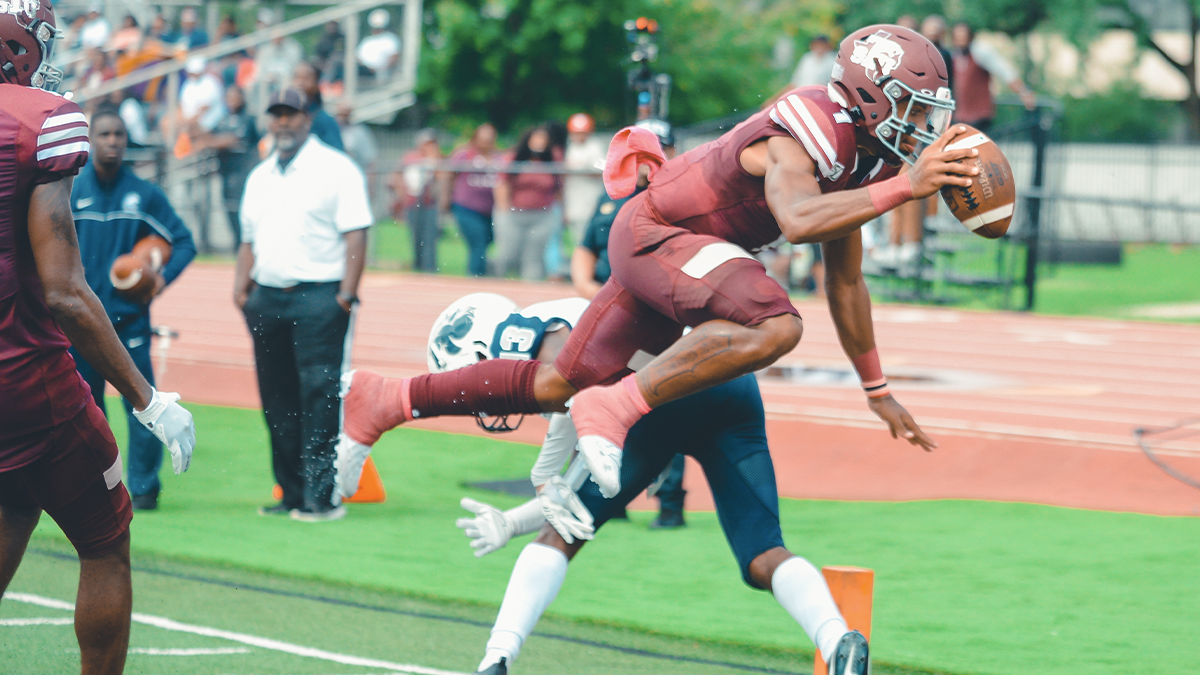 Texas Southern dominated from start to finish as they set a modern-day record for total defense and scored its most offensive points since 2015 as TSU defeated North American University 69-0 Saturday afternoon for homecoming at Durley Stadium.

TSU started off on the right foot as they recorded an onside kick to open the game and quarterback Andrew Body found Ke’Lenn Davis and Jyrin Johnson for receptions of 20 and 26 yards, respectively to set up Jacorey Howard’s 7-yard run for a 7-0 lead after Richard Garcia III’s PAT. NAU punted on its opening possession and TSU rode the legs of Kevin Harris for the first few plays before Johnson’s 24-yard pass from Body. Two plays later, Howard rushed in for his second touchdown of the game as he scored from two yards out en route to a 14-0 lead after Garcia III’s PAT. Tyler Martinez ended NAU’s next drive with a fourth down sack at the TSU 30 and TSU opened its third drive as Jonathan Giles caught a 17-yard pass from Body and Jeff Proctor rushed for 48 yards to the NAU 8. Body found Davis for an 8-yard touchdown strike as TSU led 28-0 after Garcia’s PAT.

TSU opened the second quarter with a blocked punt from Tarik Cooper which was returned by Cedrick Williams for a 20-yard touchdown. TSU would continue to roll as Body scored from one yard out along with LaDarius Owens’ 15-yard touchdown reception and Garcia III’s 23-yard field goal for a 52-0 halftime lead.

Jalen Brown scored on an 11-yard run to open the third quarter and also found Terrence Franklin for a 15-yard touchdown pass. Curtis Falkenburg ended the scoring with a 19-yard field goal for the final margin.

TSU finished with 467 total offensive yards (264 P, 203 R) and only allowed 29 yards on defense. Body passed for 205 yards and three touchdowns on 12-of-16 attempts while Davis caught five passes for 117 yards and two touchdowns. Tyler Martinez led all tacklers with 2.5 tackles and two sacks.