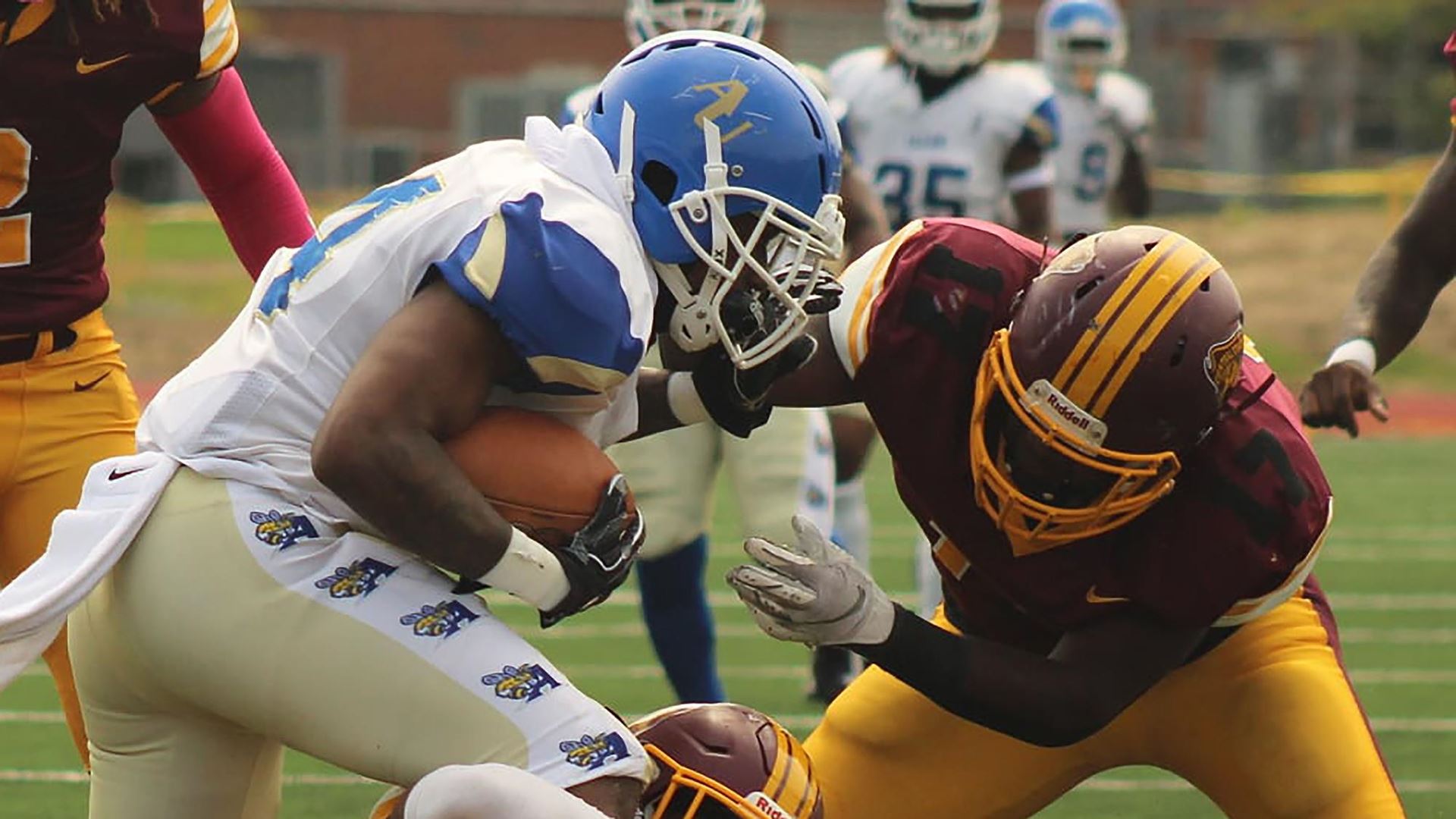 Wright connected with six different receivers and rushed for 65 yards on 19 attempts (3.4 avg.) for one touchdown to help AU (3-2) total 616 yards on offense.

Freshman wide receiver Jamal Jones finished with a season and game high 172 receiving yards with 13 receptions and two touchdowns. Wright connected with Jones in the 4th quarter to cap AU’s scoring en rout to the win.

Henderson helped the Marauders gain 459 yards of total offense while completing 25-of-40 pass attempts for 320 yards, three touchdowns and one interception. He also rushed for a score to give the Marauders their first lead of the game 12-8 in the first quarter with 8:12 remaining.

Brown scored two touchdowns and finished with three receptions for 47 yards. Demonte Dunlap rushed for a game high 120 yards on 16 rush attempts (7.5 avg.) and scored on 45-yard run to give CSU a 26-22 lead in the first quarter.

Said Sidibe hauled in nine receptions for 107 yards and one touchdown and Derell Williams racked up 103 yards from four catches.

Next, Allen Univeristy will travel to Atlanta, Ga. to face Clark Atlanta University. The game is scheduled for Saturday at 2 p.m.