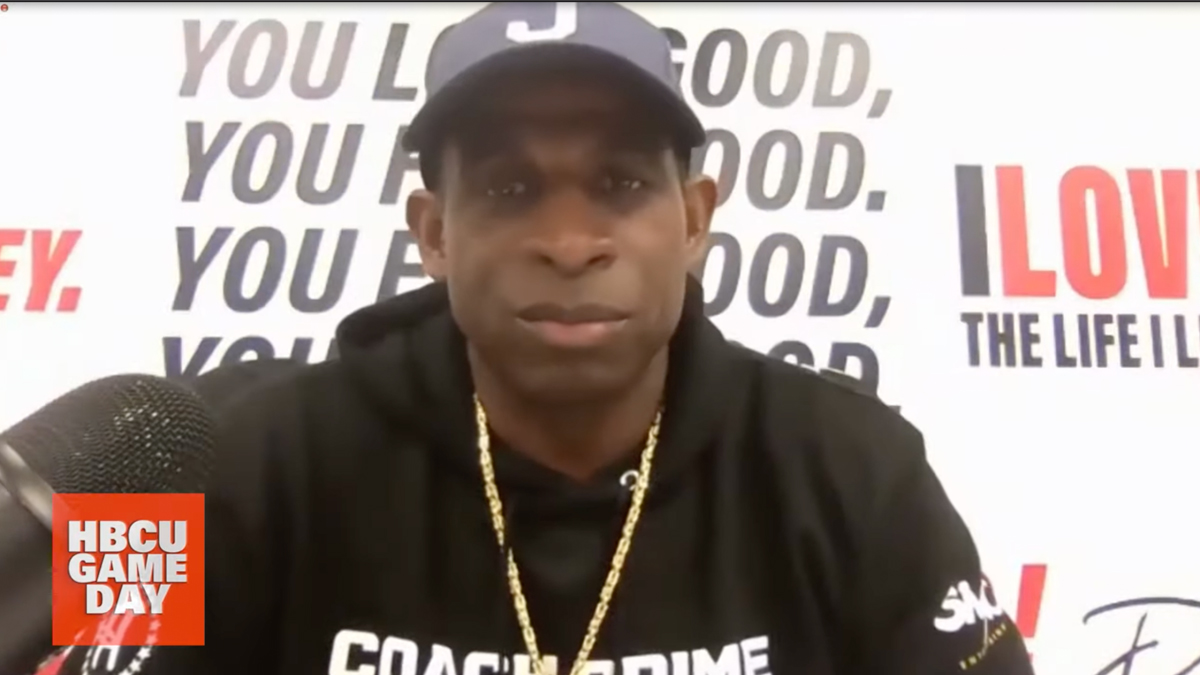 Deion Sanders isn’t a fan of HBCUs playing Thursday night games for TV. He has his reasons why.

Deion Sanders has been preaching the gospel of exposure since he arrive at Jackson State a little over a year ago.

So what does he think of the Thursday night slot that HBCUs are often placed in by ESPN? A reporter asked, and he didn’t hold back.

For Sanders, it comes down to economics. Thursday night is, of course, a weeknight.

“Our people gotta work on Thursday then they have to work on Friday — then they’re looking forward towards the weekend. So I don’t like Thursday night games for our people.”

Okay, so what about Friday nights then?

“Friday may be more conducive, but then you’re stepping on the high schools,” Sanders said. “I mean everybody got kids, everybody got their babies. They want to see their kids and you’re trying to take from different markets.

So when it gets down to it — Deion Sanders is a traditionalist in this area.

“I like Saturdays. That’s what I like. I know you’re competing against a lot of other networks. A lot of other schools. But that’s why we need our own dern network. We need a network for our people. We need you to turn the channel to see us. Then we’ll know the true numbers that we have.”

“It wasn’t halfway packed,” he said of the visitor’s side. ”But we go three hours from here, we call it a party, we call it a classic — then we want to come. I don’t understand that philosophy. So do we have real football fans, or do we just come to party?”

Thursday night, of course, is also a night of primetime NFL football. Sanders, who has also been an NFL analyst for years, says there is a far bigger hurdle to HBCU attendance sucesss on Thursday night than the NFL.