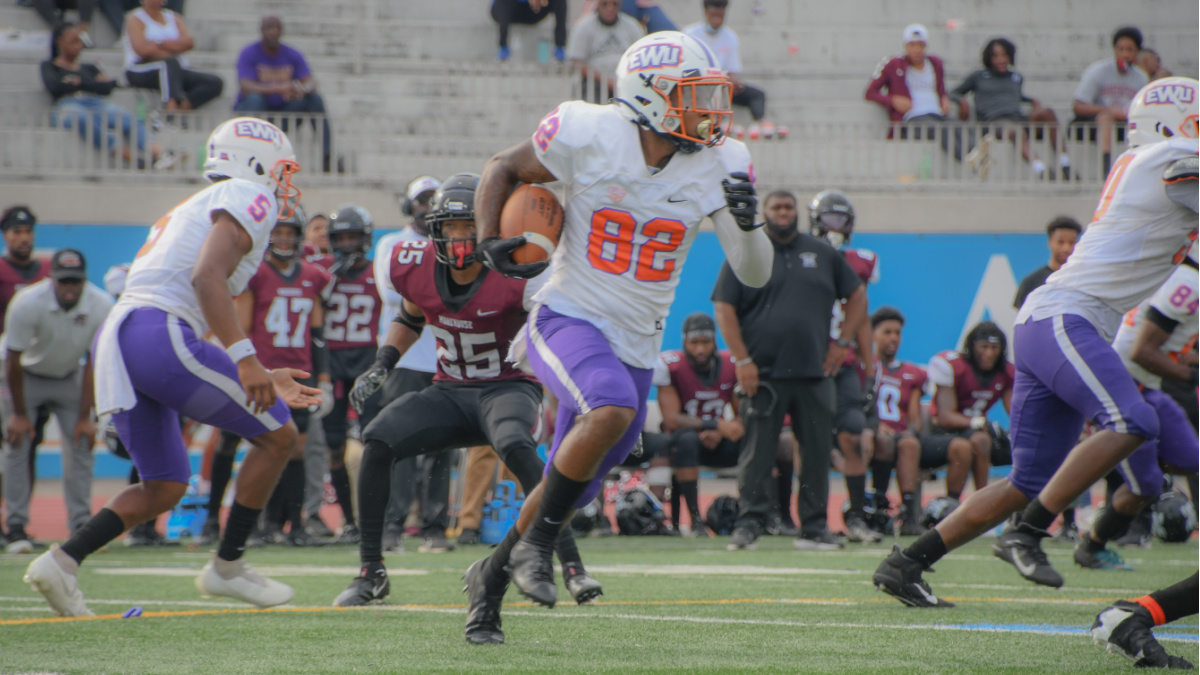 The Edward Water Tigers secured their first SIAC football win since rejoining the conference after blowing out Morehouse College on Saturday. The final score of the game was 37-13 as the Tigers overcame the Maroon Tigers on the road at Lakewood Stadium in Atlanta. Edward Waters rises to 2-3 on the season while Morehouse falls to 0-4.

“We got our first road win of the season so we were able to check that box,” Edward Waters Head Coach Torian Morgan stated.

“The defense played lights out football. We just have to continue to build and get better on a daily basis,” Coach Morgan explained.

True freshman running back Devon Bailey got it done for the Edward Water Tigers today. Bailey exploded for 69 yards and two touchdowns on the game. He also averaged a whopping 9.6 yards per carry as he broke several tackles with the ball in his hands. He did have a fumble, but the young gunner kept the momentum going offensively for the team.

“It’s an honor being here as a freshman and just showing what I can do,” Bailey exclaimed.

THE TURNOVERS WERE COSTLY

The Maroon Tigers could not find any success on offense and the turnovers were to the blame. Senior quarterback Michael Sims threw three interceptions in the game and took a sack as well. Marqu Collins ended up relieving Sims during the game. However, he was not much better as the signal caller. Collins took three sacks in his outing as the Maroon Tigers offensive line got destroyed in the trenches.

Ferante Cowart led the Tigers in receiving yards with 77 on four receptions. He also found the end zone for a touchdown. Mal Stephens was the leading rusher for Edward Waters with 98 yards on 17 carriers. Quarterback Ced Smith threw for 181 yards on 16 attempts and 10 completions. Linebacker Cam McClain snatched two interceptions on defense for the Tigers.

Delan Tolliver was the leading receiver for the Maroon Tigers with 29 yards on three receptions. Earnest Davis led his team in rushing with 69 yards on 13 attempts. Davis would also go on to score the only touchdown for the squad. Michael Sims was the leading passer with 90 yards on 23 attempts and nine completions.

Edward Waters will take on Albany State next Saturday on the road in Georgia. Morehouse will be at home next Saturday to take on Tuskegee University in the Morehouse-Tuskegee Football Classic.