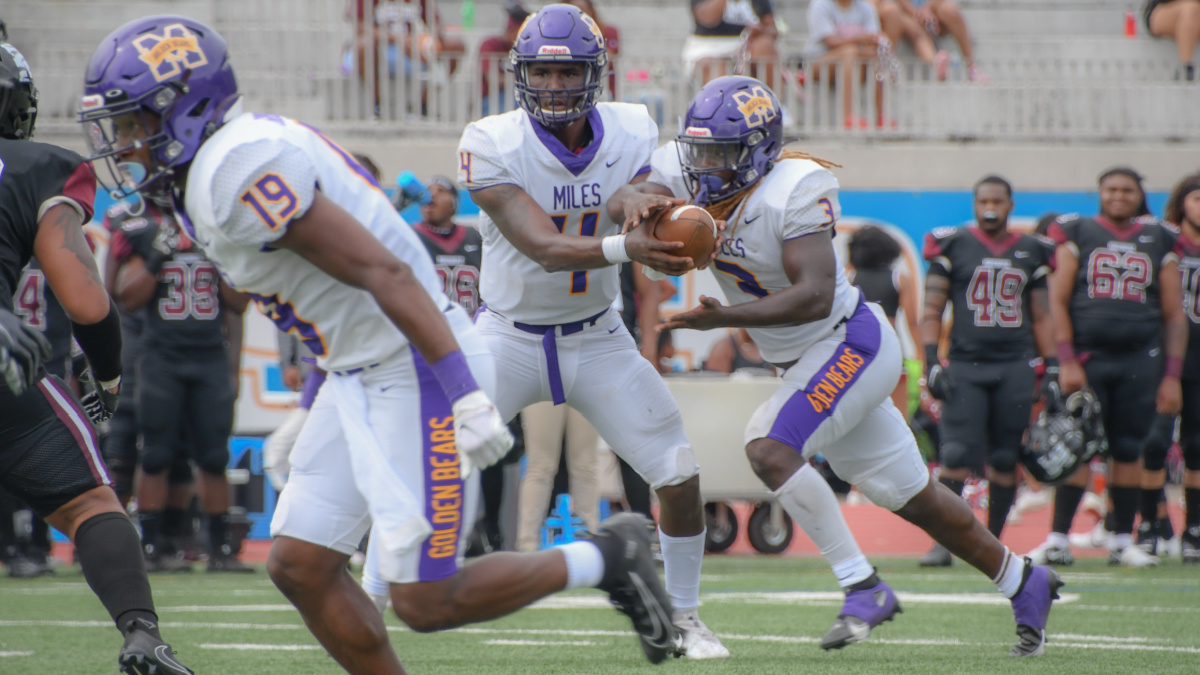 Miles College talked a lot of smack ahead of their matchup with Morehouse on Saturday and the Golden Bears backed it up.

THE FRESHMAN IS FOREAL

The Golden Bears got their first win of the season in a 37-14 victory over the Maroon Tigers at Lakewood Stadium on Saturday afternoon. Miles College was fueled by a two-touchdown performance from freshman receiver Jaih Andrews. The score remained close until the middle of the third quarter when Andrews and the Bear’s offense took off. Andrews scored off a 47-yard reception from starting quarterback Claude Newell with nine minutes remaining in the third. A six-point game turned into a 27-14 lead that the Golden Bears would not let go of. Jaih Andrews put another six points on the board after a 24-yard reception from Newell to end the third quarter.

“We saw the coverage they were playing so we knew what we had to do and what routes we were going to run,” Andrews told HBCU Gameday after the win.”

“I got open and made big plays,” He finished.

“I am proud of the offensive line, proud of the receivers, proud of our running backs,” Miles College Head Coach Reginald Ruffin exclaimed.

The Tigers would not score again after starting off strong. Morehouse led 14-13 going into the half but penalities killed any momentum they could create. The team lost 87-yards off of 12 penalties in the game. They found the endzone twice in the first half but never crossed that threshold in the second. The Tiger’s running back Santo Dunn scored off a 1-yard one in the first quarter. Running back Fran Bailey Jr. scored off of a 2-yard run at the end of the second quarter for the Tiger’s final touchdown.

QB Claude Newell led the night with 207 yards on seven completions and three touchdowns. Newell took two sacks. running back Donte Edwards was the leading rusher for Miles College with 139 yards on 22 attempts. Jaih Andrews led the Golden Bears in receiving yards with 71 on two receptions. He had two touchdowns as well