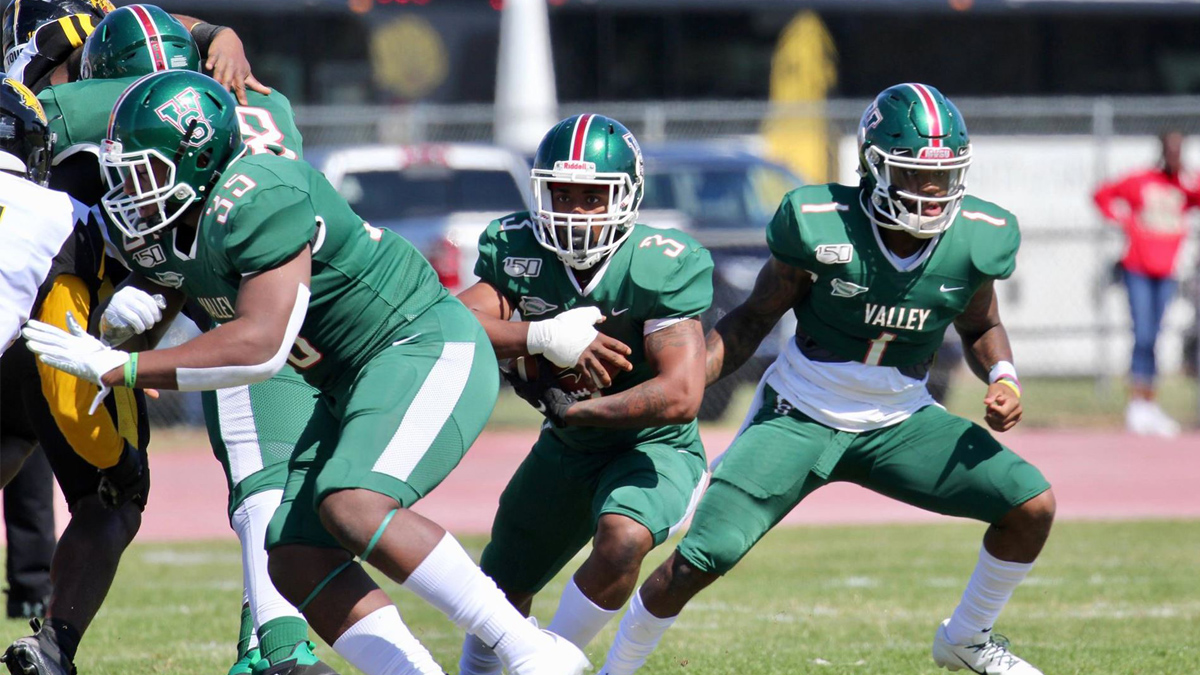 Mississippi Valley State fought to get back into the game for the homecoming crowd and came away with a win over NCCU.

Mississippi Valley State is a program used to fighting uphill battles. It found itself in another one on Saturday. But this time — things bounced the Devils’ way.

Mississippi Valley State used a two-yard touchdown pass from Jelani Eason to Caleb Johnson to beat North Carolina Central 17-16 at Rice-Totten Stadium on Saturday. It was the program’s first win since Oct. 26, 2019 against Texas Southern.

NCCU (2-3) jumped out to a 10-0 lead courtesy of a 20-yard field goal by Adrian Olivo and a diving 26-yard touchdown catch by Ryan McDaniel with 59 seconds remaining in the first quarter.

MVSU (1-3) got on the scoreboard with 37 second left in the second quarter on a 25-yard field goal by Orlando Fernandez. On the last play before intermission, MVSU’s Volme Swanier returned an interception 41 yards to the end zone to even the halftime score at 10-10.

Neither team scored until Richard bulled his way into the end zone with 25 seconds left in the game, but Olivo’s extra-point kick missed the mark, keeping the Eagles’ advantage at 16-10.

A facemask penalty against NCCU on the ensuing kickoff allowed MVSU to start its final drive at the NCCU 46-yard line with 19 seconds remaining. After an incomplete pass, Eason connected with Jacory Rankin for a 44-yard catch-and-run to the 2-yard line. The clock on the scoreboard showed no timing remaining, as the Eagles began celebrating. However, the referee added one second on the clock, allowing MVSU to tie the score and then, after a pair of NCCU timeouts, kick the extra point by Fernandez.