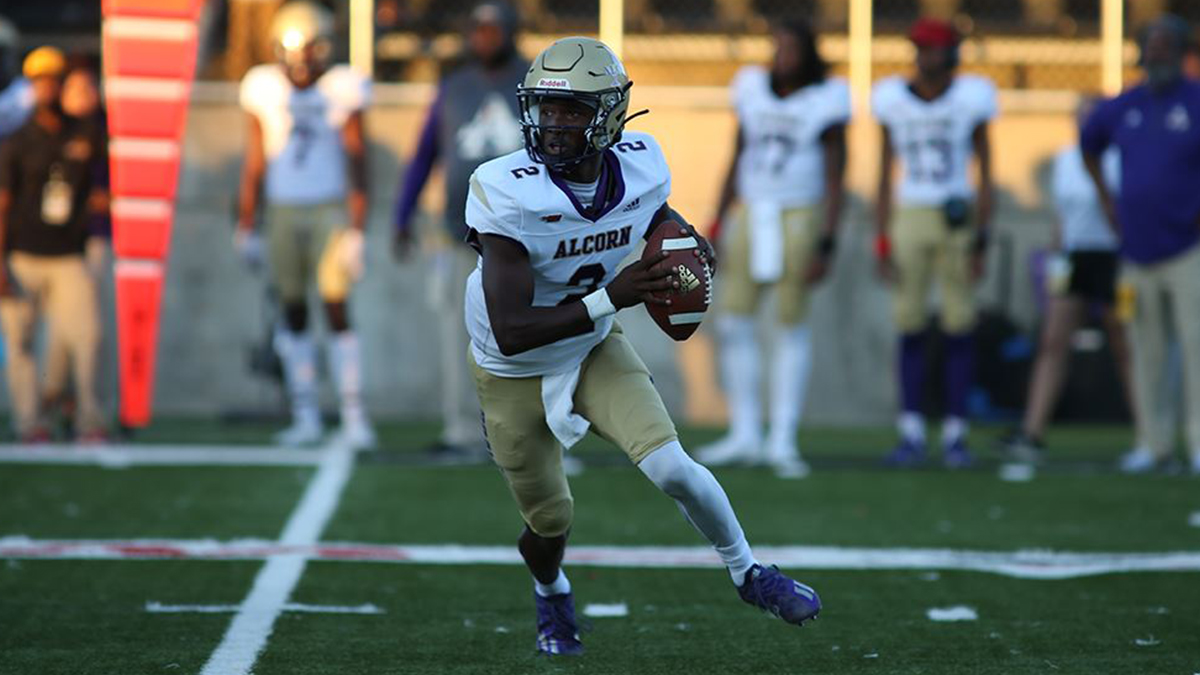 Alcorn State faced a 19-point deficit in the first half against Arkansas-Pine Bluff, but managed to get back in the game and pull out a victory

PINE BLUFF, Ark. – The Alcorn State Braves erased a 19-point second half deficit Thursday night and stunned Arkansas–Pine Bluff by a score of 39-38 in the Southwestern Athletic Conference opener for both teams.

In front of a national television audience on ESPNU, Niko Duffey’s two-yard run with 3:01 remaining in the fourth quarter gave the Braves (2-2, 1-0 SWAC) their first lead of the game and proved to be the final margin of victory.

Following Duffey’s run, the Golden Lions (1-2, 0-1 SWAC) had one more chance to reclaim the lead, but their drive was hindered by a chop-block call that put them in a first-and-25 situation at midfield. Three plays later on fourth-and-seven, Christopher Daigre broke up Skyler Perry’s pass attempt and helped seal the win for the Braves.

Felix Harper completed 16 out of his 32 pass attempts for 368 yards and threw three touchdown passes for Alcorn State. He also ran for an 11-yard touchdown.

Two of Harper’s touchdown strikes went for 60 yards or more; he completed a 60-yard strike to LeCharles Pringle with 4:04 remaining in the fourth quarter, giving Pringle two touchdown receptions for the game.

With 9:23 remaining in the fourth quarter, Harper completed a 69-yard touchdown pass to C.J. Bolar, capping a three-play, 90-yard drive for the Braves that pulled them to within a touchdown at 38-33.