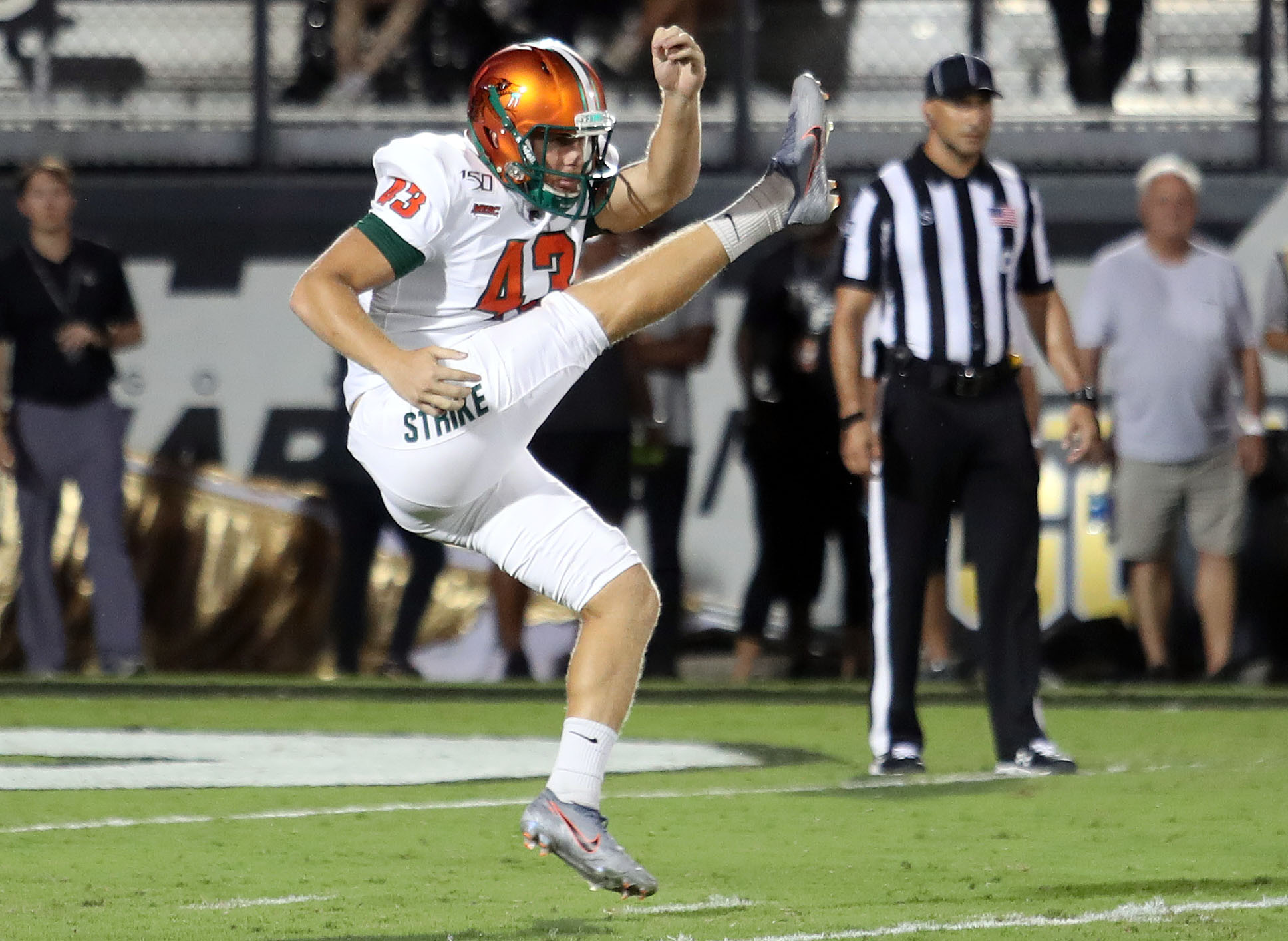 FAMU All-American punter out for season

FAMU All-American and NCAA-leading punter Chris Faddoul is done for the 2021 season.

Faddoul, who is also the holder on field goals, appeared to go down untouched on a fake field goal.  As it turns out, his body was reacting to the trauma impacted on him during a punt from the end zone against the USF Bulls shortly before the play.  Faddoul’s knee was totally shattered on the play.  Curiously, the referees in the game never even called a penalty on the offender.

“I guess I jinxed myself because in arguing the no-call on the roughing the kicker penalty, I told the refs that they weren’t going to be happy until my punter got hurt,” head coach Willie Simmons said.  “It’s a big loss for us.  Anytime you lose a weapon like Chris, it puts you at a disadvantage.

“We have some kids who are capable of stepping into the duties, but you just hate if for a talented player like Chris.”

Faddoul has led the NCAA since 2018

Faddoul has been one of the top punters in the NCAA FCS and had drawn considerable scouting from NFL scouts this season. The redshirt senior will have another season of eligibility and fully intends to recoup and return to the Rattlers.  His redshirt-sophomore season he was the No.1 punter in NCAA FCS yards-per-punt.  In his redshirt-junior season he was No. 2 in yards-per-punt.  He is a two-time All-American and two-time All-MEAC punter.

“I’m not feeling the best and not the worst.  I know what I will have to endure missing the season and that is as much mentally as physically. I’ve been through my share of injuries,” Faddoul said. “I will miss is going out with the guys I came in with.  The guys in my class, my family and school mates…it’s going to be difficult not to go out with them.”

A “No-Call” from referees ended in injury

The big question in the minds of many is why there wasn’t a roughing the kicker penalty thrown on the USF player that injured him.  Simmons went ballistic on the sideline and appeared inches away from a penalty for arguing with the officials.  Faddoul appeared to shake off the hit, but the severity showed in an ensuing field goal where he was the holder.  A fake was called and as soon as he stood up, his knee gave in.

“I could feel the tear happen.  I knew exactly what happened as I sat there on the turf,” Faddoul said.

That experience came from his freshman year when he tore the ACL of his kicking leg.  There are so many cases where kickers do not recover from that, but he did with a vengeance.  He completed his physical therapy and rehabilitation and emerged better than before.  The season following his medical redshirt, he would lead the entire FCS nation.

FAMU punter on quest to fulfill his destiny

Faddoul was on virtually every special teams watch list in the country coming into this season.  He was picked second team All-SWAC upon just entering the conference.   Everyone in the country knew that FAMU had four highly-probable NFL picks in Markquese Bell, Xavier Smith, Keenan Forbes and Faddoul.

“I really only played one fully healthy season.  I am human so I do question myself..why me?” Faddoul concluded.

Meanwhile, we are awaiting a response as to whether FAMU will protest the no-call with the American Athletic Conference.

FAMU All-American punter out for season