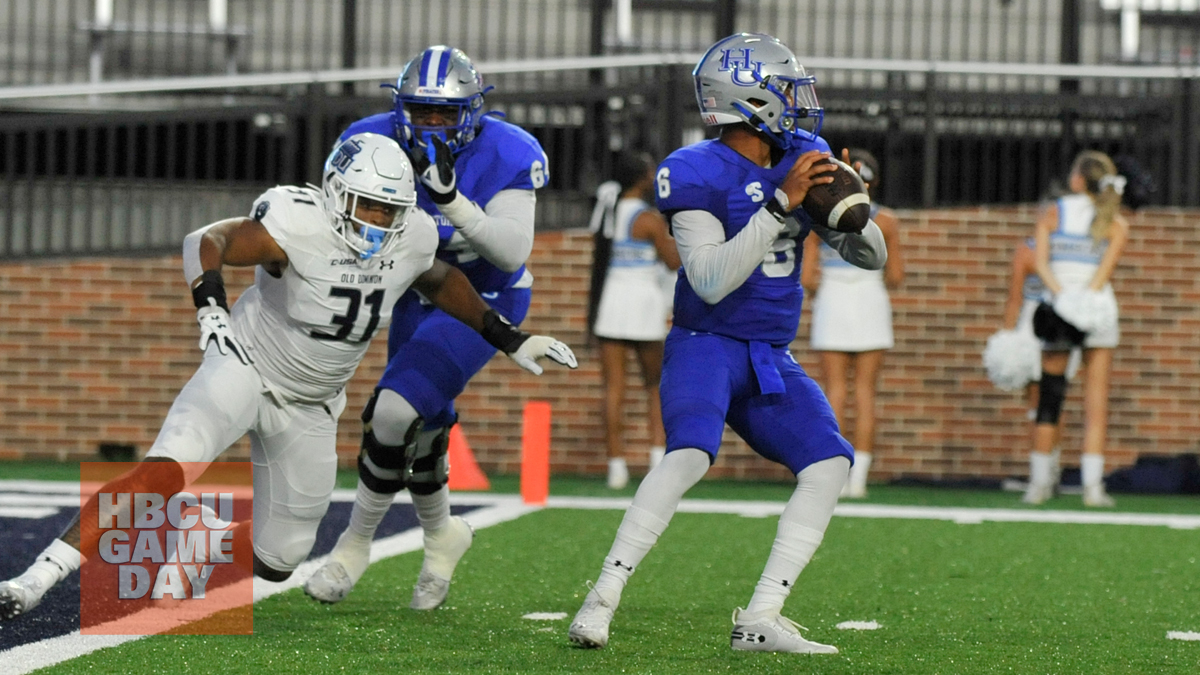 Hampton University took home the inaugural Truth and Service Classic by beating Howard in the “Battle of the Real HU.”

WASHINGTON, D.C. — Keyondre White ran for two touchdowns and the tandem of Jett Duffey and Hezekiah Grimsley connected for a pair of scores as Hampton University defeated Howard 48-32 in the Truth & Service Classic/Battle of the Real HU on Saturday in front of over 14,000 at Audi Field.

White got Hampton on the board first with an eight-yard touchdown run on the first possession of the game.  Howard closed the quarter with a 28-yard scoring pass to tie the game at 7-all.

Hezekiah Grimsley and Duffey connected on a huge 57-yard connection on the ensuing drive.  After a Duffey run to the one, Elijah Burris capped a five-play, 75-yard drive with a one-yard run for a 21-14 Hampton lead with 4:43 remaining.  A 45-yard field goal with 71 seconds left by Howard trimmed the lead to 21-17 at halftime.

The third quarter saw Hampton University force three turnovers.  On Howard’s first drive of the third quarter, the defense struck first as KeShaun Moore tipped a pass and picked it off running it down to the Howard 16.  Three White runs put the Pirates up as he finished with a six-yard blast for a 28-17 lead 12:20 left in the third.

Hampton’s quick strike attack came in on the next possession after starting on its own five-yardline, Duffey hooked up again with Grimsley on a 95-yard scoring strike to lead 35-17.  That scoring pass is the longest in Big South history and the first scoring pass of at least 90 yards since 2009 for Hampton.

The defense has forced its third turnover of the third quarter as Moore forced a fumble recovered by Kentrelle Groom.    On the ensuing play, Darran Butts ripped off a 42-yard scoring run to take the lead to 42-17 with 1:31 left in the third.

A pair of Howard touchdowns in the fourth for Howard trimmed the lead to 42-32.  Duffey put the capper on the win with an eight-yard scoring run with exactly two minutes left to push the advantage to 48-32.