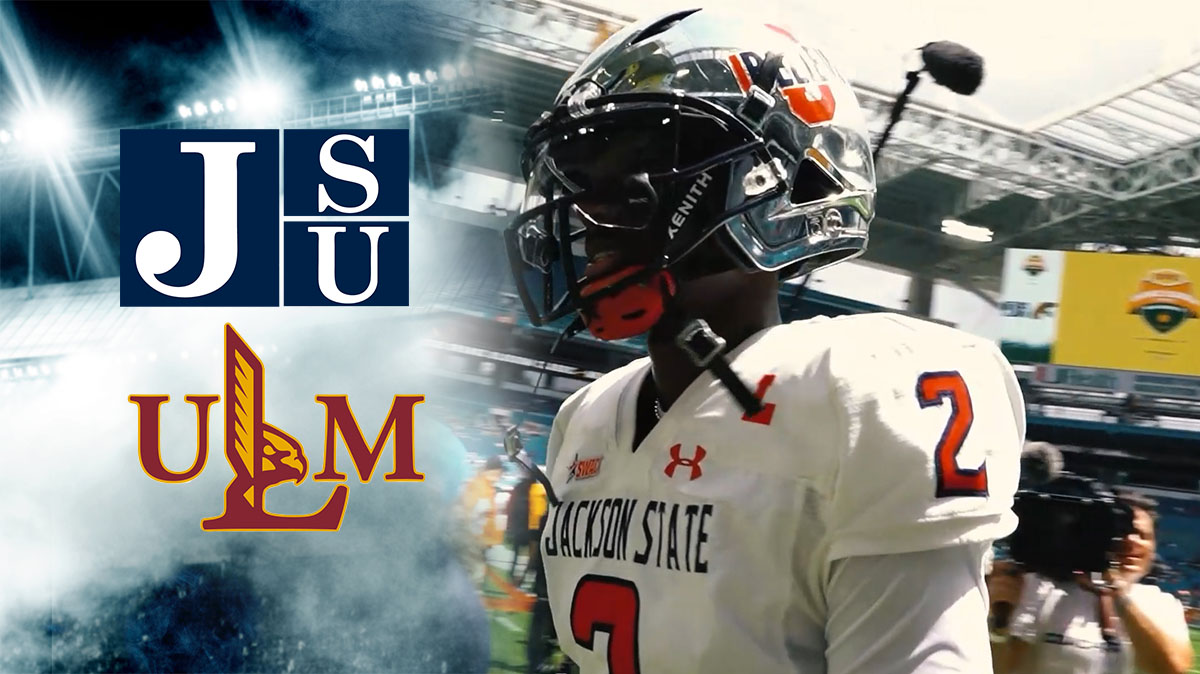 Turnovers costly as Jackson State lets one slip away at ULM

The Jackson State defense did its part, but costly turnovers by the offense allowed its first win over an FBS opponent since the 1970s to slip away.

Jackson State (2-1) led for a great deal of the game before ultimately falling 12-7 against The University of Louisiana- Monroe (1-1) on the road.

The Jackson State defense lost one of its best players before even breaking a sweat on the field. Linebacker James Houston was ejected for targeting after pressuring the quarterback early in the first quarter.

But JSU was stout with its defensive pressure throughout the first half. The only ULM score of the first half was a 29-yard field goal by Calum Sutherland in the first quarter.

Scoring was scarce for both teams

Jackson State would score what would turn out to be the only touchdown of the game for either team in the second quarter. Josh Lanier hauled in a 24 yd pass from Shedeur Sanders with over six minutes remaining in the half. Jackson State took a 7-3 lead into the half.

The second half was a defensive slugfest with some Sutherland field goals mixed in the pot. Sutherland made a 45 yarder in the third quarter and a 42-yarder early in the fourth for a 9-7 ULM lead.

Midway through the final quarter, JSU seemed to be coming together offensively but bad luck was suddenly everywhere to be found.

The Jackson State momentum was halted with eight minutes to go after a Shedeur Sanders first down run was overturned on a replay. After scrambling for the first down, the replay showed that Sanders stepped out of bounds eight yards shy of the first down. The Tigers couldn’t convert on third down and were forced to punt to the Warhawks.

But once again the Jackson State defense held on the ensuing possession forcing ULM into a three and out. But one good turn deserves another. With its best field position of the night, Shedeur Sanders threw his first career interception when Zack Woodard jumped the route of the receiver on first down.

Defense kept the Tigers in the game

The Tiger defense held ULM from building a long drive but the field position from the interception led to another Sutherland field goal. Jackson State now trailed 12-7. With 2:24 to go JSU had one more good chance to retake the lead.

The offense never took the field.

On the ensuing kickoff, Warren Newman was trying to make some magic happen on the return when a well-placed helmet forced a fumble that ULM recovered.

However, Sutherland missed his second field goal of the night and gave the Tigers one last shot. With 28 seconds on the clock and in need of a miracle, Sanders scrambled on first down taking the clock down to 13 seconds. The play was brought back on a holding penalty and the time was chewed up. The Tigers threw for a first down on the next play and tried to spike the ball with three seconds remaining. But it’s against the rules to spike the ball with three seconds or less on the clock and the play ended the game.

Jackson State finished with 269 yards of offense, 19 more than ULM. But the Tigers only managed 26 yards rushing on the night, the one area of the offense that has yet to get going this seaosn. The other telling stat of the night for JSU, the Warhawks recovered two fumbles and forced an interception. Jackson State didn’t create any turnovers.

After three weeks on the road, JSU plays its home opener next week against Delta State.

Turnovers costly as Jackson State lets one slip away at ULM