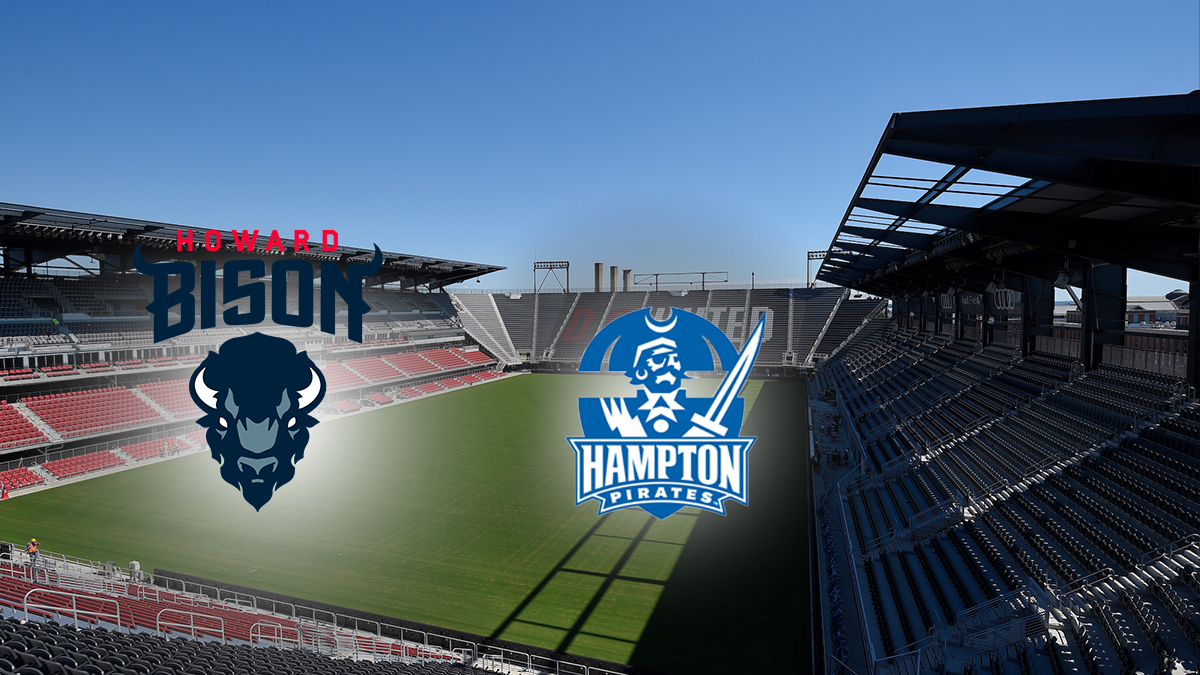 Long-time rivals Howard University and Hampton University will face off in the “Truth And Service Classic” at Audi Field.

One of the oldest HBCU football rivalries will take place in shiny, new Audi Field.

Howard University will host rival Hampton University at the venue on Sept. 18. The game, billed as the “Truth and Service Classic” will be the first-ever college football matchup at the home of the D.C. United soccer franchise.

The 20,000 seat stadium is located in Washington, D.C., a stone’s throw away from Howard’s campus. Audi Field was designed primarily for soccer use, however, it did house the D.C. Defenders of the short-lived XFL.

The game will mark the first meeting of the two private HBCUs in the DMV since 2016 when the game was hosted as the “Nation’s Classic” at RFK Stadium. That venerable facility is now history, as is the classic under which the game took place. Attendance at that game was just north of 13k.

One thing that the “Truth and Service Classic” will have in its favor is timing. It comes at the tail end of the Congressional Black Caucuses Annual Legislative Conference. The game can’t compete with the social events that coincide with the CBC, but it could benefit as a compliment.

The 2017 game was played in Hampton, and the home team came up with a win. There was no game in 2018 as Hampton’s quick exit from the MEAC resulted in no teams from its most-recent conference playing it that season. The rivalry game returned in 2019, but it was in the Midwest, not the East Coast. The game was played in the Windy City as “The Chicago Classic” with Hampton once again defeating Howard.

The two teams were scheduled to meet again last season, but neither program played in 2020.

The series between the two schools dates back over a century, with both schools being founding members of the CIAA. Hampton leads the all-time series 51-42-1.