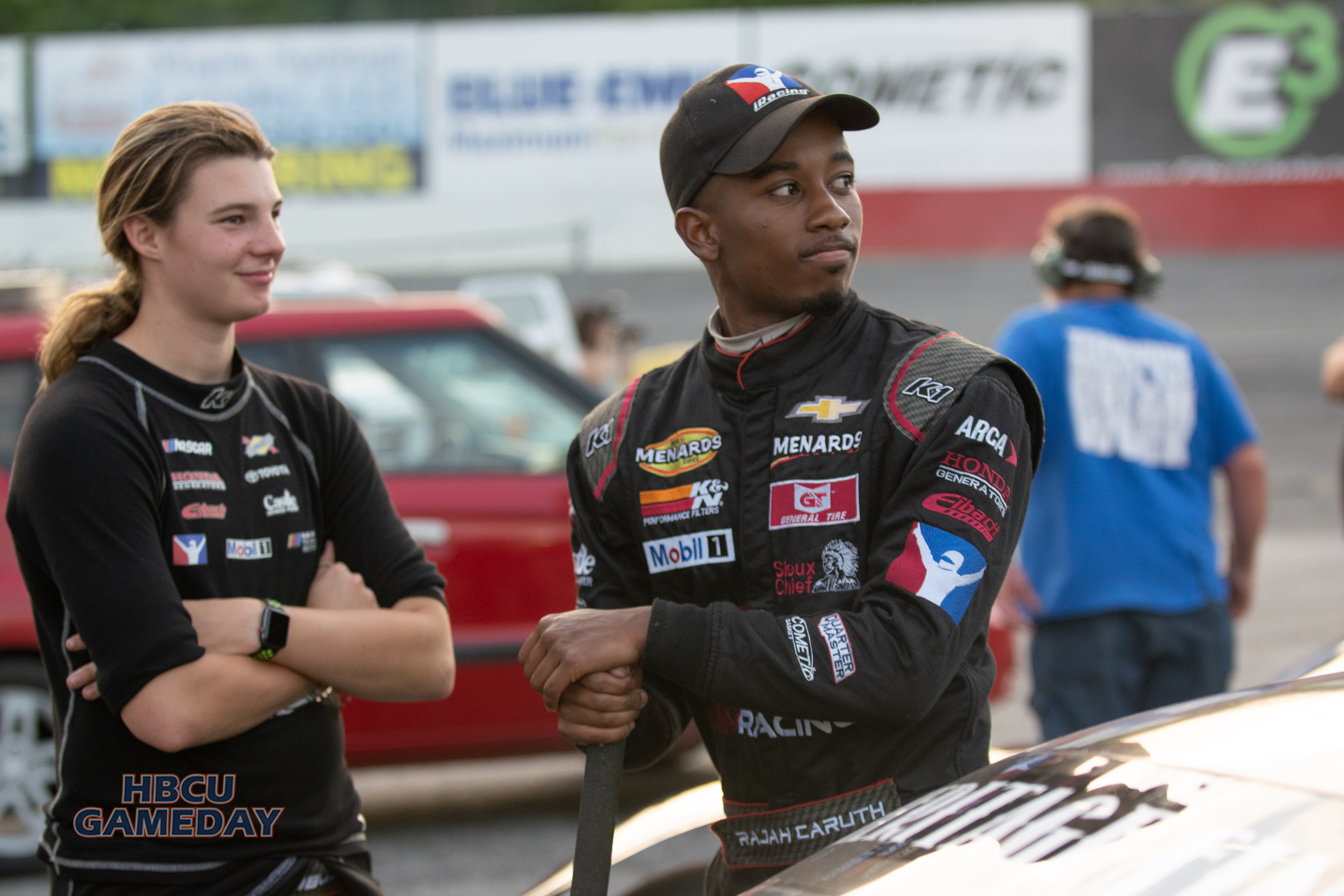 Rajah Caruth to race on FS1 on Thursday

For Sanchez, this will be his first race back in the ARCA Menards Series since racing in the Sprecher 150 at the Milwaukee Mile on August 24. In that race, Sanchez came home with a 12th-place finish—much to the dislike of both Sanchez and the team.

“We were struggling to get the setup down,” according to Sanchez. “We were tight the entire race, but this team never gave up. They really did all they could to assist in giving the car some speed. Wish we could have finished better, but you take every race as a learning experience, and move on to the next one.”

Milwaukee was also the last ARCA start for Caruth, who finished 13th.

“Similar to Nick, we had some trouble all day as well. But, Nick and I had a lot of time to work together on the track, so it wasn’t all bad. That on-track chemistry is something you can only really develop on race day. We did all that we could to make the most of the race.”

“There were definitely some ups and downs, but I know I’ve improved compared to the beginning of the season,” Rajah Caruth remarked. “I made some ‘rookie mistakes’ early on, like pitting when I didn’t need to and racing the car too hard, but thanks to the support of Max Siegel and Rev Racing, I feel like I came out of this season a better driver than ever before. The goal for me now is to finish my ARCA Menards Series East season out on a strong note, whether it be a Top-5, or getting Max Siegel his first ever ARCA Menards Series East win.”

As for Sanchez, he has 2 more races in his rookie ARCA Menards Series season after Bristol: The Sioux Chief PowerPEX 200 at Salem Speedway, and the Reese’s 200 at Kansas Speedway.

Nevertheless, Sanchez is approaching every race like it is his last.

“I’ve said this countless times before, but I just want to win. A championship might not be the focus for us anymore, but getting a win is. I want to end this season on a high note, and bring this team to victory lane.”

Nick Sanchez, Rajah Caruth, and Rev Racing head to Bristol Motor Speedway on Thursday, August 16th, to race in the Bush’s Beans 200. The race counts as an ARCA Menards Series race, an ARCA Menards Series East race, and a Sioux Chief Showdown race. The race will be broadcast live on FS1 starting at 6:30ET with a live stream available on the Fox Sports App. MRN and SiriusXM (XM channel 391, online channel 981) will also provide live radio coverage of the race.

Rajah Caruth to race on FS1 on Thursday