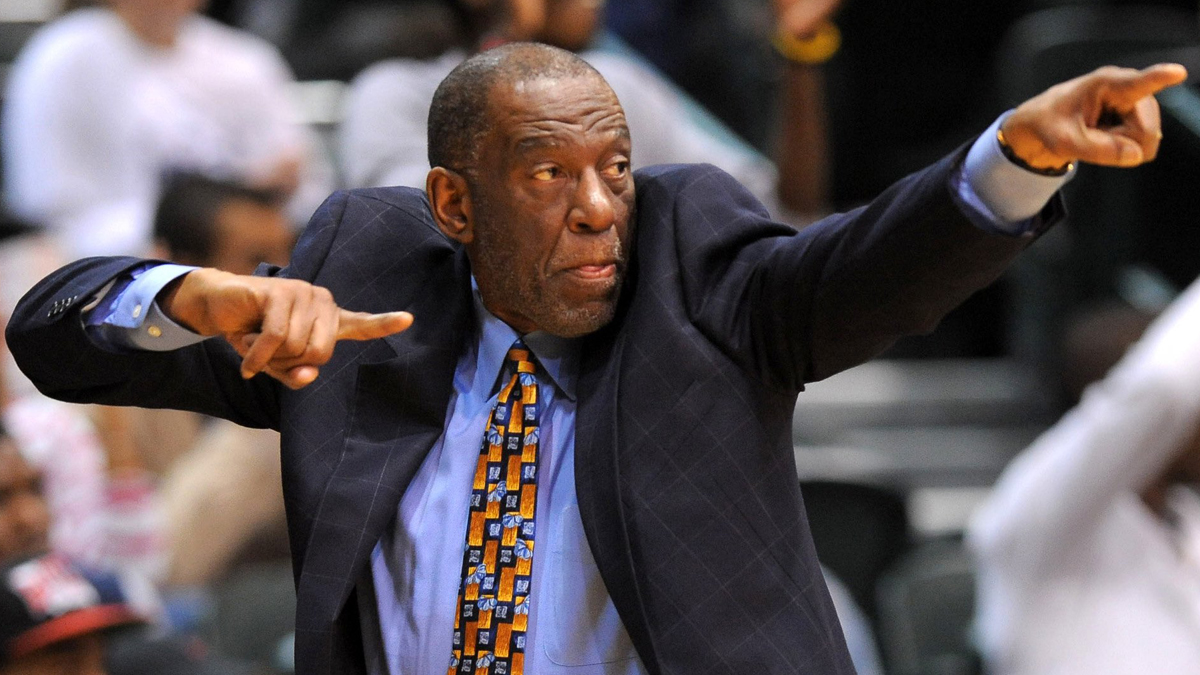 Coppin State legend Fang Mitchell will have the basketball court at PECA named after him this October at the school.

BALTIMORE – Coppin State University has announced that it will name the arena floor at Physical Education Complex Arena after former men’s basketball coach Ron ‘Fang’ Mitchell as part of ‘Fang Day’ on Saturday, October 16. A special ceremony to honor the legendary Eagles coach will start at 1 pm in PEC Arena, followed by an on-campus outdoor celebration which will feature music, food trucks and other entertainment.

“It is a privilege to be able to celebrate Coach Fang and the many accomplishments and highlights of his lengthy career in—not just college basketball—but Coppin basketball,” said Coppin State University President Dr. Anthony L. Jenkins. “His impact was felt both on and off the court, and it is only fitting that we acknowledge that influence at Coppin State University.”

In his 28 seasons at the helm of the men’s basketball program, Mitchell led the Eagles to 429 victories, making him the winningest coach in Mid-Eastern Athletic Conference history. During that time, Coppin won ten regular season championships, including six-straight from 1994 to 1999, four MEAC Tournament titles, and advanced to four NCAA Tournaments (1990, 1993, 1997, 2008).  Starting with the 1988-89 season, the Eagles recorded 11 consecutive winning seasons which featured six seasons with at least 20 victories.

Mitchell, a six-time MEAC Coach of the Year, guided the Eagles to arguably the greatest upset in NCAA Tournament history in 1997 as the 15th seeded Eagles defeated second-seeded South Carolina in the First Round. The historic victory marked just the third time that a No. 15 seed defeated a No. 2 seed in the NCAA Tournament, and was the first win for a MEAC program in the NCAA Tournament.

The Eagles also advanced to a pair of National Invitational Tournaments (1991 & 1995) during Mitchell’s run as head coach. Coppin defeated Saint Joseph’s in overtime in the First Round of the 1995 NIT, marking CSU’s first-ever postseason victory.

A native of Philadelphia, Mitchell’s teams at Coppin were tenacious on defense and made the old Coppin Center one of the best homecourt advantages in the Nation. Starting with a victory over College of Charleston in 1992, the Eagles went on to win 42 straight home games, which was the longest such streak in the Nation at the time. The 1992-93 season was also the first of Coppin’s back-to-back campaigns where it went 16-0 in MEAC play and started a five-year run where the Eagles went 77-7 in conference competition.

Forty-seven of his players went on to earn All-MEAC honors and seven Eagles received the MEAC Player of the Year award.

Prior to coming to Coppin in 1986, Mitchell served as head coach at Gloucester County College for eight years and led the Roadrunners to a 19-11 record in his first season. Advancing to four NJCAA Tournaments (1980, 1981, 1985, 1986), Mitchell’s teams won at least 26 games in seven-straight seasons.

Overall, in his 36 seasons as a head coach, Mitchell’s teams won over 59 percent of their games with an impressive 656-463 record.