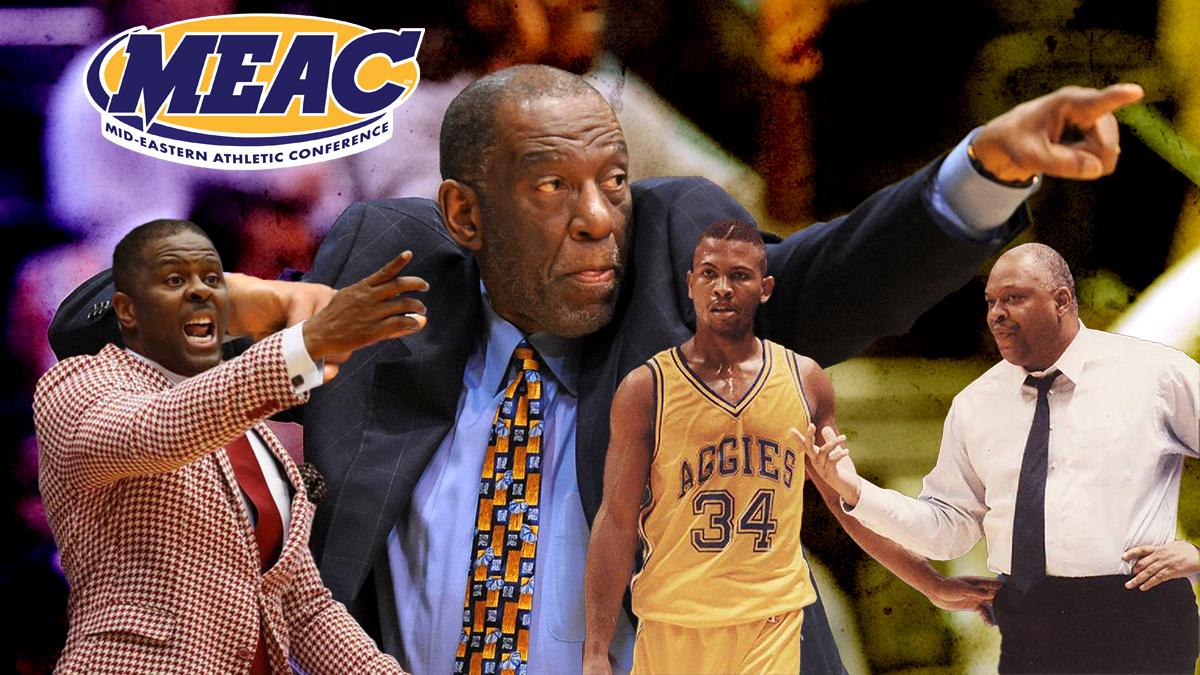 The MEAC has had a number of outstanding men’s basketball coaches in its 50 year history. But who is the greatest of all-time?

Was head men’s basketball coach at South Carolina State from 1987-99 and at North Carolina A&T State from 2012-16… won five (5) regular-season and six (6) MEAC tournament championships at South Carolina State while compiling a record of 204-80 (276-200 overall)…the 1988-89 team won the program’s first-ever conference tournament title and a subsequent berth to the NCAA Div. I Tournament…led the Bulldogs to a total of five (5) automatic berths to the NCAA Tournament…in his first season at NCAT, led the Aggies to the conference tournament title and automatic berth to the NCAA Tournament.

Between 1979 and 1993, compiled a record of 117- 52 in the conference and 254-145 overall…captured seven (7) MEAC men’s basketball regular-season championships in his career…also led the Aggies to seven (7) straight MEAC Tournament championships between 1982 and 1988, tying the NCAA record at the time for consecutive conference tournaments won…won 29 conference tournament games during his 14 seasons at NCAT…won MEAC Coach of the Year a total of six (6) times…an inductee into the MEAC Hall of Fame.

Served as a head coach in the conference with the Hampton Pirates from 2009 to 2018, compiling records of 105-57 in the conference and 153-140 overall…his teams captured two (2) conference regular-season championships and three (3) conference tournament championships…named MEAC Tournament Outstanding Coach a total of three (3) times (2011, 2015, 2016)…named BoxToRow Coach of the Year in 2010-11 and HBCU Digest Male Coach of the Year in 2015…led the program to six (6) postseason appearances…coached one (1) MEAC Rookie of the Year, one (1) MEAC Defensive Player of the Year, three (3) MEAC Tournament MVPs, 10 MEAC All-Tournament selections and 11 AllMEAC selections (six first-teamers).

To be considered on the ballot, coaches must have served as a head coach in the conference for a period of at least four (4) years, must have won at least one (1) conference championship and must have had a winning record.

View the complete list of the 50 outstanding coaches throughout the conference’s history.here.

227
The Latest in HBCU Sports and Culture