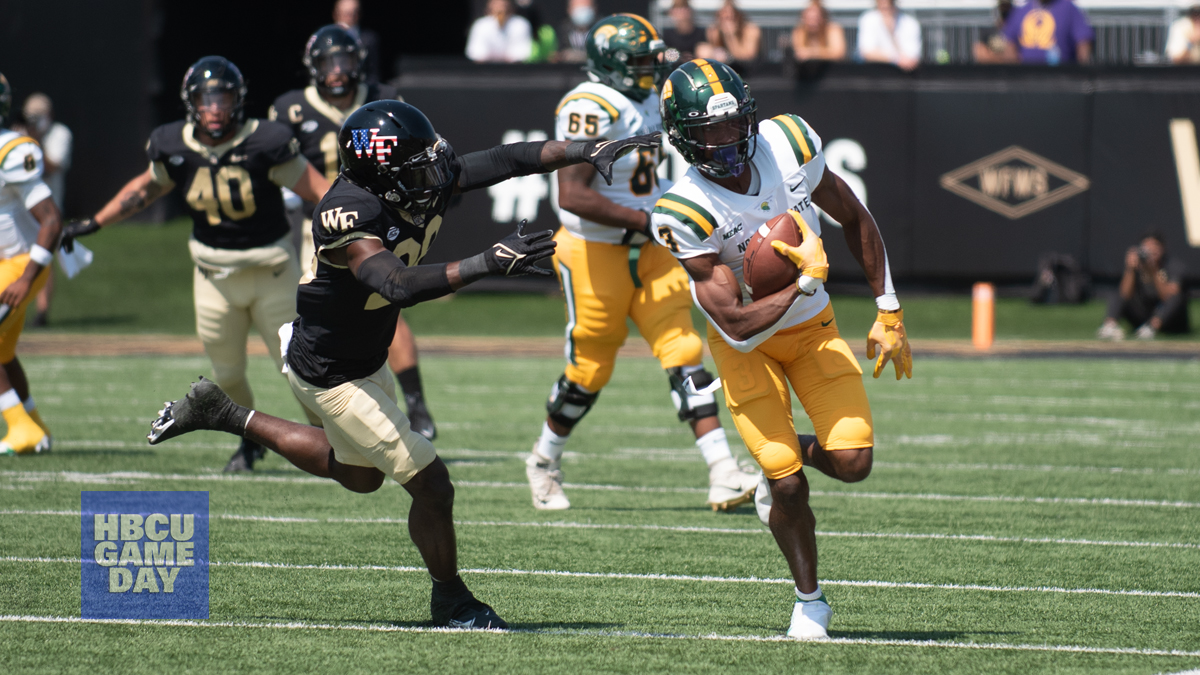 Norfolk State didn’t come away with a win, but it had a solid performance against Wake Forest, its first-ever ACC opponent.

WINSTON-SALEM, NC — Norfolk State didn’t shock the world against Wake Forest, but it did show it could hang with the ACC program.

NSU was able to move the ball effectively on offense and made the Wake Forest offense work in its 41-16 loss.

Quarterback Juwan Carter threw for 195 yards and two scores for NSU, who kept the game tight until the third quarter.

After a successful challenge of a ruled fumble by running back Rayquan Smith, NSU drove down into WFU territory and ate up clock, holding possession for 6:36. It settled for a 41-yard field goal from Josh Nardone to take the early lead.

The Demon Deacons would respond swiftly with 21 unanswered points on three goal-line runs to take a 24-3 lead with 4:35 remaining in the half. The Spartan offense came up with a touchdown drive of their own with a 10-yard pass from Juwan Carter to Rayquan Smith. The missed PAT made the score 24-9 and the Demon Deacons added a 46-yard field goal just before the end of the first half.

That was as good as it would get for NSU. WFU started the half with a 64-yard touchdown pass from Sam Hartman to Jaquarii Roberson to take the lead to 31-9. It scored ten more points, including a seven-yard rush Christian Turner to take a commanding 41-9 lead.

NSU wouldn’t go away, however, managing to put seven more points on the board after a three-yard pass from Carter to tight end Anthony Williams with 6:24 left in the game to cement the final score.

The Spartans amassed 336 yards of offense while keeping the Demon Deacons to 413. They had 20 first downs to the home team’s 22.

Norfolk State will head back to Virginia to prepare for its home-opener next week against Elizabeth City State.