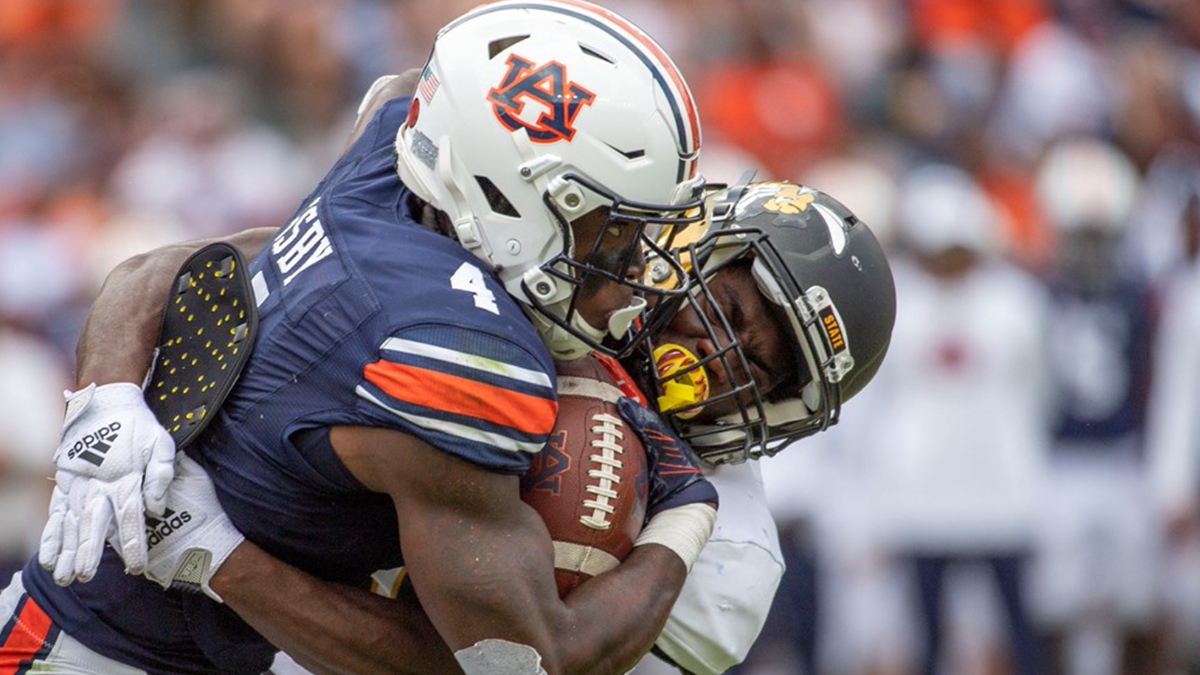 It was a rough day for Alabama State against no. 25 Auburn, but there was a positive to be had.

AUBURN, Ala. | Alabama State attacked No. 25 Auburn throughout the first half even on the first play out of the locker room, before falling to the Tigers 62-0 at Jordan-Hare Stadium on Saturday afternoon.

Alabama State (1-1) held Auburn to a field goal on their opening possession after a three-and-out on the Hornets’ possession. Auburn moved 63 yards on 10 plays, consuming 3:46 to take a 3-0 lead. They extended the lead after a blocked punt at the Alabama State 25-yard line, with Alabama State holding the Tigers out of the end zone with a 23-yard field goal with 2:39 to play in the opening frame.

Alabama State moved the ball down the field midway through the second quarter using 10 plays and moving the ball 72 yards and inside the Auburn 10-yard line following back-to-back passes to Jeremiah Hixon (Monroeville, Ala.) and a personal foul. However, Auburn was able to stop the Hornets and force a field goal that was blocked and returned for 80 yards and a 20-0 halftime lead.

The Hornets opened the second half with an onside kick from Cosmin Diaconu (Prattville, Ala.) was recovered by Tevin Sharpe (Selma, Ala.) at the Auburn 43-yard line. However, Auburn’s defense responded with a stop, and it was all Auburn from that point.

UP NEXT
Alabama State enters an off week before entering eight straight Southwestern Athletic Conference (SWAC) games beginning with Bethune-Cookman on September 25. The game will kick at 5 pm inside ASU Stadium and can be seen on ESPN+.