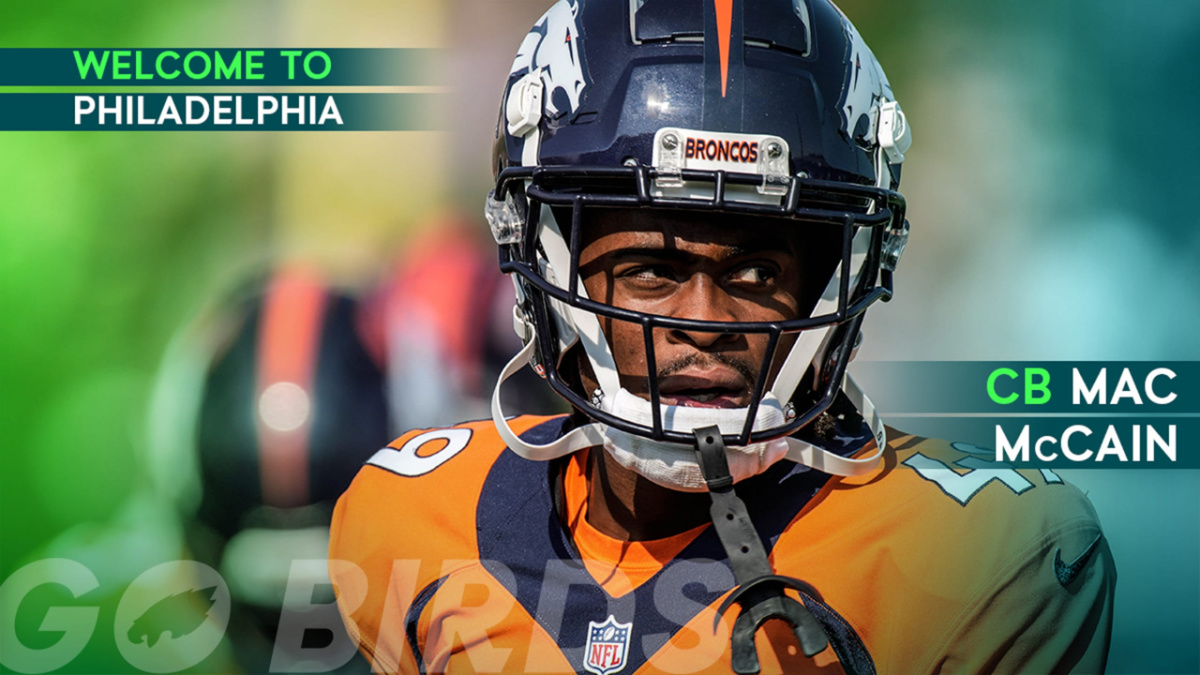 The Philadelphia Eagles announced on Tuesday afternoon that cornerback Mac McCain has been signed to the active roster.

The Philadelphia Eagles announced on Tuesday afternoon that cornerback Mac McCain III has been signed to the active roster.

McCain originally signed a UDFA contract with the Denver Broncos after the 2021 NFL Draft out of North Carolina A&T University. The former Aggie performed well during the Broncos offseason but the team was already crowded with veteran defensive backs. McCain signed with the Broncos practice squad last week after the 53 man roster deadline. The Philadelphia Eagles had their eye on the young talent and signed McCain to their active roster on Tuesday.

Mac McCain balled out in the MEAC and started in all 29 games that he played over three seasons with A&T. His resume includes All MEAC honors in 2017, 2018, and 2019 before the 2020 season was canceled due to the pandemic.

There is plenty of room for McCain to grow in the Eagles secondary. The Birds have veterans Darius Slay and Steven Nelson holding down the outside corner positions as certified starters. Returning slot corner Avonte Maddox is expected to start at the nickel. After that, it is free for all for defensive backs to shine. The Eagles drafted corner Zech McPhearson in the fourth round of the 2021 NFL Draft. His roles aren’t fully defined. McCain will likely start off as a slot corner and make his way to the outside.

The Philadelphia Eagles now have two HBCU alumni on their team. McCain is joining South Carolina State’s Javon Hargrave who is beginning his second year with the Birds.