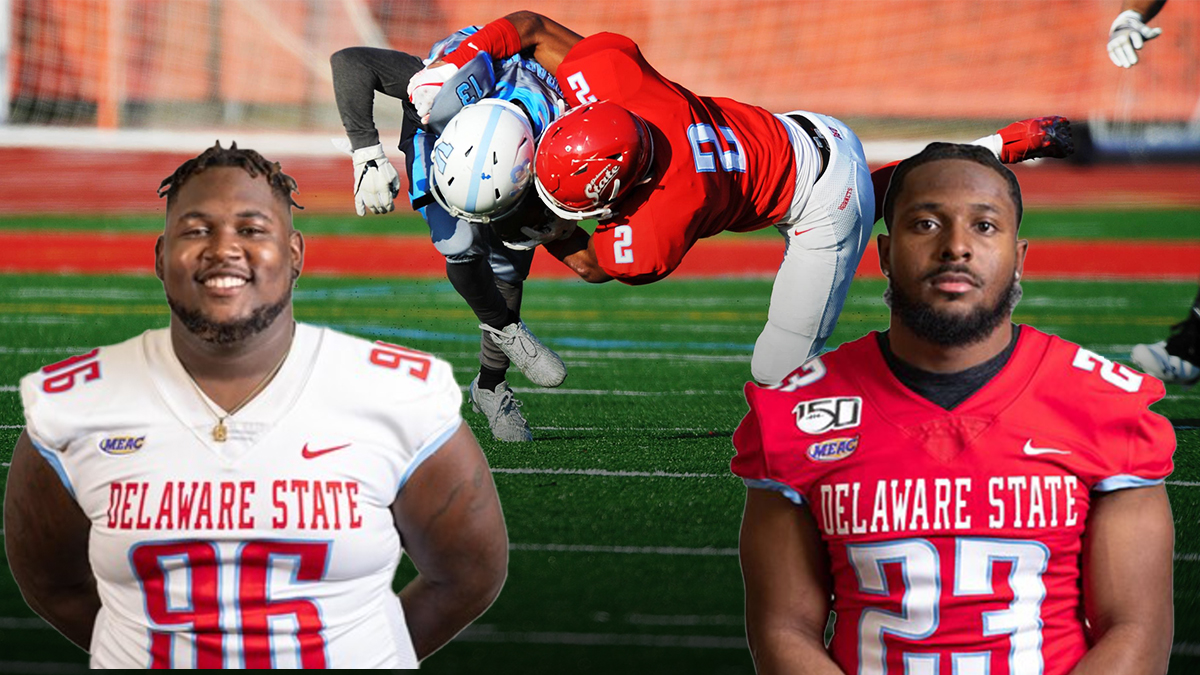 Delaware State brought home several MEAC Player of The Week awards after a big Week One against Bowie State.

NORFOLK, Va. – Sept. 6, 2021 – Delaware State running back Sy’Veon Wilkerson was named the Mid-Eastern Athletic Conference (MEAC) Football Offensive Player of the Week, presented by Coca-Cola, the conference announced on Monday. He was also named Rookie of the Week. Hornets defensive back Esaias Guthrie was selected as Defensive of the Week and picking up Specialist of the Week honors was Delaware State’s Kevin DeShields.

Wilkerson (RB, 5-9, 205, Fr., Chicago, Ill.) rushed for a game-high 92 yards in the Hornets’ season-opening win over Bowie State on Saturday, finding the end zone three times on 26 carries – including an 11-yard score with 5:38 left in the game that put Delaware State up two possessions.

Guthrie (DB, 6-2, 175, r-Fr., Wilmington, Del.) had two of the Hornets’ four interceptions on Saturday against Bowie State, racking up a total of 93 return yards. That included his 87-yard pick-six with 41 seconds remaining in the first half.

Neil Boudreau (Morgan State) averaged 41.8 yards on nine punts against Towson, including a long of 54 yards.