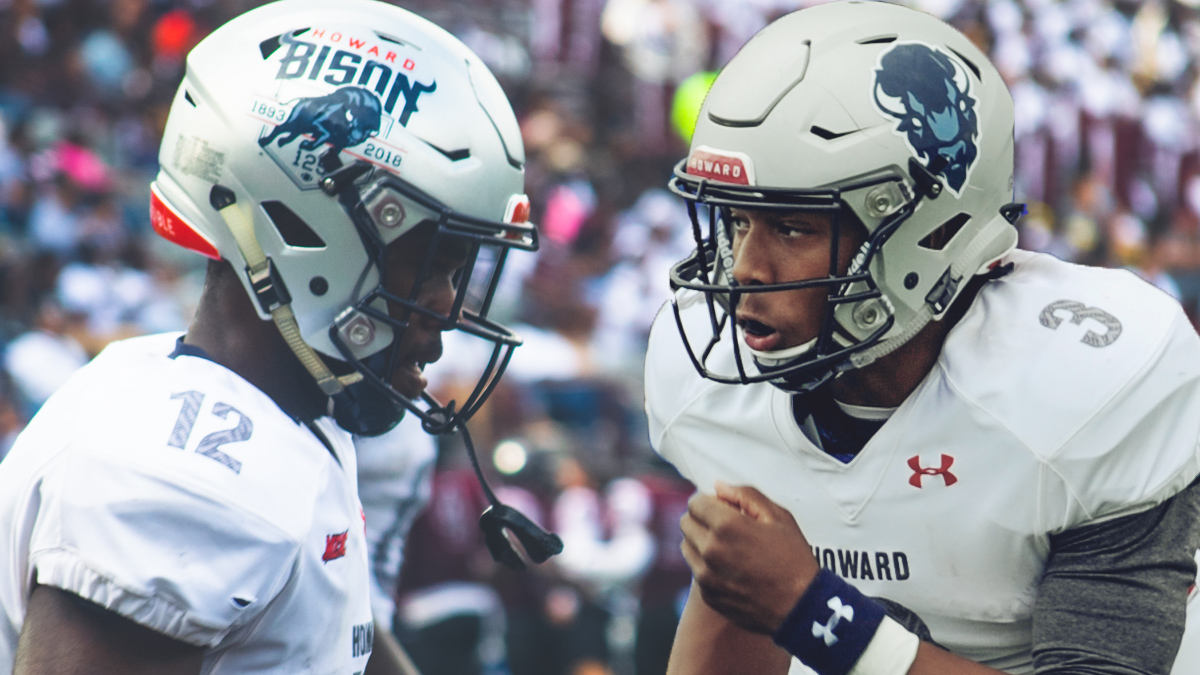 Howard hoping to mature as Ron Prince Era gets underway

As swiftly as it came in, the Mike London Era of Howard University football is over. London left “The Mecca” for another FCS job in his home state of Virginia, William and Mary. The London Era started with great enthusiasm and one of the greatest upsets of all-time in college football, but was middle-of-the road in terms of wins and losses. The team’s Go-Go Offense put up video game numbers many times but it also turned the ball over quite a bit while its defense gave up points by the dozen.

So in comes Ron Prince, a man with over two decades of college football experience, including brief stints at Alabama A&M and South Carolina State in the mid-1990s as an assistant. He takes over an offense capable of putting up video game numbers at times. Leading the way is Caylin Newton, who has become quite a decorated quarterback in just two years. The 2017 Offensive Rookie of The Year and the 2018 Offensive Player of the Year, Newton embodies the highs and the lows of the last two years. Last season he threw for 22 touchdowns to lead the MEAC, and he also threw for 17 interceptions, leading the MEAC in that dubious category as well.

Newton is blessed with two of the best receivers in the MEAC and FCS football. Speedster Jaquez Ezzard has been the best deep threat in all of college football the last two seasons, averaging better than 26 yards per catch. Last season he gained 1,064 yards and caught 12 touchdown passes on 40 receptions in just eight games. He his a home run threat every time the ball is snapped. Opposite Ezzard is Kyle Anthony, a 6’3 205 pound grown man who quietly caught 53 passes for eight touchdowns.

Rounding out Howard’s offensive attack is running back Dedrick Parson, who quietly had a solid redshirt season gaining nearly 1,000 total yards and scoring 10 touchdowns. His running ability, along with the other weapons on offense make the Bison a potent team with the football.

Defensive woes must be fixed

The problem for Howard, at least recently, has been on the defensive end. HU ranked dead last in total defense (448 ypg), run defense (231 ypg) and passing defense (217 ypg). It wasn’t all the defense’s fault, though. The turnovers put it in bad positions, and it spent a lot of time on the field as Howard’s 27:16 time of possesion was the lowest average in the MEAC. Howard does have some talent, sophomore defensive end Zamon Robinson had five sacks last year and defensive back Tye Freeland broke up 10 passes and picked off two of them.

So in comes Prince to try to cut down on turnovers and fix the gaps in his defense. The offense has more than enough firepower to win the MEAC, but it can’t shoot itself in the foot and leave its defense hanging.

“The offense turned the ball over a tremendous amount. Not just interceptions but fumbles. You can’t win the game by fumbling the ball. That’s got to improve,” Prince told HBCU Gameday at MEAC football media day. “Protecting the quarterback has to got to improve.”

The schedule is a tough one, starting on Saturday at Maryland. Rival Hampton is back on the schedule after a year off and there’s also a historic matchup against Harvard, the first time an HBCU has ever played the Ivy League school. After a two-year hiatus, Howard will finally meet with A&T again, but it will be in Greensboro in hostile territory.

Howard hoping to mature as Ron Prince Era gets underway