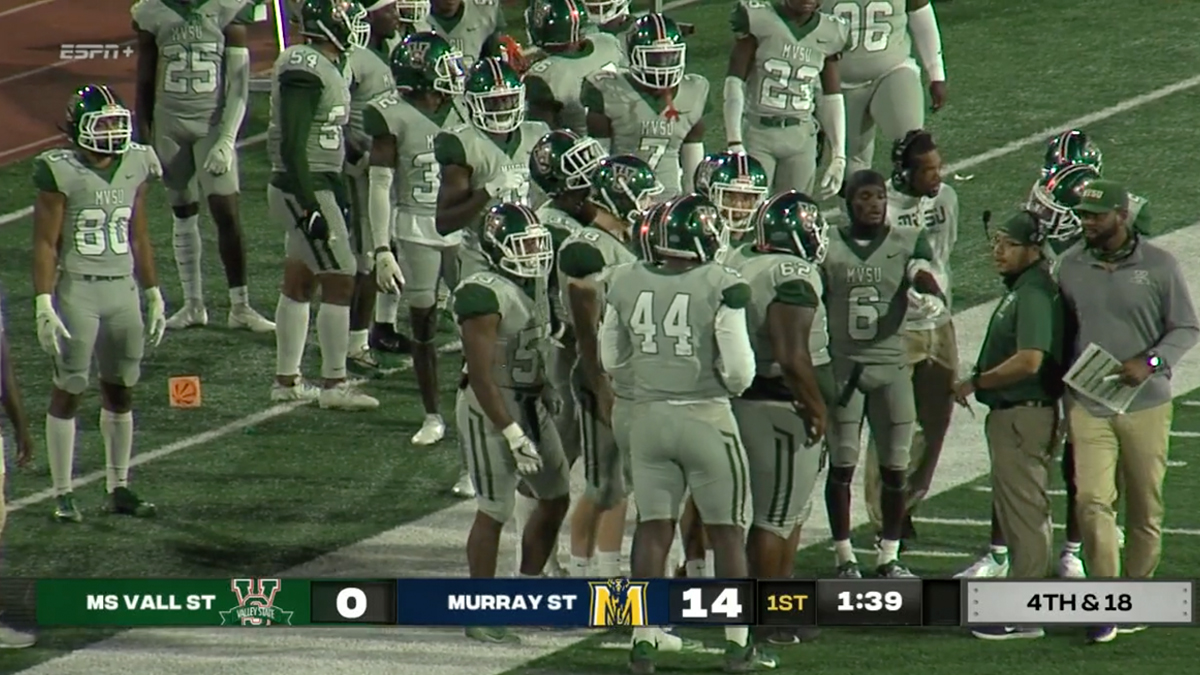 Murray State dominated Mississippi Valley State from start to finish in the season-opener for both teams. Here’s the good, bad and ugly from Valley’s perspective.

After showing a lot of promise and grit during the spring football season, Mississippi Valley State left its season-opener against Murray State without much to hang its hat on.

Valley came out on the wrong side of a 35-0 score to Murray State as it opened the 2021 fall season. And the game wasn’t that close. Here is the good, the bad and the ugly.

Mississippi Valley State will have more than two full weeks to assess where it wrong. Its next game is Sept. 18 against Stephen F. Austin.

Murray State dominated the game from start to finish, racking up 434 yards of total offense while limiting Valley to 162 total yards. The bulk of those came in the run game, where MSU ran wild for 307 yards on 48 attempts for an average of 6.4 yards per carry.

Quarterback Rice Preston was the ring-leader of the MSU attack, running the ball 11 times for 81 yards and four scores on his own. Running back Cortez Jones led the team with a 107 yard, one-score performance. That included a 69 yard run late in the second quarter to get his team to the goalline. Rice would rumble into the end zone on a quarterback keeper to put his team up three scores.

The Delta Devils never sniffed the end zone. It had zero trips to the redzone and ran the ball 33 times for a total of 99 yards. The passing game could only muster 63 yards through the air and was picked off twice.

You never leave a shutout/blowout loss happy, but one thing that will have Valley head coach Vincent Dancey up at night over the next week are the self-inflicted wounds his team encountered. The team was called for nine penalties for 75 yards. True, it’s the first game of the season, but Valley did play in three games in the spring season.

With Valley down 14-0 early in the second quarter, it took advantage of good field position to get into Murray State territory. Facing a third-and-one at the MSU 44, MVSU was called for a false start that pushed it back to a third-and-six. One incomplete pass later, it was punting again. It’s just one play, but there was momentum on the visitor’s side. Maybe we’re talking about the same result even if that false start doesn’t happen. Or maybe Valley cuts that lead to 14-7 and things tighten up.

The Delta Devils have a slim margin for error in games, and their turnovers and penalties combined with the inability to stop the run could spell for another long season if things don’t get better.