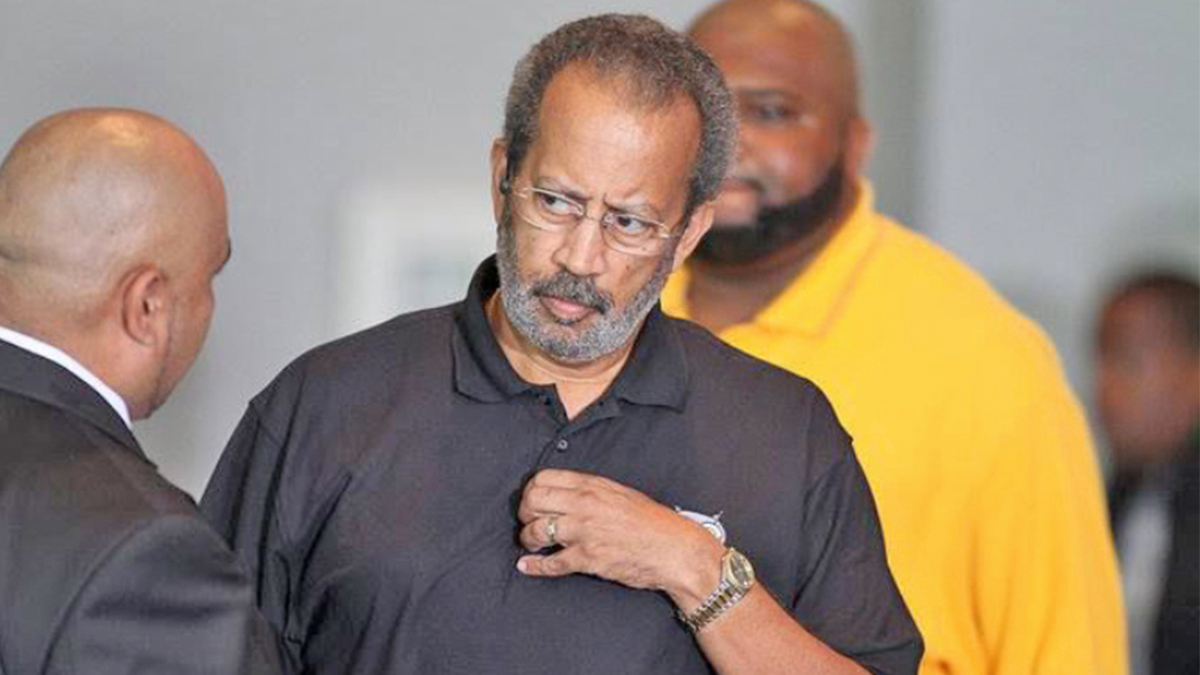 See the list of 2021 HBCU Classic Games and how Eric Moore came to compile it and a host of other HBCU schedules as well as provide mentorship and needed services to individuals, teams and conferences.

Compiling lists of HBCU Classics, team-by-team, and Homecoming football schedules has fallen to one man over the last 35 years – Eric Moore.

Before there was a world wide web or internet, or at least before anyone knew how to use it, Eric was compiling this information and more, every year. But he didn’t just compile relevant football data.

Eric compiled schedules for all the major HBCU sports. He put together lists of HBCU coaches, athletic directors, sports Information directors (SIDs), assistant SIDs, volunteer SIDs, broadcasters and likely anyone else one needed to know, contact or get in touch with in HBCU athletics.

If you don’t know Eric Moore then it’s likely you haven’t been on the inside of the black college football, basketball, baseball, volleyball, tennis, golf, bowling, track and field and any other HBCU sports scene in the last few decades. April Emory penned an in depth two-part piece on Eric for HBCU Gameday.com in 2018.

Genesis of the BCSP

When I had the idea in 1994 of starting a publication for black newspapers covering black college sports that became the Black College Sports Page, the first person I called was Ed Hill, my Muslim brother, and the sports information director at Howard University. Before becoming SID at Howard in 1983, Ed, or Khalil as I know him, had been a prolific writer for the Winston-Salem (N. C.) Chronicle, that city’s African-American newspaper and its subsidiary, a trailblazing tabloid entitled the Black College Sports Review.

The first person Ed told me to call was Eric Moore.

At the time, Eric was a professor in the communications department and a former SID at Fayetteville State University and, as I came to know, the executive director of the Black College Sports Information Directors Association (BCSIDA). BC-SIDA, as it is called, is the organization of HBCU SIDs started in the mid-1970s out of the College Sports Information Directors of America (CoSIDA) Workshop.

The BCSIDA has been extremely active in promoting diversity and inclusion in the industry. The organization gave an award each year to the top HBCU SID named for Cal Jacox (Norfolk State) and Champ Clark, a noted African-American journalist who gave great coverage to black college sports.

Eric provided me with a list of every black college SID in the country with their names, addresses, phone and fax numbers. E-mail addresses? Nobody had one then! He also had the HBCU Classics, team-by-team and Homecoming schedules.

He became my partner, not in crime, but as a necessary entity to launch the BCSP. He even traveled from his home in Raleigh (N. C.) to mine in Danville (Va.) each week to help me get it off the ground. Those lists he compiled, every one of them, have been a staple of the BCSP for the last 28 years.

So as HBCU Gameday unveils the list of the HBCU Classic games for the 2021 fall football season this week (see list below) as well as the 2021 team-by-team schedules, homecomings and TV games previewed in past weeks, know that the credit goes to Eric Moore and Onnidan.com. He is still doing it despite suffering a serious medical issue in the last couple of months.

Eric’s parents, Dan and Onnie Moore, were both librarians. From them is where he gets the name Onnidan and Onnidan.com for the HBCU-centered company and website he operates. His father Dan was the dean of the school of library science at North Carolina Central University and his mother Onnie was head librarian at the Stanford Warren Library in Durham. I’m sure it is from them that he also gets his attention to research and detail. My BCSP has been housed at Onnidan.com for the last 26 years with Eric as the webmaster.

Onnidan to the rescue

Onnidan provides and Eric pioneered computer-generated stats for HBCU athletics and he has provided the services for countless numbers of institutions, inside and outside the HBCU universe. During the 23-year run for the broadcast team of Charlie Neal and Lem Barney of black college games on Black Entertainment Television (BET), Eric and Onnidan became the go-to company to provide statistical services. He has done the same for the CIAA, MEAC, SWAC and SIAC conferences and their member-institutions over the past three decades.

“At Howard, I had to cover 22 sports and had no assistant,” said Hill, who retired in 2017 after 33 years at Howard. “We contracted Eric to do stats for football and basketball. Sometimes he would get there on Saturday and stay until Monday to cover basketball doubleheaders.”

Additionally, Hill said Moore trained a legion of students that have gone on to find work as professionals in a number of related fields. When any of those students ran into problems with the stat software or computers, Moore was always available to troubleshoot and fix the problem even if he was busy working a game himself.

“Sometimes we undervalue the professionalism of people and what they do for us,” said Hill. “But not Eric. There are countless numbers of people in this profession that were impacted by the tutelage of Eric Moore.”

For his countless years of service, Eric was inducted into the CIAA Sports Hall of Fame in 2019. It was a well-deserved honor.

We honor you again Eric now with this list of HBCU Classic, Championship and Bowl Games for 2021.  Get well, my friend!

Battle of the Real HU

In Birmingham, AL at Legion Field

At TBD at TBC

In TBD at TBD

compiled by Eric Moore of Onnidan.com