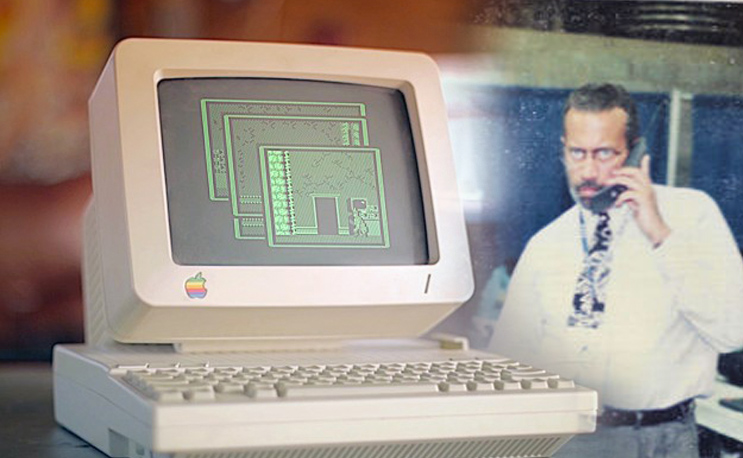 Most HBCU sports fans don’t know Eric Moore, but this innovative mind totally revolutionized how info is stored and shared.

Before breaking bread at last year’s CoSIDA convention, a colleague posed a question to Eric Moore.

“What about the future?” they inquired. “What’s next for ONNIDAN? Do you have an exit strategy?”

Moore: “To be honest, I don’t. I’ve never had those long-term plans so I really don’t know.”

Now for me, it was kind of shocking to hear his response to that question. Mr. Moore (most people, including me, have always called him that) has never come across as the type that didn’t have things timed down to the very tenths of a second. He has commonly been recognized as the HBCU Godfather or “Guru,” always available, always in place and right on time. I, and many others, have solicited his help around the clock over a myriad of topics and the answer was either given or he pointedly steered me in the right direction.

My most recent request came just a few days ago and as always, he came through in crunch time, even as I am no longer in “the business.” That’s just who he has always been. But then it dawned on me. Here is a person who has tirelessly given of himself to a passion for a quarter of a century (or how long I have known him) but I knew very little about him. Ok, bits and pieces here and there. But there must be more to the story, right?

And as it turned out I had barely scratched the surface.

Eric Moore’s hometown of Durham, North Carolina provided a unique perspective when he was growing up. Still living under the laws of segregation, the city had a very (politically) active black community and during his youth, Moore didn’t have to look far for inspiration or validation.

“I got to see people who looked like me do everything in the world,” Moore said. “There were vibrant examples of Black success all around me.”

and operated businesses like Page’s Grocery Store and Weaver’s Cleaners had a very special place in Moore’s childhood experiences. Stanford-Warren Library where his mother Onnie worked as a librarian (her picture still graces the wall), was more than a building with books.  It often served as a  place for community organizations.

You know, pre-internet when libraries were THE SOURCE of everything.

“Having all that around me, I got to live the possible. There was very little I would experience later that I could not find a mentor or someone who was aware of things from a different, positive perspective.”

At one point Moore’s father, served as the Dean of the School of Library Science at North Carolina College. He was also very active on the Durham Committee (on Negro Affairs), an organization whose meetings included a gathering the night before elections to discuss issues that affected the community and draft a suggested ballot. The Committee organized in such a way that voters’ rights were always protected and kept at the forefront.

“The fact that both my parents were in what is now known as information services, it began to shape my thoughts in terms of information, the value of it and how knowledge is power,” he said.

Moore’s father served on the school board and provided an early look at gerrymandering.

“We would drive through neighborhoods and see where school districts lines were drawn to assure that Blacks and Whites went to separate schools. That’s when I began to understand favoritism in the system.”

Moore would have his first experience with the CIAA when the basketball tournament was held at McDougald-McLendon Gymnasium on the campus of North Carolina College in the mid-1950s.

Moore was introduced to statistics when his junior high basketball coach, who was also his neighbor, pulled him aside after practice. He informed Moore that even if he made the team he would not play much. Coach then told him he wanted him to stay on with the team and handle the team statistics.

“He told me I was the only one he trusted and was responsible enough to handle it.”

It wasn’t the first time someone Moore looked up to would give him a push to reach his maximum potential. He lists CIAA Hall of Famer and former Fayetteville State Athletics Director JD Marshall and Norfolk State’s legendary Sports Information Director John Holley as mentors.

“I worked under JD Marshall during my time at FSU and he was always very supportive of my efforts giving me significant insight into athletic administration. John Holley knew my parents so he took a special interest in me. He was a class act and I always admired the way he organized and ran the NSU Sports Information department.”

After 21 years, Moore retired from the UNC system and would devote his full time and energy to ONNIDAN. Since then, he has logged countless hours and miles to cover sporting events, mostly on behalf of HBCUs. Across the SWAC, CIAA, MEAC SIAC, Moore has been a mainstay behind the scenes, courtside and in press boxes across the country providing live coverage online for media and fans.

Moore spent four years as a member of the faculty at Ohio University in radio/television production before finding his way back to a station, first working at WCIN in Cincinnati as the Assistant General Manager. WCIN was owned by Ragan Henry, the first black man to own a network television station and one of the pioneers on broadcast media who would later own more than 60 radio stations nationwide.  He spent some time at the corporate headquarters in Philadelphia learning the business of media management on a national scale.

Moore would later work in radio sales including stops at two other stations owned by Henry, WGIV in Charlotte and WERD in Jacksonville, Florida. He also worked at WAAA in Winston-Salem owned by Mutter Evans, the second African-American woman to own a radio station

“I seemed to have a connection with Black media pioneers (Henry and Evans) and I cherish the insight that each one provided.”

He began another phase of his career in 1984 when he was hired to be Director of Communication at Fayetteville State .

Sports information was one of the areas that Moore supervised, so he began using his media experiences to develop methods of promoting the University through its athletics programs. He also started implementing computer networking to the Telecommunications Center in coordination with the school’s IT department.

Around this time, FSU reorganized the activities of the Telecommunication Center and Moore was assigned to continue as a member of the faculty, giving up the title of Sports Information Director. During his time as SID, Moore would work with Marion Crowe who would later become his successor and become one of the most beloved media professionals in the history of the CIAA. Crowe, who had returned to complete his degree at FSU, had a knack for archiving and served as the manual statistician for all Bronco Athletic events.

“Back then we used a Commodore 64 with two touch pads to score games,” laughs Moore. “This would be around the time that the infancy ideas of what would later become ONNIDAN were born.”

WHAT’S IN A NAME

ONNIDAN was the first of its kind; a one stop online shop for all things HBCU sports  related. It provided updates for games, features and the first and perhaps the most popular message board where HBCU fans could network and interact.

Many years before its inception Moore teamed up with LeCounte Conway and Wallace Dooley to create what was called the CDM Plan. It was established to provide support for Sports Information Departments using computers, which a lot of schools had yet to invest in. CDM (letters taken from their last names) would keep statistics for home events (primarily basketball).

“In later years, it was a running joke between the three of us that I was the one who, because of where I was in my career, had the time to devote to that plan which would evolve into what ONNIDAN would become.”

The name is of a special meaning to Moore, as it is a combination of the two who loved him first, his mom (Onnie) and dad (Daniel).

“As the scripture goes, Honor thy father and thy mother: that thy days may be long upon the land which the LORD thy God giveth thee,” Moore said. “As an only child, it is one of the ways I pay tribute to them.”

The internet was still in its infancy but Moore was keenly aware that changes were coming on the horizon and he knew there was a something missing that could serve the HBCU landscape.

April J. Emory is a graduate of St. Paul’s College and a 20-plus year veteran of the sports industry.