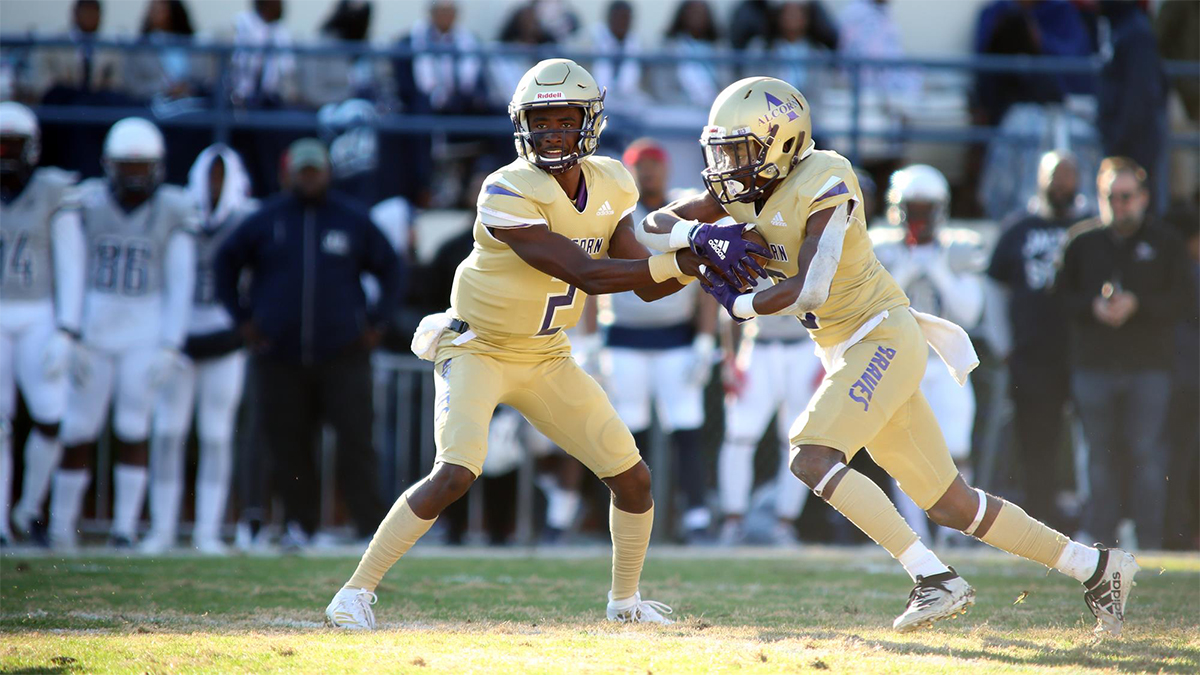 Alcorn State quarterback Felix Harper is one of the top QBs in FCS football. We asked a coach to break down his game.

The 2019 season was a coming out party for Alcorn State’s Felix Harper. He went from backup to SWAC Offensive Player of The Year in less than a full season. He threw for 33 touchdowns to just eight interceptions, completing 60.4 percent of his passes as ASU won the SWAC title and returned to the Celebration Bowl.

We asked a SWAC assistant coach to break down Harper’s game based off his 2019 film. Here’s what he had to say.

Release: Solid but can be a little awkward, particularly when on the move.
Accuracy: A question mark for him, mostly because of his tendency to make throws off-platform or while moving outside of his normal release. Timing throws can be difficult because he is often moving. However, his ability to extend plays gives his receivers a chance to out run coverage and give him larger windows to hit.

Arm Strength: Questionable, while he can make most intermediate throws his deep balls tend to sail and do not drive. This can be a result of his pocket movement taking him off balance but in a head-to-head arm strength situation, he is not as talented as the others.

Pocket Presence: Excellent, his ability to extend plays in the pocket and more importantly find clear passing lanes is outstanding. It helps to compensate for the lack of height when compared to the other quarterbacks, however, the fact that he often has to find these lanes and can sometimes get himself closed off can affect his ability to stay on time with throws.

Playmaking ability with legs: Unquestionably, his ability to make plays with his legs makes him a defensive coordinator’s nightmare. Add that to his ability to maintain his vision downfield while extending plays would make him almost indefensible. However, he has shown that he can get locked in on a receiver and not be able to work through his progression after he flushes. This can lead to wide-open receivers getting missed. When you add that to the drop in accuracy when running or throwing off-platform he can become a bit one-dimensional.

Decision Making: Somewhat questionable. His ability to make plays with his legs can reek havoc on defenses and this lends itself to explosive plays because of breakdowns in coverage and stresses gaps up front helping the run game. However, in games where Alcorn has struggled two things are true: Harper struggles to come off of primary reads and is not able to extend plays with his legs long enough to find open windows. Defenses that can get pressure with four or five man rush can force Harper to try and beat them throwing in smaller windows where he struggles. However, Alcorn has done such a great job recruiting talent and shaping their offense to Harper’s strengths that not many teams can force them to play from behind and make Harper one-dimensional.

The Bottom Line: The kid is a winner, he causes defenses fits and plays with the “swag” of a
championship quarterback. If you want to beat him you have to make him one dimensional, take away his ability to extend plays and make him sit in the pocket and beat you with his arm.

Felix Harper and Alcorn State will take on North Carolina Central in the MEAC/SWAC Challenge on August 28, 2021.