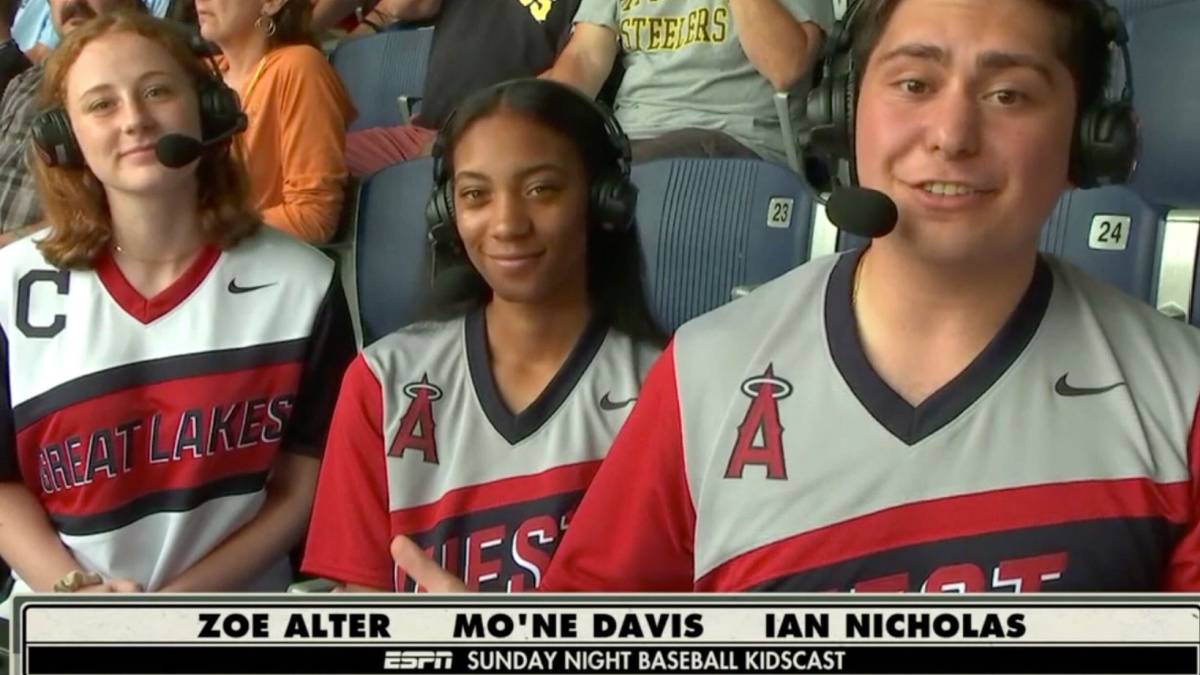 Mo’ne Davis made a name for herself during the 2014 Little League World Series after becoming the first girl to earn a win at the LLWS and pitch a shutout at the age of 13. Seven years later and the now Hampton Pirate infielder is simultaneously playing softball and pursuing a sports broadcasting career.

“I just love being around sports, and being able to talk about them from my standpoint is really cool,” Davis told The Washington Post in an interview. “Especially sports that I’ve played, being able to see them from an outside perspective and relate them to people, it’s something I’d like to do in the future, something that I’m still working on.”

The sports world reacted on Twitter as baseball fans got a blast from the past after seeing Davis on ESPN.

Matt Vasgersian, the play-by-play announcer for the Los Angeles Angels, joked that Mo’ne Davis is already a better broadcaster than Alex Rodriguez. A wise man (J-Cole) said that all good jokes contain truth and it may apply here. Davis surely brought a fresh flair to the broadcast.

You do not see many black women on MLB broadcasts and it was refreshing to see Mo’ne Davis representing one again.

THE FUTURE IS BRIGHT AT THE PLATE AND IN THE BOOTH

Davis was throwing 70MPH fastballs during the 2014 Little League World Series but has since taken her talents to the infield at Hampton. She finished her freshman year third in chances (77), and putouts (46) in a shortened 2020 season. Her stats included a .333 batting average, .357 slugging pct., and a .423 on-base pct. Davis also had three multiple-hit games and two multiple RBI’s games.