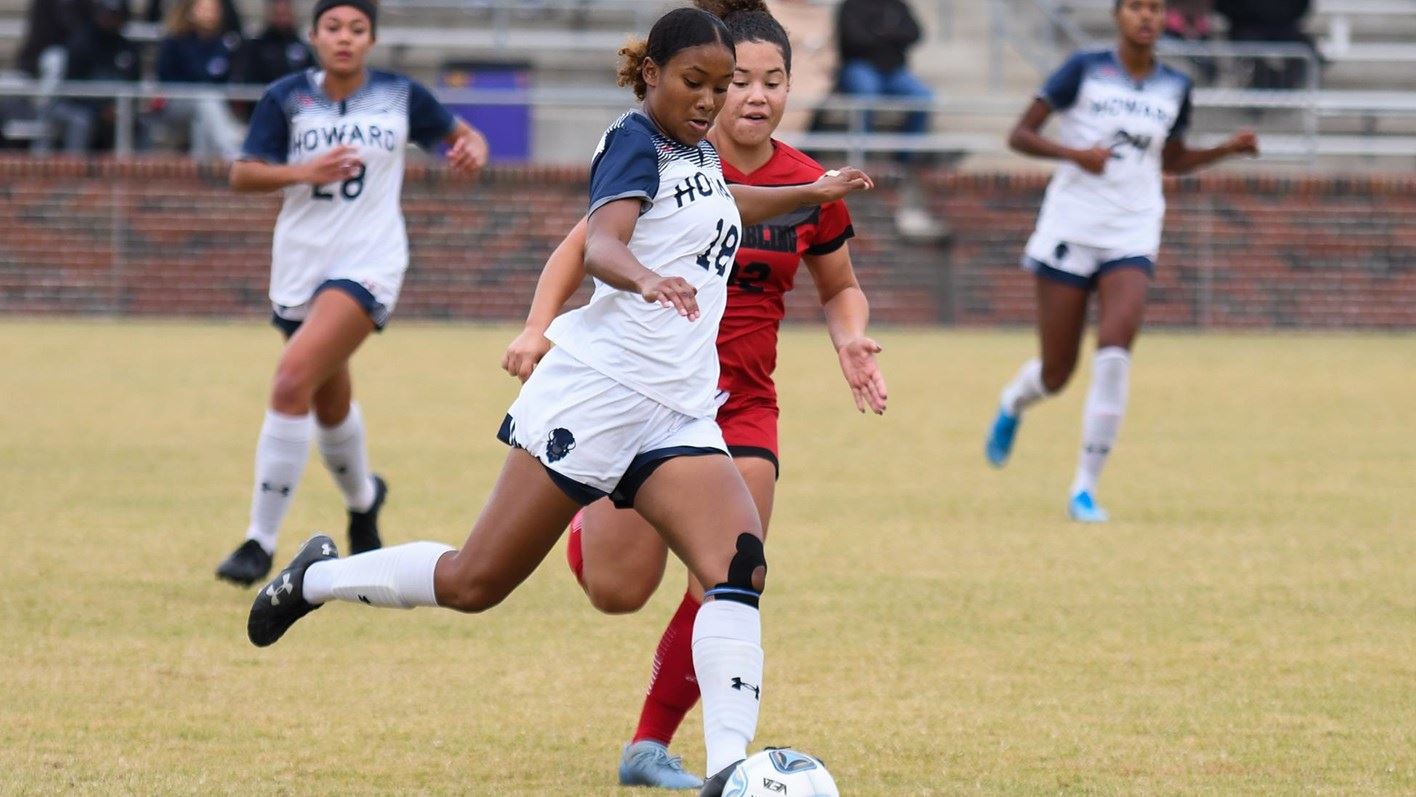 Howard University and Hampton University will compete in women’s soccer against each other for the first time in six years.

PLEASE NOTE: Fans in attendance must wear a face mask/cover throughout the duration of the match.

Bison Nation can follow all the action via live stats.

Despite canceling the 2020 campaign due to COVID-19, Howard enters the year with a solid combination of experience and youth.

Entering the year, more than 20 new faces have arrived at The Hilltop since HU played their last official contest, dating back to the 2019 Southwest Conference (SWAC) title match.

Since then, head coach Brent Lieba and the Bison joined the Northeast Conference (NEC), which the program begins its inaugural season this year.

“We are elated to be joining the NEC this year,” Leiba stated. “We look forward to the challenge ahead of us as we begin to form new rivalries.”

Monday’s showdown will be the first time both programs square off since 2015. In that contest, the Bison rolled past Hampton, 17-0, at Greene Stadium.

Like Howard, the Lady Pirates did not compete during the 2020 season due to COVID-19. Hampton head coach Momoh (Mo) Kanneh enters his third year at the helm, led by juniors Taylor Hosten and Kynnedy Waldon.

On Aug. 27, the Bison face Delaware State in Dover, Del. Match time is slated for 7 p.m.